Would you like to take a ride in my Limozeen?

The game is back on...I found the CD.

Perhaps I should explain. Years ago, my buddy Breto and I went to the local Tom Tom Music exchange to sell some used CD’s. See, back in the olden days (pre-1997), you could sell old compact discs to many music stores in exchange for actual dollar bills (sometimes as many as five or six, depending on the CD). This of course was long before the day you could just hop online and illegally download or bootleg any music you wished.

So one day Breto and I decided to see if we could get some cold hard cash, which we would obviously use to buy more music. Naturally we went together, since between the years of 1993-1999 we shared the same brain. This was the same period during which we evaluated our dates on whether they could correctly identify Donovan as the artist behind the seminal 1960’s classic “Hurdy Gurdy Man”.

In addition to our own old CD’s, Breto had brought along a few of his mother’s old throwaways, including the Dolly Parton gem, “White Limozeen”. (Not a misspelling. I don't know if Dolly's marketing people spelled the title "Limozeen" in an attempt to be hip or whether this is yet another bit of incompetence within the realm of modern country music.) 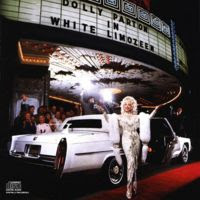 Turns out the Tom Tom people didn’t want “White Limozeen”, because it was too scratched up. Apparently they were more interested in stockpiling copies of the Weezer "Blue Album". Breto didn’t want it, either, so when I dropped him off at his house an hour later, he conveniently left it on the front seat of my 1983 Honda Accord (The Bluesmobile). However, I caught his convenient “leave behind” maneuver before driving off, and so I threw the CD out my open window onto his front lawn before leaving in a cloud of four-cylinder Japanese imported dust.

This was not the end of the White Limousine. Not hardly. Some months later, Breto carefully wrapped the rejected disc and gave it to me for my birthday. Not to be outdone, I returned the favor and gave it to him for Christmas.

Soon after this I departed on a two-year LDS Mission to Chicago (kind of a Peace Corps for Mormons), and assumed our game would end. Nope. Over the next two years, Dolly Parton’s underrated masterwork made its way back and forth between Illinois and London, England, where Breto was called to serve nine months after I left for Chicago.

(Side note: During this time, Breto upped the postal ante, and managed to ship a plastic yellow duck from London to Lisle, Illinois. Not via box, not via foam pack. No, he just scribbled my address on the duck’s underside and stuck a few international stamps on its head. A month later, I get this stupid duck in my mailbox. I will never criticize our postal service again.)

When my two years of missionary service ran out, I returned to Utah, and sought to end the Parton Issue once and for all. In a fit of inspiration, I drove to Breto’s house and sought the help of his parents Anita and Paul. With their blessing, I buried the CD in the family’s backyard, then took three photos to send to Breto: one of the CD, one of me with a shovel, and a wide shot of the yard. Advantage: Josh.

Not so: a week later Breto’s dad dug the thing up by “accident” while working on the sprinkler system, and when Breto returned from England the following September, the match continued.

I am still convinced that the following conversation took place while I was outside burying the CD in the Ostler’s backyard:

Mr. Ostler: (looking out back window) What is Josh doing in my backyard?

Mr. Ostler: Why is he doing that?

Mr. Ostler: And you’re letting him?

Mrs. Ostler: He’s just off his mission, Paul, and he doesn’t date much. I think we should humor him.

Mr. Ostler: Humor, my (expletive). I’m digging that thing up the minute that kid goes home. 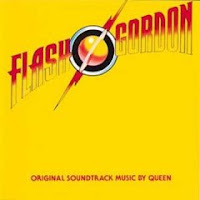 From there another Birthday/Christmas exchange took place, until once again I tried to settle the deal permanently. This time I actually ditched the telltale plastic case and tried to hide the disc itself within the sleeve of Breto’s “Flash Gordon” soundtrack album (by Queen). I had borrowed the album months earlier, and figured that if I returned it with a lot of other stuff, I could probably slip it by undetected. (Especially since Breto didn’t listen to the “Flash Gordon” album much.)

That didn’t work, either. He returned it to me when he gave me back my DVD copy of “Silverado”. Then I lost the CD for several months and assumed that our long journey had come to a close.

Until last weekend, that is. My friend Cherina was visiting from Chicago for the weekend, and was looking through my book collection when she found the disc taped inside the cover of my Marcus Allen “autobiography”.

So now, thirteen years into the game, once again it is my move.

Limozeen Lives.
Posted by The Professor at 3:49 PM