Yeah, so remember that piece I wrote a while back about all of my one-gig stands with different garage bands?  Remember how I told you about the newest one that actually had some potential to go somewhere?

But that's just the bad news.  The good news is I'm in another band, and this time we really have a chance to go somewhere!  Honest!  A few months ago my buddy Dan (the guy standing up in this clip) recruited me into a blues band he was forming.  I joined up, we started playing with these two guys Matt and Chris up in Kaysville (the source of all true blues), my buddy Dustin invited us to open for his band at a bar called The Fifth in Bountiful, the Fifth dumped us all for a radio promotion, Chris left for law school, we picked up a new bass player named Ryan, named ourselves Groove Theorem, and decided to rent out the Layton Amphitheater and put on our own gig in September. 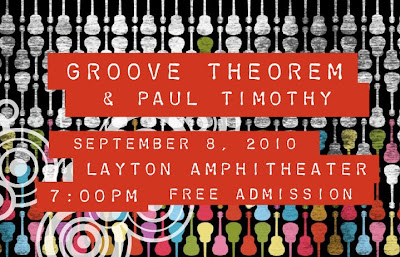 On Wednesday night, September 8th, at the Layton Amphitheater, Groove Theorem will make their public debut, with special guest Paul Timothy (the guy sitting down in this clip).  The performance is free of charge (the rental would have cost us twice as much if we had sold tickets, which didn't seem promising being our first gig and all), and will wrap up before 9PM, so you really don't have any excuses to miss it.  It's a perfect way to cap off your summer, or just continue the epic Labor Day Party you have been riding for 72 hours.

See you there.
Posted by The Professor at 10:19 AM

An Open Letter to LeBron James

I just wanted to write and say thank-you for the last two weeks.  No, seriously.  Summer is typically a sports wasteland for me.  I'm not a baseball guy, not a tennis guy, and definitely not a golf guy.  The World Cup is OK, and football is still a ways off.  So it was nice to have a constant stream of NBA-related news on ESPN.  And from what I can tell, that stream isn't about to dry up anytime soon.

What's even better is that the Jazz got in on the big show, too.  I never figured you'd consider making Salt Lake City ground zero for your magic kingdom, but I was excited that Kevin O'Connor got Big Al Jefferson and Raja "Clothesline" Bell into Jazz uniforms.  For a while there I thought the only Utah moves were going to be all of our unrestricted guys signing with the Bulls. 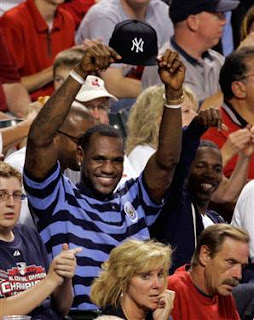 Speaking of which, if you had to leave Cleveland, why didn't you pick Chicago?  I think we can all understand why New York or New Jersey were dubious options (not to mention the career-ending decapitation/ACL tear that awaited you in Clipper-Land), but between Miami and Chicago, it seems to me that The Windy City held a lot more long-term potential.  Really, why wouldn't you want to play with this guy?

That's why the last two weeks has been so interesting for me.  It would be easy to just brush you off as another ego-maniac pro athlete, but there are too many angles to your story to dismiss it.  The Hometown Betrayal angle.  The Superfriends angle.  The Greatest Teammate vs. Greatest Player angle.  In the blink of an eye you went from beloved hero to Public Enemy #1. You turned the Heat into the East Coast Lakers.  You made Kobe likable.  At least MJ waited until his Hall of Fame speech to poop all over his legacy.  And now he's turned on you, too.

But don't get me wrong; aside from the way you treated my mom's hometown, I'd have to say that overall I'm pretty happy with what you brought to the table this summer.  And I can honestly say that I can't wait for next season.

Give my best to the boys.

Josh
Posted by The Professor at 9:27 AM

A Few Thoughts on Lawn Care

I hear a lot of the same questions over and over again...

Where do you get your ideas?
Are you on drugs?
Do you want me to call the police?

Another one came up recently at the Yogurt Stop in Bountiful.  A dozen of us were innocently enjoying our custom made pay-by-the-ounce desserts when a girl in the group sent the conversation onto a random tangent:

"Is it OK for girls to ask guys out on dates?"

About half the guys in the group grumbled slightly, and the other half shook our heads.  Then came an empty awkward silence that said far more than anything we could have verbalized. 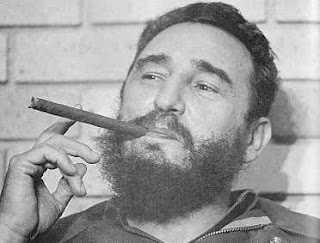 When it comes to dating, I often feel like a third-world dictator.  I only have a fleeting grasp on a small corner of a very big world, but I will cling desperately to that corner until I am assassinated.  I can't choose which girls will respond to my interest, but at least I can choose who to invite.

This may sound sexist in our modern world, and maybe it is, but the simple truth is that if I am interested in someone, I will ask them out.  If I'm not, I won't.

Now, there are alternatives, especially if like most girls you are convinced that the only reason the man in your sights hasn't asked you out is because he is too shy to pull the trigger.  If you want to encourage interest, speak to him in public situations.  Laugh at his lame jokes.  Follow his blog.  Better yet, invite him to a party or some kind of group activity.  Just don't cut his grass.  If you ask him out, he'll think, "hey, isn't that my job?  I feel like I am being metaphorically kicked in my man parts."  And an empty awkward silence will follow.

We don't want to get kicked in our man parts.  We just want to rule Cuba in peace.
Posted by The Professor at 6:57 AM

A Kiss that Fell Short of Greatness

Call it an impulse buy.

Last night--technically really early this morning--after a rare viewing of "Bill and Ted's Bogus Journey," I downloaded a Kiss song.  Not a make-out song, a Kiss song.  Meaning the band.  Kiss.

It was the first time I've ever downloaded a Kiss song.

See, in spite of their stature among the icons of late 1970's/early 1980's Classic Rock--an era I have mined repeatedly--I've never been much of a Kiss fan.  Mostly because I expected more from them.

Allow me to explain:

My first exposure to Kiss came during a family trip to Cleveland, Ohio when I was somewhere in the neighborhood of five years old.  My mom's side of the family lives out there, and while hanging out with my cousin Jamie (who was about twelve years old, if I remember right) I discovered half a dozen Kiss albums in his bedroom. 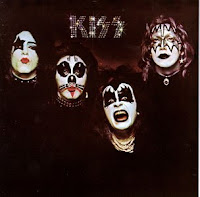 The album covers astounded me.  If the makeup and costumes and overall evil appearance of the albums was any indicator, the music should have come straight from the bowels of Hell itself.  It was almost scary.  It was also kind of cool.

My cousin never actually played the albums for me, though.  We were too preoccupied with his Atari.  Instead, I went on to have my Beatles phase in elementary school, and my unfortunate pop phase in junior high, before cementing my Classic Rock roots in high school.  I picked up a CD compilation of Classic Rock hits because I desperately wanted a copy of "Sunshine of Your Love," and the disc also happened to have a Kiss track: "Rock and Roll All Nite."

I wasn't impressed.  I thought Kiss would have produced the darkest, edgiest music ever, but instead I got this bizarre power-pop rock that kind of felt like it would have been better suited for a Broadway stage.  It turns out Kiss was a lot more Butt Rock than Classic Rock.  More Motley Crue than Led Zeppelin.  Too bad.

I do have to give them credit for the costumes, though.  They definitely took Bowie to the next level.  And given that my first exposure to them came at the same time "Star Wars" was shaping my young mind, it's safe to say that Kiss may have played a small part in the formation of my lifelong interest in the visual arts.  I just didn't dig the actual product that much.

So why did I download "God Gave Rock and Roll To You" last night?  I don't know.  For the same reason I downloaded "Pour Some Sugar On Me" or "Rock and Roll Heaven" by the Righteous Brothers.  Music serves a lot of different purposes.  Sometimes corny 80's rock anthems just sound right.

Bill and Ted would probably agree.
Posted by The Professor at 10:02 AM

I have no idea what this commentator is saying, but it's probably something along the lines of, "this is awesome.  This is way awesome."

Posted by The Professor at 9:33 AM

Labels: "What the-", sports, videos

It's official.  Next January I am going to be an uncle.  A real one.

Beast Wench is having a kid.

Up until now, I have happily served as an auxiliary uncle to several of my close friends' children, with mixed results.  I'm not sure all of them really know who I am.  But in January, all that will end.  My sister--my only sibling--will have a baby, and I will finally be bona-fide.

Coming from a small family, this is a big deal.  Most of my friends have been aunts or uncles for a long time now.*  I have a lot of important life experience to pass on, and it will be nice to finally have someone around who is genetically obligated to listen to me.  While my sister and brother-in-law labor to provide food and shelter for their newborn, I will be there to cover the important stuff.  Namely, to make sure the child grows up a devoted follower of the Utah Jazz, and that he/she sees "Monty Python and the Holy Grail" at a young age, long before the kids at school ruin the experience by doing all the best lines in bad British accents.  I'll be there to block the influence of country music, and to let the glory of Tom Jones shine in.

It's gonna be a blast.

*Yes, I realize that most of my friends have also moved on to give birth to their own children, but from what I can tell, being an uncle is the better gig.  It's kind of like being Vice President: your name is on the ticket, you share in the glory and the prestige, but you really don't have to do anything.
Posted by The Professor at 10:12 AM