In September of 2000 I had a little time to kill in Provo on a Monday afternoon. I was just a few months removed from a University of Utah bachelor's degree, and for the sake of context, my trip south did involve a girl. But that's another story.

With some time on my hands, I decided to take a walk past a place in Provo that held some fond memories for me. A few blocks and a few minutes later, I arrived in front of the Missionary Training Center, the springboard for my two-year adventure as an LDS missionary in Chicago back in the '90s.

I didn't go inside; I just stood out on the sidewalk near that big concrete sign where everyone takes their picture. I don't think they would have let me roam the campus anyway, but I didn't need to. The memories were happy to come out and meet me.

I had never been to the MTC prior to the day my family dropped me off with a couple of brand-new black suitcases and a gray suit from Mr. Mac. November 8th, 1995 was sunny and unseasonably warm, deep into a fall that had strewn dead leaves across the still-green grass. I was my parents' oldest child, the first missionary in the family since my grandfather, and I was so high on fortune and glory I didn't even cry when I said my goodbyes after orientation. It was only after we had parted ways and I'd stepped into the next room to get my crisp, untouched set of missionary discussion books that I realized what I'd done.

By the time I walked out the back door of the administration building onto the MTC campus, a bright orange dot on my shiny black name tag betraying my fresh meat status, the enormity of my two year commitment was slowly tightening around my 19-year-old skull (which still had hair back in those days). As I stepped onto the sidewalk to start hunting down my dorm, one of my suitcases tipped over, and in approximately .7 seconds another companionship was at my side to pick it up, shake my hand, and offer directions. The moment was such a cliche I half expected to find a camera crew hiding in the bushes filming the sequel to the "Called to Serve" video. 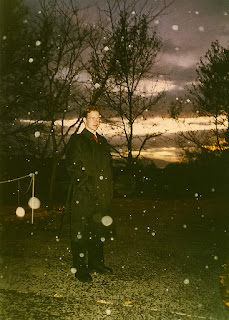 My dorm was located inside one of a dozen hexagonal buildings that dotted the campus, and it was there I met Kenneth Ure, a toe-headed country boy from Kamas, Utah. Elder Ure would be my companion for the next four weeks while we learned the missionary ropes, and he was the only other member of my district who was being sent to Chicago. My now longtime friend Randy was only a few rooms down the hall, three weeks into his two-month training for a mission in France, and a few months shy of the infamous night that would earn him the nickname "Cheetahman." But we didn't figure that out for another three days.

That first night, only a few hours after I'd arrived and a few hours before Elder Vigil's rooster alarm clock would crow the first of 28 unforgettable morning wake-up calls, I lay on my bunk under a cheap orange blanket and wondered what I'd gotten myself into. For three years I'd attended mission farewell after mission farewell, lusting after the moment when I could finally ride off into that glorious wool-suited sunset myself. A late birthday left me with over a year and a half to wait after high school graduation before I turned 19 and qualified to send in my application papers. But now that I'd arrived, I'd found two years of hard work waiting for me in that setting sun, and I didn't know if I was really up to it. All I could think about were the friends I had who were doing the same thing all over the world, in Spain, in Canada, in Australia, in Brazil. If they could do it, surely I could, too.

From there, the memories start to wash together. Plenty of classes with my district, plenty of meals in the infamous MTC cafeteria. (For the record, I never got the runs, and I neither gained nor lost weight during my one-month stay.) There were lots of prayers and lots of studying and lots of role playing, and even a few letters, though never near enough--especially from girls. There was a sprained ankle and a trip to the campus hospital, some time at the Provo Temple, lots of trips to get pictures developed from our archaic point-and-shoot film cameras, and a couple weeks' duty in the telecenter calling real investigators who had ordered the Book of Mormon off the TV. Finally, after a classic Christmas devotional and a MTC choir performance of "O, Holy Night" the night before most of district 45A headed out for the Salt Lake Airport, there was one last district prayer and a late-night conversation with Elder Hunter Moore that lasted long past curfew. A day later I was in Chicago. 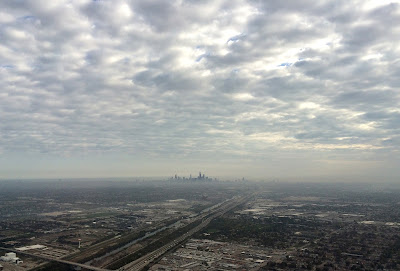 The thing I miss the most about the MTC, the thing I wish I'd enjoyed more back when I was there, was the focus of it all. The years to come would be full of competing priorities: school, work, girls, money... but the mission was one time to focus on one thing, one really, really good thing, and the MTC was my one chance to be surrounded by people who were all dialed in on that same goal. It was the first time the Gospel became something to get excited about, rather than the routine I'd run since childhood. That's probably why I left Provo with every intention to return and teach when my mission was over.

As I stood there outside the MTC, a few years later, a few years older, fighting to turn cynicism into wisdom, I wondered if I should go inside and see if a teaching job was still an option. Maybe I could get a small taste of that focus again. By the time I returned from two years in Illinois, my dreams of MTC employment and early marriage had been replaced with a full-ride scholarship to the University of Utah and a crazy idea about being the next Stephen Covey that lasted two weeks into Winter Quarter. But even with my degree in hand, I had no real direction, and no concrete skills to brandish on my resume. Maybe the MTC could be my key to finding a path again.

I said I never went in, but now that I think of it, I might have gone up to the front desk of the administration building to ask about getting a teaching application. Even if I did, I know that I never followed up on it. Eventually I just kept walking around Provo until this kid tried to recruit me into a multi-level marketing company, and that's when I figured that my trip to Utah County was at an end.

I don't know if working at the MTC would have changed my life, or just ruined the perfectness of the four weeks I spent there the first time around. I haven't been back since, and from what I've read and heard, even my old dorms have been wiped away in the face of a bold architectural facelift. Time just moves on, and nowadays my epic wait to leave for missionary glory would have been cut down to just a few months. Missionaries don't use my old discussion booklets anymore, and I hear a lot of them get iPads and use email and Skype. I think a lot of them are even skipping Provo entirely, and going directly to MTCs in countries around the world.

But whatever the changes, the Gospel of Jesus Christ stays the same, and I hope that to one degree or another, today's missionaries are getting the same experience I had. Even better, I hope they can realize how great they have it. My time in Chicago was incredible, but it wouldn't have been the same without my time in Provo that set those Midwest wheels in motion. 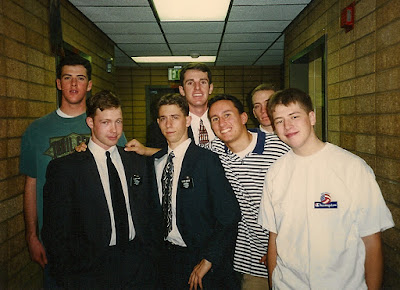 Posted by The Professor at 2:21 PM