Of all of the phenomena in my life that fascinate me to no end, one that continues to beguile me is how the top 10 "most played" songs on my iTunes account don't even close to resembling the list I would make if I were to compile my top 10 favorite songs of all-time. 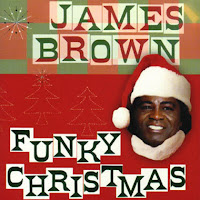 This could be the result of one or more of the following factors:

"Let's Stay Together" was one of those songs that was familiar but ignored until I heard it in the background during "Pulp Fiction." Then I saw Al sing it at Red Butte Gardens and it became an all-time favorite. The Pulp track is miles from R&B, but the building crescendo into the final chorus is a killer.

I found this one while compiling a special zombie-themed CD mix for my sister's birthday a few years ago. I actually had the chance to see these guys at the Avalon two years ago for fifteen bucks, but passed for reasons I can't remember.

The first time I heard this song--in a Kia commercial, of all places--I swore it was a remix of an old James Brown track. Turns out the lead singer of this British band is just JB reincarnated. Just a dirty, nasty bit of badness, this track.

7. "Hold You in My Arms," Ray LaMontagne

The lead track on my sister's wedding video, it's been one of my all-time favorites ever since. Luckily I had the good sense to attend Ray's concert when he came out to The Great Saltair two years ago.

Yep, the "Almost Famous" song. First heard it at a time in my life when I really need it. About a year ago I picked up a DVD compilation of performances from a show called "The Old Grey Whistle Test" that features Sir Elton playing this solo on his piano. Great stuff.

One of many songs I discovered by mining the soundtrack of TV's "Chuck." If that show ever goes off the air, iTunes should sue for future lost revenues.

4. "All the Young Dudes," Mott the Hoople

I had the chorus to this song stuck in my head for about four years before a late-night Time Life infomercial finally let me put a name to it. Four years is a long time to have an unnamed tune stuck in your head, man. A long, long time.

Probably the best use of a stutter in a pop song since Roger Daltrey stammered his way through "My Generation" for The Who back in the 60's. Don't think this song will carry the same weight in the long run, but it's got a chorus hook that will melt your brain.

Every once in a while I try to decide whether my all-time favorite female singer is Aretha Franklin or Janis Joplin. According to iTunes, it's Aretha. My only beef with this song is the studio version ends right as The Queen of Soul is taking off. Real Shame.

1. "Her Mystery Not of High Heels and Eye Shadow," Jonathan Richman

My first and so far only visit to Kilby Court was to see this guy, and it still stands as one of my all-time favorite shows. The renowned Godfather of Punk (and in my opinion, EMO, though in a good way), Jonathan Richman is an acquired taste that is well worth acquiring. Trust me.


* * *
So I don't know...maybe this list is closer to my all-time top 10 than I thought. I definitely like all of those songs. Maybe they represent something I can't articulate consciously. Isn't that kind of what music is about anyway?

My new review for "Tron: Legacy" is online at the Deseret News website:

"Tron: Legacy is a Stylish Update"

According to Rotten Tomatoes, I seem to be in the minority among critics. But Roger Ebert agrees with me, at least. 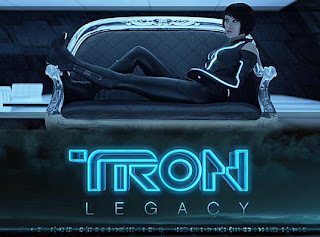 Posted by The Professor at 9:39 AM

A little over a year ago, some of my longtime high school friends and I put together a band to perform at a charter school out in North Salt Lake.  We called ourselves The Guitar Heroes in order to send the kids the message that if they learn to play real instruments instead of fake ones (read: Guitar Hero and Rock Band accessories), you can rock and roll for real. The set was a big success, and the gym full of jumping, screaming elementary ed kids instantly became one of my favorite audiences.

My current band Groove Theorem has been on a bit of a hiatus lately, so a little over a week ago, I hooked up with BretO and Cheetahman again to play a few more tunes for the K-6 crowd. For this year's performance, we wanted to raise the stakes. We picked up an additional guitarist, put together a four song set instead of three, and even wore suits for the gig. We also added an extended Kanye-Disco Coda to the one song that remained from the previous year's set: Neil Diamond's "America."

Just like last year, playing for the kids proved to be a revelation. For one thing, eight-year-olds aren't the harshest of rock critics, so you are able to relax and have a lot of fun (which was good, because my drum kit refused to stay anchored and was shifting around on my risers the whole show). But what was more fun was watching the kids' faces while we played. Some jumped and screamed, others just sat and stared. It was clear that some of the kids knew the drill, and others were getting their first dose of real Rock and Roll. 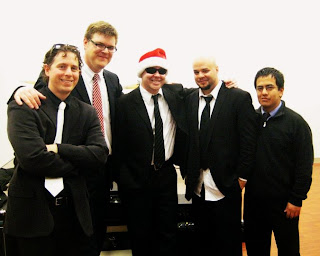 Though our message was the same, this year we went with the name Thunderlips, a derivation of a previous name The Cheetahman and I had used a few years ago with another band (The Atomic Thunderlips Traveling Ministry). We may have to go back to that full name, though, after Cheetahman informed me that another band in Cleveland is already on MySpace under that name. Either way, it was pretty cool to have 300 kids chanting "Thun-der-lips! Thun-der-lips!" at the beginning of the show.

I can't remember the first time I was introduced to Rock and Roll. I remember discovering my mom's Beatles albums in our basement when I was in the fourth grade, and I remember seeing ZZ-Top at the Delta Center when I was eighteen. But I know for a fact that I never had a band come play at Tolman Elementary School, even a bunch of amateurs like us. Those kids are totally lucky.

But I think we were luckier for getting to play for them. 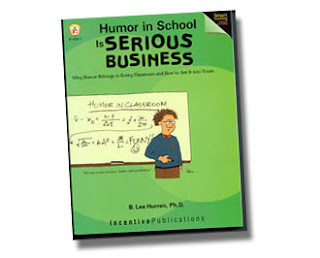 My newest articles for the Deseret News have been posted online. One, a book review for a U.S.S. Enterprise Owners Manual, ran last weekend. The other just ran for Mormon Times, a subsidiary of the D-News. That article is a review of a new book about using humor in education. Shouldn't be too hard to understand my interest in either assignment.
Posted by The Professor at 10:43 AM