A while back I attended my first Poetry Slam.  I've never been much of a poet--typically I leave that department to my sister--but I didn't have anything else interesting going on that night, and thought the opportunity might prove intriguing.  I debated the idea of bringing some pre-written material, but ultimately decided that if everyone else was going to be composing on the spot, then I probably should too. 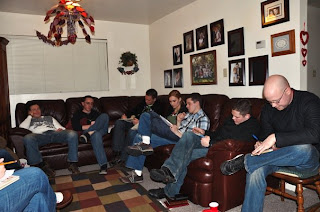 So here are the two "poems" I penned at the event, in all their raw, unadulterated glory.  For the first round, everyone wrote down a Valentines-related topic down on a blank piece of paper and circulated them around the room.  The topic I drew was "Gondola Ride in Venice," which I promptly distorted into more of a "Gondola Ride in the Venitian Casino in Vegas" theme:

floating the canal, we three
the gondola dude, my love, and me
fifteen dollars well spent
nirvana...ooh baby

the Venitian looking so alive
shoppers staring as we ride
my love grabs my right arm
"nirvana," she coos..."ooh baby"

hard to believe, hard to conceive,
that we only met three hours prior
down at the Bellagio
playing keno...ooh baby

our driver, the gondola dude, he smells
of apricot, apples and fine cheese
his shift ends at ten
lobster buffet...ooh baby

i can't remember how i got here
my last memories so hazy
surviving the quantum mind probe
alien abduction...ooh baby

the romantic ride so near its end
elvis looks down from nearby rail
you the man, the king he sneers
chapel 'o love...ooh baby

The first poem was received well, but I felt it was a little too formal, so for the next round I tried to go for something a little more stream-of-consciousness spontaneity, more appropriate for a beat-poet poetry slam forum. I named it after something I found on the inside cover of a nearby children's book. 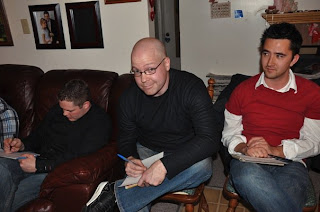 For some reason, this second poem was voted best of the night, largely because my recitation reminded people of Vanilla Ice.  So I don't know whether to take it as a compliment or not.  All I know is that Walt Whitman is probably spinning in his grave.

Posted by The Professor at 9:14 AM

Rise of the Machines

John Connor was right.  The machines are taking over.

Last weekend my roommate/landlord/male model bought an iRobot 110 Dirt Dog Workshop Robot, a wonderful little machine that looks kind of like R2-D2, only if the Godlike animated foot from Monty Python stepped on him and left him to scurry around in circles vacuuming dirt off concrete floors.

This is not the first iRobot product to join the Visser Household.  In fact, the addition of the Dirt Dog officially bringing our Robots vs. Humans tally to the following:

We now have three different robots that are specifically designed to clean our floors.  The original iRobot Roomba handles the general vacuum duties, the Scooba mops the kitchen, and the Dirt Dog has been assigned to the garage.  (And it's only a matter of time until we strap jousts to them and start an illegal iRobot-fighting ring.)

To my knowledge, none of these things display sentient Artificial Intelligence, though John does insist on addressing them with male pronouns like "he" and "him."  When you factor in the dishwasher, the microwave, and the 50-inch flatscreen downstairs that is networked into John's computer, you understand why I recently suggested that I am living at the zenith of my bachelor existence.

The whole thing reminds me of the stark contrast between what I always thought the future would look like and the way it turned out.  By the time I showed up on the scene back in the late 70's, it was pretty obvious that the bleak future of George Orwell's 1984 wasn't going to hit the nail on its dystopian head in time for its titular calendar year, but there was still time to make Arthur C. Clarke's 2001 a bulls-eye.  If we made it to the Moon by 1969, sending a spaceship all the way to Jupiter to contact a giant Hershey bar by 2001 seemed well within reason.  But we didn't.  And nine years later, as we enter 2010--which, ironically, is the name of Clarke's follow-up novel--we've only gotten as far as sending expensive Roombas to Mars.

Based on what I saw in old episodes of "Star Trek" and in the "Back to the Future" movies, I always assumed the future held three promises: flying sports cars, body suits, and little slots in walls that magically made any kind of food you wanted.  We haven't managed any of that, either, but the simple fact that you are reading this blog post on your laptop/desktop/iPhone via a wireless streaming network connection in-between downloading illegal digital music files and watching bootleg clips of the Super Bowl in HD on YouTube is a healthy reminder of we have accomplished.

The world of the present is a far cry from what we knew only a decade ago, and I think that if we looked at it honestly, we'd realize that like the Bushmen in "The Gods Must Be Crazy," we've turned the Coke bottles of technology from luxuries into necessities.

Last Friday morning as I was sitting in my shared cubicle, waiting for my computer to fire up, it occurred to me that everything I did for my day job was entirely dependent on the operational status of that PC.  It was a sobering thought, especially when you consider what sitting around all day will do to your Ch'i, not to mention your backside.  Almost on cue, the office shared drive went out that afternoon, and everyone bailed out early.

I don't bring this up to condemn technology as much as to raise an eyebrow to our dependence on it.  Technology is a wonderful thing, but it might be smart to loosen the tether every once in a while.  My sister and brother-in-law are getting ready to give up restaurant dining for Lent.  They aren't Catholic; they just like a good idea when they see it.  I'm not Catholic either, but maybe I could pull out the old Dyson vacuum a few times in the next month.

...or I could just let the Roomba do it.  I wouldn't want him to feel like he wasn't needed.
Posted by The Professor at 2:00 PM

Pet Peeves and the Philosophy of Car Door Chivalry

Sunday night I found myself in Layton shooting the bull with a dozen girls and my friend Collin.  The discussion seemed to center around two topics:

1. The proper use of apostrophes with regard to possessives.
2. Dating gripes.

The first topic spun from the subject of text messaging, which was surprising since I didn't think anyone bothered with grammar when it came to text messaging.  The second came up, I think, because the twelve girls thought it would be fun to put the two guys on the spot.  Everyone started bringing up their biggest dating pet peeves, and within no time, we were knee deep in an analysis of that old dating stand-by: door etiquette.

I'm not talking about doorstep etiquette.  I'm talking about opening car doors etiquette.  Maybe it's because I've been dating since the Clinton Administration, but I still find it astounding that when the opportunity presents itself to dig deep into the innate conflicts between the genders, people can't get past this dumb little hitch.  Personally, I'd be much more interested in discerning the answers to more pressing issues, such as:

1. How do you ask a girl out in her place of business?
2. How do you tell the difference between "Playing hard to get" and "She's waiting for you to just go away?"
3. What is Evangeline Lilly's phone number?

But no.  We're still stuck on, "should you open the door for her to get out of the car, or just to get in?"

Here, let me solve the mystery: If you get out of the car and she's still sitting there, go open that door, too.

Eventually the discussion wrapped back into a more general conversation about dating pet peeves, which I failed to enter officially, partly because I don't harbor a lot of "on the date" pet peeves.  Most of my gripes are based in the before and after stage of the date, and that's a topic for another, more bitter post.

The other reason I didn't pipe up is because last night's discussion involved a lot of talking back and forth across the room and yelling and mini-conversations and random tangents, and in those situations, I'm a lot more likely to sit back and enjoy the ride...then write about it the next day.  But for those who were curious...

When you go on a date in Salt Lake City, you stand a better-than-average chance of running into someone you know over the course of the evening.  When you do, the courteous thing is to introduce your date to your friend.  The non-courteous thing to do is stand there and talk to your friend for a really, really long time while your nameless date stands there twiddling his/her thumbs. (Just for the record, even if you do introduce your date, you still shouldn't carry on the conversation for longer than, say, 30 seconds.) 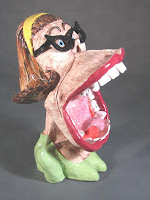 As a guy, I enjoy the luxury of being the one to initiate the majority of my dates.  This means I usually go into an evening assured that I'll be able to hold a decent conversation and have a good time, and most of the time, I do.  However, two of my most disappointing dates happened because in spite of a wealth of common interests, the girl I took out was only interested in talking about herself the whole night.  Whenever I tried to chime in with any parallel experience I'd had that might augment her monologue, you'd have thought I'd just suggested she get a gym membership or stop eating chocolate.  Seriously, the vibe was tangible.  On the more recent of those two dates, I physically had a headache by the end of the night.

Most of the time I'm not the kind of guy to push the physical side of the relationship.  I know that sometimes it happens quicker than others.  But I also understand that giving someone a hug with both arms does not constitute an amorous relationship of any legally binding degree.  Now, if you're holding a purse and some leftovers in one hand when the inevitable Doorstep Scene occurs, that's one thing.  But if after a month of dating you're still acting like you have nerve damage in half your body, the message you're sending is that I'm a walking meal ticket, and not much more.


*    *    *
The funny thing about those dating vent sessions is I never know how to take them.  As we sat there and listened to all the other girls share their horror stories the other night, Collin and I couldn't decide whether we should feel satisfied or depressed.  On the one hand, we knew that there were guys out there who were screwing up a lot worse than we were.  But at the same time, we were still single.  I mean, if we were showing up on doorsteps an hour late with bad BO, frothing at the mouth and expecting our dates to pay for a quick run to Arby's, at least we'd have a reason for the resulting rejections.

We knew one thing though: We had the door thing down.  And that has to count for something.
Posted by The Professor at 1:46 PM