We were gathered around our table near the edge of the buffet floor when the fatigue took hold. Randy staggered off to the dessert bar to pick out the capstones of his evening meal. Brian was slumped across the table, staring through me with a look that said any attempt to finish the last half-dozen cocktail shrimp on his plate might keep him from returning home to his wife and five kids alive. And as I gazed at the half-full plate in front of me, I realized that if I wanted any dessert, I would have to waste some of the unfinished shrimp, flank steak, sausage, salmon, sushi, and edamame I'd gathered on my last run.

"I think I've hit the wall," muttered Brian. "I may have to skip dessert."

Brian was officially down for the count, but I remained determined. I knew I was near my limit, but I also knew that I couldn’t justify the price of my meal without at least sampling the Caesar's Palace dessert buffet. Yet if I didn't want to feel like an oblivious first-world heel, I at least had to try to finish what I had on my plate. Our trip to the buffet was the climax of a quick weekend trip. 36 hours earlier we'd thundered into town in Randy's black V8 Hemi-powered Dodge Challenger. For him, the excursion was work; he was making his yearly pilgrimage to Sin City to attend the annual vendor's expo at The Venetian, and he had $40,000 worth of outerwear and $6,000 worth of yoga pants to prove it. For Brian, it was a rare timeout from the responsibilities of work and family. For me, it was a chance to spend the weekend with two guys I'd known for over twenty years. Plus I was curious to see if there was a difference between Salt Lake City inversion and enough second-hand smoke to choke three chorus lines of showgirls.

The Caesar's buffet was probably the most Vegas-like event of our trip. When you’re a non-drinking, non-smoking, non-gambling, non-strip clubbing Mormon on a budget, Sin City is kind of a useless destination. Sometimes you can build a trip around a concert—I’d made the trip in the past to see the likes of James Brown and Eric Clapton—but the 25-foot billboard of Faith Hill's road-weary stare outside the Venetian wasn't doing much for us. Still, when you’re a photographer, you don’t need high-priced events for entertainment, and I had become obsessed with immortalizing the sad hooker-peddlers that lingered on street corners clapping pass-along cards at you. After two days of taking pictures, hanging out in the hotel hot tub, and watching our food budget, our last night in town felt like a good time to hit up a traditional Vegas buffet.

The trouble is the Vegas buffet means different things depending on where you are in Vegas. On your way into town, billboards advertise rock-bottom prices for prime rib and seafood, and usually inexpensive room rates as well. The theory is that bargain-basement food and lodging will translate into more money in the slots, but once you hit the heart of the Strip that theory busts like a bad hand of Blackjack. The top-ranked Caesar's Palace buffet is priced at a staggering fifty-bucks a head, and the only reason Brian and I agreed to get on board was that our gracious leader offered to spot us $20 each so he could get his crab legs fix.

With that in mind, you might assume that no matter how quality the experience, the price is too high to get a clear thumbs-up. But for $30? That was a more compelling discussion. The buffet at Caesar's, dubbed "The Bacchanalian" after the Roman god of wine, is located at the west end of a vast web of casino rooms, ensuring that casual patrons of Caesar's Forum Shops at least get a brush of temptation before dining. We arrived around 7:30pm and found a bank of automated reservation kiosks, just one feature that made entrance feel more like going through airport security than grabbing a bite to eat. The plus side is that once we confirmed our reservation and the little computer told us we had a 102-minute wait for seating, we were free to wander around at our leisure rather than shuffle through a massive herding line for an hour and a half. My comrades and I used the window to take in another Bellagio fountain show and add a hundred extra photos to my portfolio. 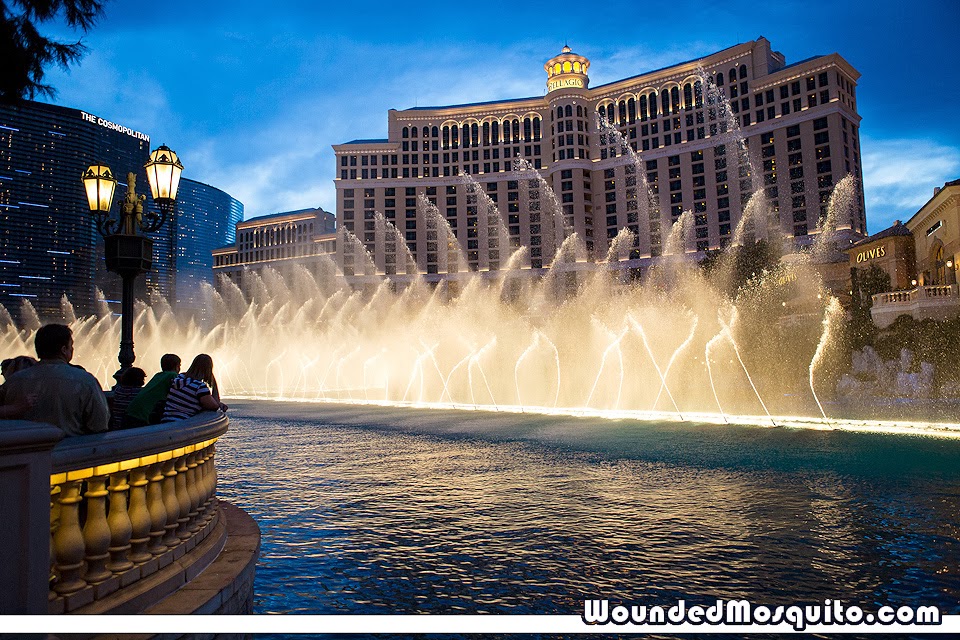 When we did get back, we still had to pass a series of checkpoints before landing at a remote table on the far side of the establishment. Along the way we posed for a group picture that was anything but complimentary, and were given a small flap of rubber that was supposed to keep you from burning your fingers when you picked up the hot plates. Eventually we placed our drink orders with our waitress (wine enthusiasts should note: Bacchus doesn’t include alcoholic drinks in the $50 head price) and set out in search of food.

The forgettable set-up didn't appear to have any symbolic design in mind, and unlike the rest of the multi-acre complex, the buffet area wasn't littered with the half-to-fully naked statues that generate that odd “tasteful, yet tacky” vibe you encounter so often on The Strip. Maybe concrete naked bits aren’t good for the appetite. Tables were strewn throughout a mood-lit main room, and on its far left-hand side, the buffet wound around a perimeter that transitioned through genres from seafood to Italian to "that place where a guy chops up random pieces of meat for you." For my first run, I went straight to the seafood area, loading up on oysters, crab legs (already halved for easier access), cocktail shrimp, and a cocktail sauce that I'm happy to report featured a generous proportion of horse radish. Later I would sample the sushi bar and the cutting table, taking care to work in a cornbread muffin or a piece of cantaloupe to offset my massive meat binge. The buffet offers plenty of non-meat alternatives, including an extensive salad bar and a pizza bar, but any sucker who fills up on buffet-quality pizza and romaine lettuce after dropping $50 on a buffet deserves to lose big on the casino floor.

Throughout our meal, the atmosphere was consistent. Our drinks were refilled and our old plates were removed promptly, though the annoying "thump-thump" beat of the elevator-style electronica playing over the buffet's PA system seemed to drive you to eat faster than you wanted to…probably so the staff could usher in the next wave of mega-diners. The buffet was always well-stocked and clean, and the quality of the food was well above average, though like at most buffets, you got the feeling that no individual item or genre is quite as strong as it would be at a restaurant that chooses to specialize in that item or genre. I've had better shrimp, better sushi, and better steak in other places, but never all at the same spot. $50 is still a stretch, but the Bacchanalian is still a notch above the other Vegas buffets I’ve sampled over the years, including the Bellagio and its underwhelming “Gourmet Night” special.

Once I finally wandered over to the dessert bar, located in the middle of the main room, I grabbed some berry cobbler, a mini-crème brulee, a cookie, and something else I can't remember that apparently wasn't as good as the other stuff. The dessert quality was a good reflection of the buffet quality: excellent for a buffet, not as good as a specialist.

What my comrades and I determined by the end of our meal is that the value of the Caesar's Palace Bacchanalian has less to do with the quality of its food than your capacity for gluttonous consumption. Ten years ago I would have been able to put away two more plates, and even the $50 price tag wouldn't have felt like an unfair hit. But that was ten years ago.

“Gentlemen,” I declared solemnly, “I hate to admit it, but I’m not the man I used to be.”

Nowadays, the buffet experience is justified more by the occasion than it is the food I managed to put away. And as the capstone of a weekend away with two of my oldest and closest friends, it was a price I was more than happy to pay. Brian was, too…right up until the moment he sent Randy and I to Walgreens the next morning to score him some Pepto Bismol. 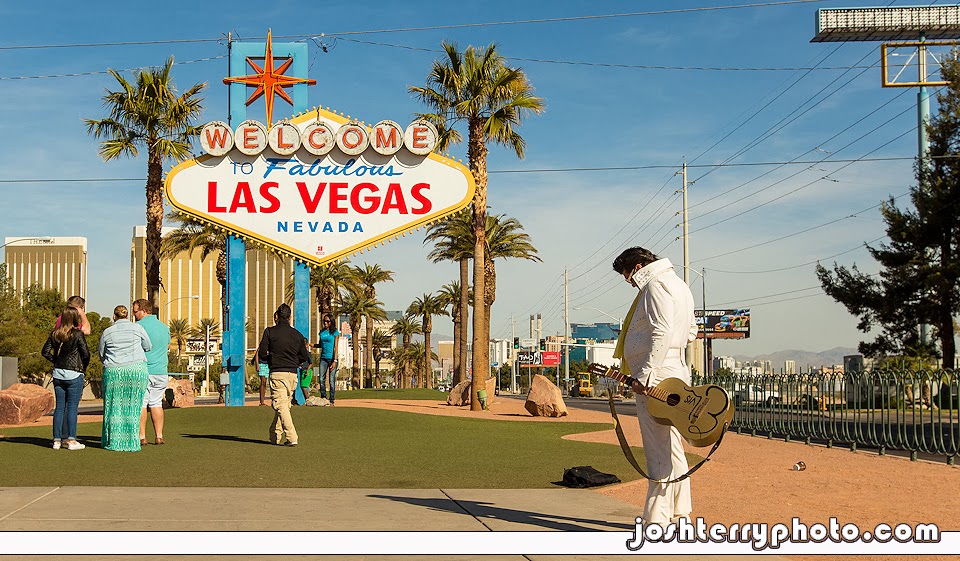