Top 10 reasons to be at the Layton Amphitheater this Friday

This Friday at 8PM, The Daniel Davis Band will be making its triumphant return to the Layton Amphitheater, where we made our public debut one year ago. In an astounding coincidence, our opening band will be Prospect Mali, who I've been playing with since last spring. If it isn't already obvious enough, here are the top ten reasons you should come see the show this weekend:

1. It's free.
2. We will be playing mostly new stuff, not the same songs you heard last year, though still many songs that you know and love and sing softly into the ears of your loved ones in the wee hours of the night.
3. The Layton Amphitheater is a great venue, and not in a, "the musician always has to complement the venue" kind of way. It has high-quality seating plus a big expanse of grass for if you want to do the "concert on a blanket" thing, a very nice sound system, and an upgraded LED light system.
4. It's free.
5. This year we're playing on Friday night instead of Thursday, which means you can't blow it off because of work or school, and you can use it for a date night, an activity for the whole family, or an incognito meeting for your underground survivalist group.
6. There is a definite possibility that Weird Al Yankovic will make an appearance.
7. Two words: It's free.
8. Our bass player has promised to wear pants for every song this year.
9. Two more words: Fog Machine.
10. Seriously, IT'S FREE.

Hope to see you Friday.

Posted by The Professor at 8:45 AM

When I was in the sixth grade, we celebrated the 200th Anniversary of the drafting of the US Constitution by memorizing the classic "We are the People" preamble. In the fall of 1994, I took American National Government at the University of Utah, and enjoyed the course so much I briefly* considered the option of being a Political Science major. Five years ago, on my first (and so far only) trip to Washington DC, I dropped by the National Archives to see the original manuscripts of the Constitution, as well as the Declaration of Independence.

On the way out, I bought a snow globe commemorating the day Elvis met Nixon.

Somehow, in all that time, I never actually sat down and read the Constitution. Not very patriotic of me. But this birthday list thing seemed like an ideal opportunity to remedy that problem, so one afternoon in late July, I googled "US Constitution" and wound up on the government-run "Charters of Freedom" website, where I read the Constitution transcript in full.

What I came away with was surprising. Surprising in that I was pretty familiar with most everything I read. No big shocks, no, "wait a minute, there's a LAW against that?" moments. I may not be the most studied student of US History, but I was already familiar with the setup of the three branches of government, so what I was most surprised by was how simple the Constitution is.

And maybe that's what is so great about it. 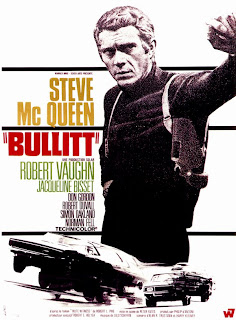 It also occurred to me that the Constitution is probably a lot like a groundbreaking movie (if you'll excuse the tacky pop culture allusion). For example, it's widely accepted that the first real movie car chase took place in the 1968 Steve McQueen film "Bullitt," as McQueen chases some bad guys through the streets of San Francisco in a green Mustang GT. It's a pretty cool scene, but 40 years of car chases in the time since have kind of upped the ante a bit, so anyone raised on, say, the car chases from the Bourne movies are going to look and "Bullitt" and go, "hey, that's lame." (They might also go, "hey, why does Steve McQueen keep driving past that same Volkswagen Bug over and over?", but that's off topic.)

What I'm trying to say is that I think the Constitution is one of those things that's easier to appreciate if you put it in the context of its time. Growing up as a lifetime beneficiary of the document's principles make it a lot harder to comprehend what life was like before it was around, or what life would be if I had grown up without it. Like so many of life's great blessings, it's easy to take it for granted.

Posted by The Professor at 7:57 AM