Years ago my friends Dustin and Brian informed me that of all their acquaintances, I had the most distorted perception of reality. I’m not really sure what they meant by it, though I was spending a lot of time listening to acid rock and Pink Floyd at the time. Doesn’t every kid at eighteen? 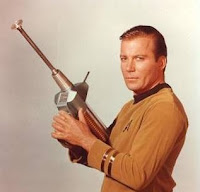 I think that might explain part of the reason I enjoy the NBA so much. The standard NBA player’s perception of reality is so jacked up it makes my own delusions of grandeur appear modest. Even my 10-year-old delusion that I was going to grow up to be William Shatner.

From the fan’s perspective, the typical NBA player seems to espouse the following life priorities:

1. Be the man.
2. Make as much money as humanly possible.
3. Spend that money on cars, homes, and jewelry.
4. Record an album.
5. Win basketball games.

Like I said, this is from the fan’s perspective. I know for a fact that there are a number of players that don’t feel this way. For them, recording an album is #1.

Seriously, what I’m getting at is that one thing that hurts me more than anything about the league are the “could have been” scenarios that pop up on a regular basis. Last weekend a writer for the Deseret News speculated on the Jazz’s interest in trading for Kobe Bryant. Once the initial round of laughter subsided, the legit fan sighed sadly, knowing full well how absolutely dominant a team featuring Kobe Bryant, Deron Williams and Carlos Boozer in the starting lineup would be.

Can you imagine Deron kicking out to Kobe on the wing just as he raises up to do one of those missile three-point hammers of his? While everyone else is crowded inside trying to keep Boozer away from the boards? Ay, yay yay…

But it will never happen, because titles are not as important as being “The Man”.

Or how about putting Ron Artest out there to apply lockdown defense on all those shooting guards that killed us last year, while logging 15-20 points a night of his own?

Nope. Can’t work. Unless there’s an underground Hip-Hop recording industry in Salt Lake that I don’t know about. Plus there’s that whole “Ron Artest is crazy” thing.

To be honest, the guy we really need most is the one that left for Phoenix three years ago.

There are people who make arguments to the contrary, that Kobe really does want to be a team player, that Ron-Ron can change. I’d love to think it was possible. But until some superstar willingly relinquishes his throne to win a few titles, I’m not buying it.

There are way too many players lined up to be the next Vince Carter, and not near enough who want to be Scottie Pippen.

"I've got a family to feed." –Latrell Sprewell, explaining why a $14 million dollar contract extension was a personal insult.

That last quote came from Shaquille O’Neal. At least his was funny.

In some ways, it’s hard to put too much blame on the player’s shoulders. Honestly, if people had been pandering to me since the age of thirteen, surrounding me with overblown ideas and in-your-face media saturation, I probably wouldn't show the best long-term judgment once that first million landed in my bank account, either.

If nothing else, the NBA (and professional sports in general) serves as a great microcosm for our own self-evaluation. We can mock their emphasis on jewelry, but how about our emphasis on Dish Network? We can hate them for their abuse of money, but are we really as efficient with our meager funds as we’d like to think we are? 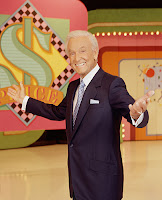 I remember sitting in a hospital waiting room three weeks into my stay at the Missionary Training Center in Provo, Utah, only a year after Brian and Dustin had crowned me their Distorted Reality King. My companion was getting a check-up of some sort, and I was killing time on the couch while a TV set played “The Price is Right” nearby.

In my relentless quest for obedience, I refused to watch the program, but couldn’t help overhearing the commercial spots that ran during the breaks. As I listened, I was shocked at how clearly I was able to discern the intent and tactics of the ads. Before I never would have noticed; after all, who gives a rat’s behind about a Mr. Clean ad? But after a mere three weeks of media moratorium, I could suddenly see through things as clearly as if the spokesmodel was saying, "we are going to manipulate your personal insecurities and show you that without our product you will never enjoy the worldly material fruits life has to offer".

Twelve years later, I can still see through a lot of what the media feeds me. I try to keep their reality at arm’s length. But sometimes it worries me to think that if we all were able to step back for a little while, and get a little perspective without our iPods on, we’d be startled at what was really going on. At the very least, we'd find that we have more in common with the Patrick Ewing’s and Ron Artest’s of the world than we think.

They probably dig a little Pink Floyd, too.
Posted by The Professor at 12:41 PM