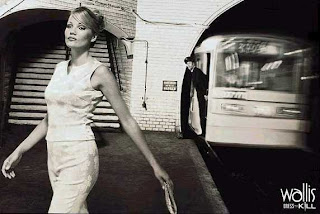 When it comes to the dating world, rejection is a given. Some get lucky and have things work out quick, but most of us aren’t so fortunate. Sooner or later, whether it’s at the club or the altar, someone is bound to take you aside and say, “it’s not you…it’s me.”

Rejection may be tough, but we can’t really complain about it. Whenever I start to feel a little too much righteous indignation coming on, I try to remember good old Hyman Roth, the aging Jewish Mafioso in “Godfather, Part II”. As he looked back on a life of crime, and reflected on the senseless violence he’d witnessed, he looked Michael Corleone straight in the eye and declared, “this is the business we have chosen.”

We knew what we were getting into when we signed up.

Still, it helps to know the lay of the land, even if that land is Omaha Beach. Maybe knowing it happened to someone else will make it feel better when it happens to you. Here then, are just a few of the ways rejection might come your way. 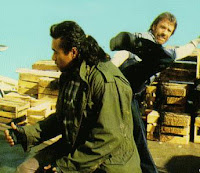 The Kung-Fu: Getting rejected at a party, a dance, or even over the phone can be brutal sometimes, but at least at this early stage of the game, it’s a lot easier to shake off. No harm, no foul.

The Pump-Fake: He got your phone number, but he never called. Or maybe you got her phone number, but unless she works at Wong's Chinese, it looks like she really wasn't interested. Also known as The False Start. Penalty to the offense, ten yards.

The Excuse: One of the most frequent forms of rejection, but also the one that carries the biggest potential PR nightmare. Sure, most of us get the "have to wash my hair" hint, but if you’re supposed to be at Grandma’s and you turn up at the club instead, don’t expect a lot of sympathy. Unless Grandma's really into Moby. And she looks a lot like your roommate.

The Cold Shoulder: The single-most frequent form of rejection known to man. Unreturned phone calls/e-mails/text messages. The intended message is, “I am not interested in you”, but the message comes across as, “I would rather pretend you don’t even exist than acknowledge your interest in me.” Brutal. It used to take a while to figure this one out back when we had to have to leave messages with family members, but in the era of cell phones, there's no place to hide.

The North American Indigenous Person-Giver: Step #1: Girl accepts date. Step #2: Girl calls you the next day and cancels the date, citing mysterious (or no) reasons. Step #3: You realize you will never take girl out.

The Bait and Switch: A promising date gets marred when your date casually makes a reference to her boyfriend. Or you try to schedule date #2 at the end of the night, and instead get, “I’m kind of seeing someone right now”. Might have been good to know $50 ago. You thought you were looking at a potential relationship, but instead you just got left with a steamy pot of rejection stew. Also known as the Test Drive.

The Misdirection: "Yeah, Bob seemed totally interested when he asked me out, but then he spent the whole night flirting with Ginger. Doesn't he know that she's bi-polar and worships Satan? What a jerk." Also known as the Roommate Switch. Or the Sister Switch.

The One-Night Stand: From pick-up to drop-off, one of the best dates you could have possibly expected. You can’t wait to go out again, you start planning future activities, and then…absolutely nothing happens. He never calls. She becomes fabulously busy. And yet, that’s exactly what you knew would happen.

The Proxy: You’ve followed up a date with a phone call or two that has been suspiciously ignored. Then your phone rings, and it turns out to be a mutual friend. Then that mutual friend tells you they’ve been instructed to tell you “no mas”. Also known as the Bank Shot.

The Pre-emptive Strike: It may not go over so well in the world of international relations, but in the world of dating, the pre-emptive strike can actually be one of the most charitable ways to cut things off. A date or two goes by, things seem to be on the verge of taking off, then one person says, “I really think I should be honest about my feelings…” Trust me, nothing good ever follows an intro like that. It’s kind of like tooling down a runway in a Cessna, then running into a barn when you can’t get the plane off the ground in time. Also known as the "Take a long drive up Logan Canyon all the way to Bear Lake while explaining that even though you like hanging out and doing stuff you get the feeling that she is a lot more interested than you so it wouldn't be fair to lead her on any further so it would be better to just get it out on the table now".* 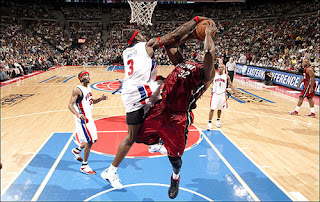 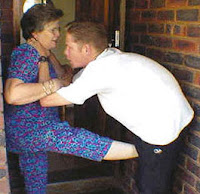 The Jimmy Kick: No father gives his son a serpent when he asked for a fish, and no one in their right mind would end an engagement with a text message. The Jimmy Kick is named for those special moments when a relationship is ended in a way that is grossly disproportionate to the level they have attained. Never a happy experience, one nasty Jimmy Kick left me wandering the BYU campus in a daze, where I was nearly recruited into a multi-level marketing scheme.

The “Dear John”: Reserved exclusively for break-ups/rejections that come via traditional post or e-mail (basically a strictly written medium). Legendary aspect of the lives of thousands of LDS Missionaries. Especially potent when a wedding invitation is enclosed.

The Alchemist: So-named in honor of the epic journey in the Paulo Coehlo classic novel, The Alchemist only occurs in the event of long-distance relationships. Whether your courtship has been based in phone calls, e-mails, or chat rooms, eventually you’ve got to get together and see if it’s going to work. And if it doesn’t, that’s a long ride home. 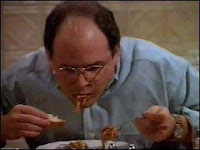 The Costanza Special: Also known as the "It's not you...it's me". Or the "I can't actually tell you what's wrong without destroying your sense of self-worth, so hopefully by redirecting the blame at myself I will spare you the pain as I move on to (insert name of guy/girl here), who is clearly not insane."

The Stalin: Exact opposite approach to the Costanza Special. Best executed by Beth in "Better Off Dead": "Lane, I think it'd be in my best interest if I dated somebody more popular." Very rare. But kind of refreshing, in a sick way.

The Cool Hand Luke: Early on in his stay on the chain gang in “Cool Hand Luke”, Paul Newman gets into a jail yard boxing match with George Kennedy, a fellow prisoner twice his size. Newman has no chance to win, and gets knocked down over and over, only to drag himself to his feet each time. Everyone tells him to quit, but he keeps fighting, stubbornly, until Kennedy and the rest just walk away and leave him in a defiant lump. Interpret as you will.

Hard to say if knowing these ahead of time will do any good. I don’t know of any sure-fire preventive methods you can use to duck the blows. But there they are just the same. See, the Dating Game is a lot like eating Wheaties every morning for breakfast. You get the feeling the process is making you stronger, but sometimes you just get tired of all the flakes.

*(She was engaged a month later, by the way.)

Posted by The Professor at 1:54 AM