Many of you know that even though I am not a reliable blogger, I am a reliable journal-keeper. I was recently re-reading a stretch from late 2008 where I lost my job, my ward, and one of my grandfathers. I determined that with a handful of exceptions (my sister's marriage, for example), 2008 kind of sucked.

When I started thinking about 2012, my knee-jerk reaction was to say it wasn't a great year. I set a ton of goals in 2011, and achieving them gave the year a deep sense of satisfaction and accomplishment. By comparison, I entered 2012 with good intentions, but little in terms of a concrete plan, and the results reflect that. However, the more I thought about it, the more I remembered some of the great things that happened in 2012. It may not have been a perfect year (I gained back 10 of the 20+ pounds I lost in 2011), but it was absolutely a good one.

The Salvation of Januarys:

I always felt bad for my dad because his birthday fell in January, amid the fallout of the holiday season and the bleakness of the true beginning of winter. Then my niece came along, and ever since January has taken on a different tone. Here's a shot from her first birthday party: 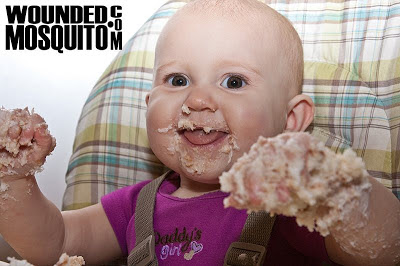 The Salvation of the Business Trip: 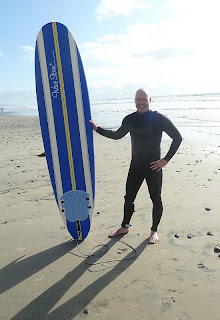 Prior to 2012, my only business trip experience was an overnighter to South San Francisco (not the south end of San Francisco...the city of SOUTH San Francisco) to see a client that wasn't expecting us and had me back in my hotel room for the night by 8PM. But last February, after managing the Facebook page for the Mormon Battalion Historic Site for two months, the Missionary Department sent me down to San Diego to take some pictures of the sister missionaries and the visitors in-person. While I was there some of my friends from Illinois took me surfing for the first time. Now THAT's a business trip.

The Salvation of Valentine's Day:

For better or for worse, my favorite Valentine's Day memories are associated with concerts. My most vivid memory was during my first year in grad school when I celebrated the holiday by playing drums for a Neil Diamond cover band at USU's Valentine's Dance. This year I joined a few friends for dinner at Chili's (insert your own joke here), then drove down to In the Venue to catch a great band named Mutemath. As I've gotten into photographing concerts over the last few years, it's become important to take the time to attend them without my gear and enjoy the music as a fan. The Mutemath show filled that need nicely, as did The Killers at the UCCU Center, The Hives at The Vic in Chicago, and The Aquabats at The Depot (which had to be one of the most unique concerts I've ever attended, if only due to the onstage battle royal between Darth Vader, Bigfoot, and a Kung-Fu Master Steve from Farmington).

As for the bands I photographed, here are a few highlights:

Metric at The End Zone: 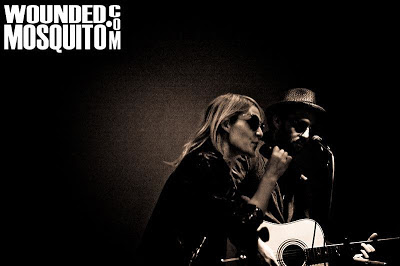 Foster the People at Saltair: 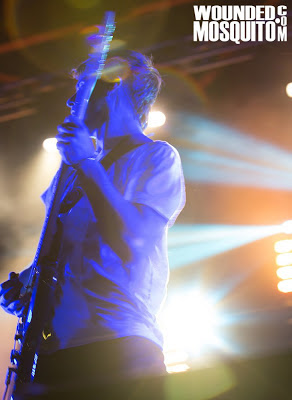 The Soulistics at The Utah Arts Festival: 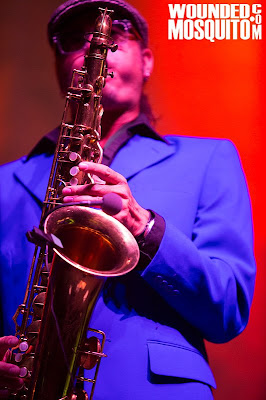 The Tony Scheer Trio at The Living Room in Manhattan: 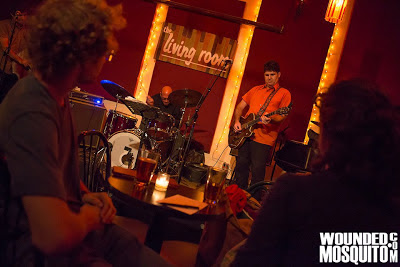 The Shirley Johnson Blues Band at the Blue Chicago (yes, in Chicago): 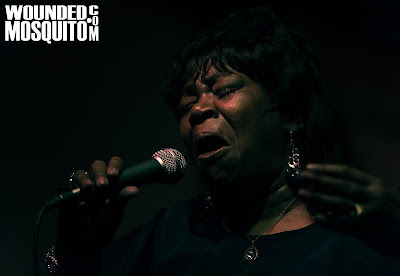 ...and one of the bands that started this whole concert-shooting thing, the Vibrant Sound, playing at Club Sound: 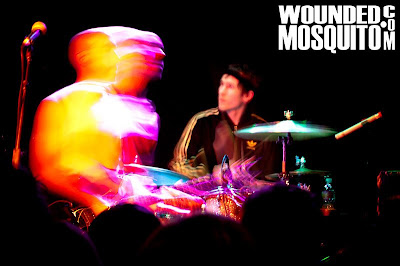 The Celebration of Youth, Part 1:

One of the highlights of 2011 was shooting my first Holi Festival of Colors down in Spanish Fork, Utah. Thousands of (mostly) college kids celebrating the arrival of spring by throwing chalk at each other and dancing to Hare Krishna bands playing classic rock songs with re-worded lyrics. Good times, indeed. This last spring I made my triumphant return, more seasoned and prepared to get better results: 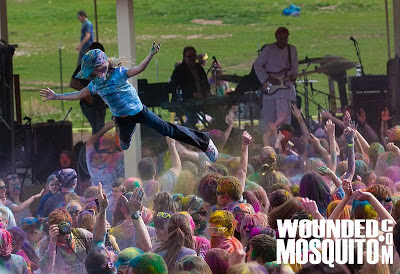 A month later I took a different angle when I shot the partner event up in Salt Lake: 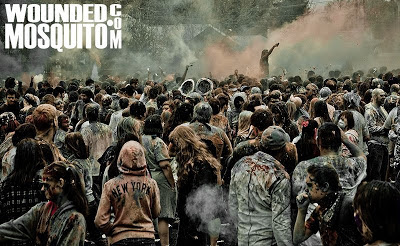 The Celebration of Youth, Part II:

Photographing bands and attending concerts is great, but neither experience is as fun as putting on a show myself. 2011 was a busy year that saw me put on shows with three different bands. In 2012, I only performed with one. But 2012's Thunderlips shows were some of my all-time favorite. In June we played our third yearly concert at the Legacy Prep Academy in North Salt Lake as part of the kids' year-end assembly. A few months later, we did a pair of shows around Halloween, first at the Pinson family Halloween party, then a week later for the students of the Hartvigsen School in Salt Lake City. It has been a challenge to articulate the experience of playing for kids, but this video edited together by our lead guitarist Jeff does a pretty good job:


The Thunderlips - Forever Young (Alphaville cover) from ToolBox on Vimeo.

After making my move, I decided to make another move, transferring my membership records from the Bountiful 7th Ward (where I had attended for three and a half years) to the Bountiful 30th Ward. Running into old friends like Justin Farr and Aaron Johnson offered a quick confirmation that I was in good hands. True to form, I was quickly called to be an Elder's Quorum instructor in my new ward. I haven't had a non-teaching calling since early 2004.

Not long after my move, my old high school employer, Dick's Market, decided to follow my example. One night I decided to document the remains: 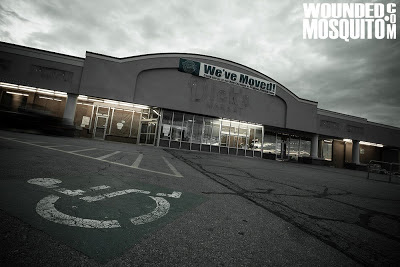 The highlight of this year's Bountiful Days of '47 Parade was the re-creation of the Stripling Warriors March. By sweet-talking one of the PA announcers, I was able to get into position for this shot: 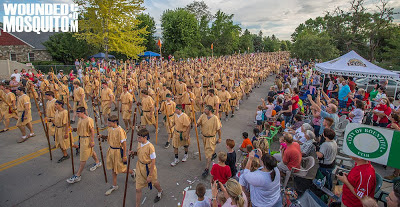 I already mentioned my trip to San Diego, which had at least as much "pleasure" as it had "business." But later in the year I enjoyed some other trips as well. In June the Cheetahman and I used the aforementioned Hives concert in Chicago to justify a spontaneous trip to The Loop for a few days. Then in August I made my yearly pilgrimage to Island Park to spend some time at our family place outside Yellowstone. In September, Cheetahman and I used a small vendor conference to justify a less-spontaneous trip to Manhattan (the first for either of us),  which I really should have blogged about, because there was just too much to cover.

Here are a few of my favorite NYC shots:

Top of the Rock, Rockefeller Center: 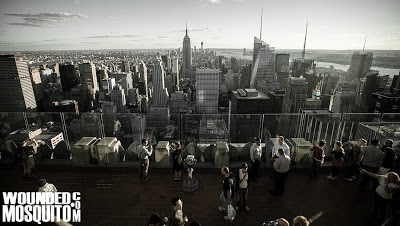 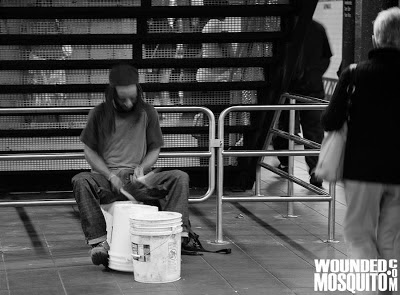 A girl who clearly doesn't understand the purpose of the 9/11 memorial: 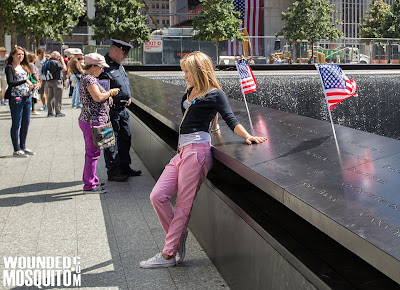 ...and a photo that more or less defines my Times Square experience (I think Elmo did it): 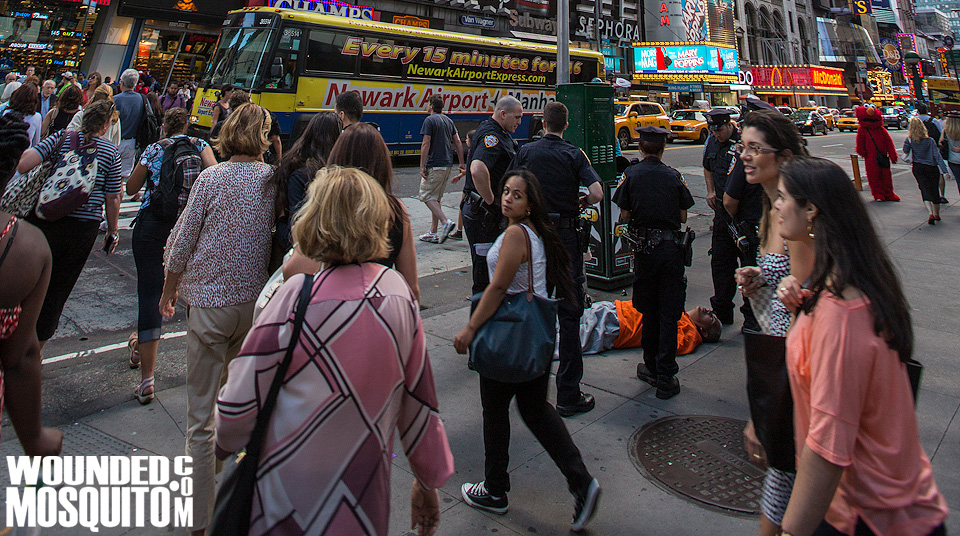 For the first half of the year, when I wasn't doing freelance work for the Missionary Department I was teaching English 1010 for SLCC and working consistent hours at Allen Communication on a variety of instructional design projects. But as the year went on, I shifted from English 1010 to English 2010, spent less time Allen, and did more and more freelance photography, finally launching my portrait site in the process. I also started doing more film reviews for the Deseret News, which is what I remind myself of whenever I feel bad for a lack of blog posting.

Here are a couple favorites from my Joshua Terry Photography sessions: 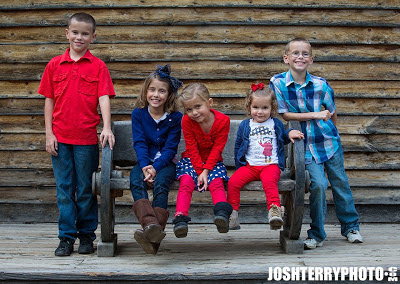 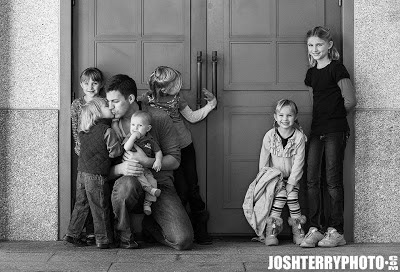 Of course, my favorite model is still my niece: 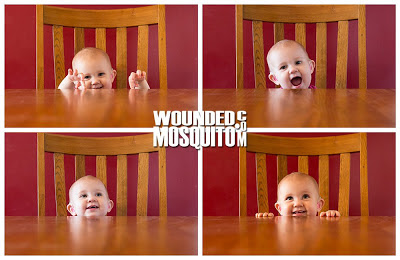 2011 was the first year I entered any of my photography into a contest, and I was rewarded with a Judge's Choice Award at the Utah State Fair. My efforts in 2012 didn't yield anything quite so "decorated,"but coverage of my friend Travis Kawabata's rather public marriage proposal landed my work on KSL's "Studio 5" one morning back in October.

Two months later I was on hand to photograph Travis and Aubrie's reception at the Utah Opera building in Salt Lake. It was the second time this year I was able to get hired to do a "candids-only" shoot at a wedding reception. All the good parts of event photography, none of the lame, "everyone smile at the camera" bits. 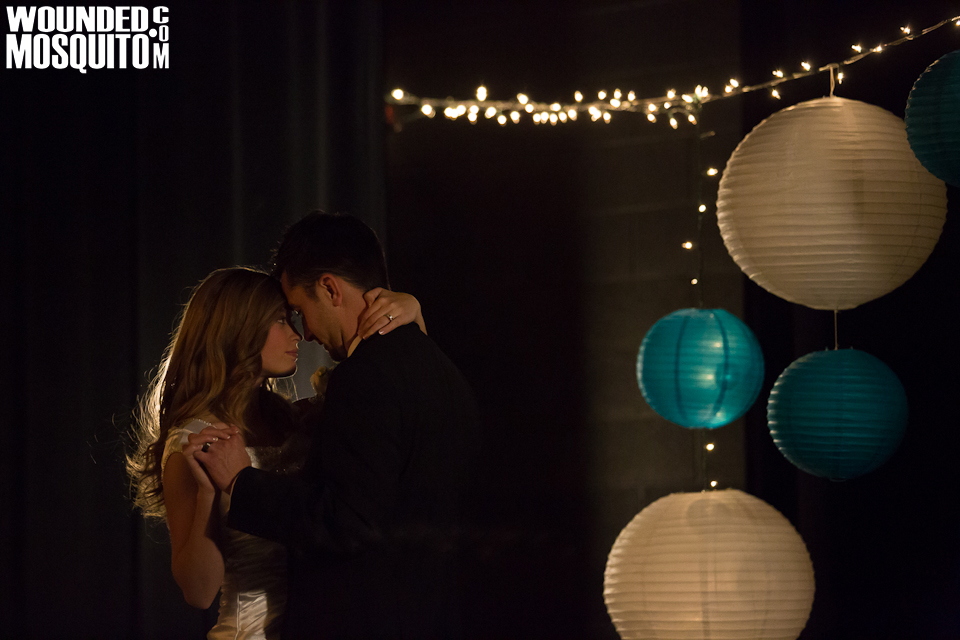 Of course, my yearly obligation is to go down to Temple Square and figure out a new way to photograph the Christmas lights. This year, I brought along my friend Dennis Livingston of Harry Cleigh Photography, who brought his favorite Christmas present: a remote flash unit. Through a little experimentation, and thanks to a timely post-Christmas snowfall, we landed a few shots like these: 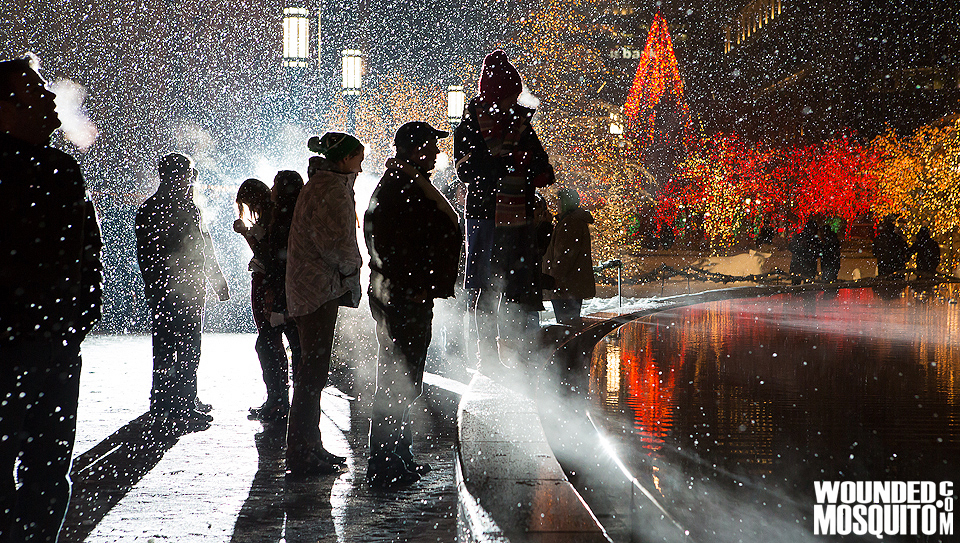 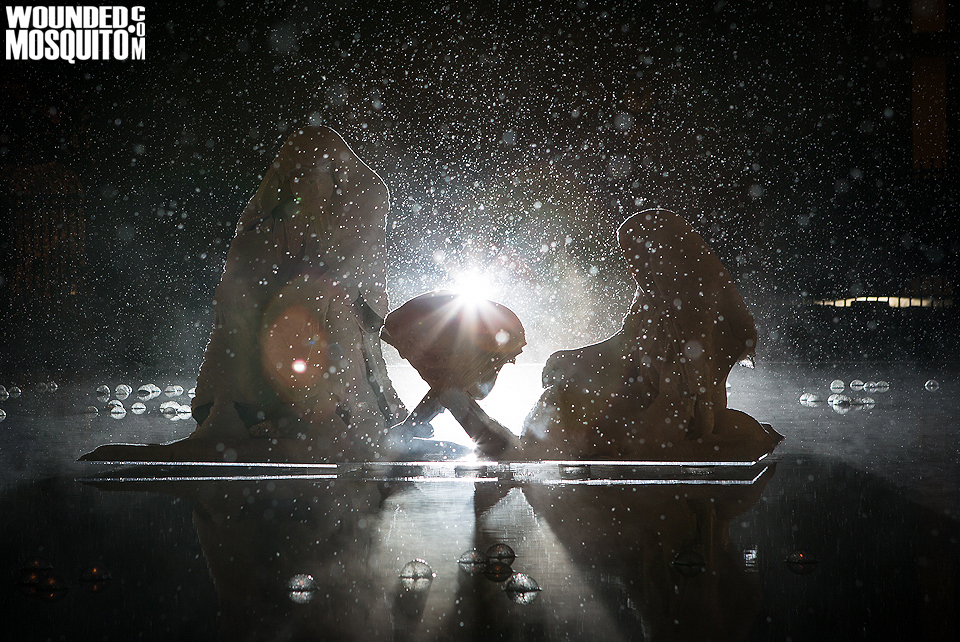 With all that considered, it's hard to think of 2012 as anything less than a great year. It had its bumps and bruises, but when I look at the good times I was able to enjoy, plus the good times I was able to witness, gratitude is pretty much the only logical outcome. Gratitude for family, gratitude for friends, and gratitude to God. Here's hoping 2012 offered some of the same for you, and that 2013 will keep the ball rolling.

Josh
Posted by The Professor at 10:51 AM