Picking a “starting five” of all-time best movie endings was tricky; picking a starting five for male soul/R&B vocalists was nearly impossible. In order to pull it off, I had to lay down a few ground rules.

1. Only solo artists allowed—no groups or duo’s. Thus The Temptations, The Four Tops, and Sam & Dave get disqualified.

2. No white dudes. If I tried to add in the blue-eyed soul factor, I’d never get a list together. Thus Steve Winwood, Joe Cocker and Mitch Ryder will have to wait for their own list.

3. No chicks. Same problem. Maybe I’ll write up a list of soul women someday. But even if I did, the games would just be Janis Joplin feeding the ball down low to Aretha Franklin in the post, so why bother? 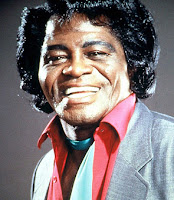 4. No serious funk crossovers. Funk is not soul. I’m not sharp enough to explain the difference; it’s just there. Thus, the Godfather of Soul himself is omitted from this list, along with Sly Stone, Isaac Hayes, and George Clinton. Again, no hard feelings, it’s just a matter of making another list.

5. No Stevie Wonder. Now, this omission is not out of spite because of the pure jealousy I feel every time I hear “My Cherie Amour” and think that Stevie was all of about 18 years old when he wrote it. No, this omission is a complement, because I seriously think you can’t stick Stevie Wonder in any category but his very own. I don’t even think of Stevie as a black artist. He’s bigger than race.

OK, now that I’ve shot down at least three of the four complaints I’m likely to hear about the following list, here we go:

Of all the great soul artists out there, male or female, my vote for greatest voice of all time goes to one of the original soul pioneers: Sam Cooke. His voice is painfully beautiful, and he recorded what may be the greatest soul record of all time: "A Change is Gonna Come". The only irony is it took a little-known late 80’s sci-fi flick called “Innerspace” to introduce me to his music (and to give me a decade-long crush on Meg Ryan). When crunch time rolls around, I want Sam Cooke handling the ball. 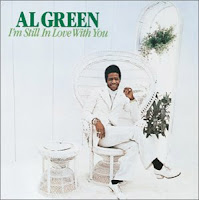 Many people feel that Al Green pretty much carried the soul torch through the 70’s before it got snuffed out in the 80’s (along with just about every other cool act from the 70’s). I’m one of them. Not only did Green carve out a completely unique niche for himself in the wake of the decade and a half of brilliant soul men that preceded him, he also managed to record one of the single coolest Beatle covers this side of Joe Cocker (“I Want to Hold Your Hand”). I feel more than comfortable with letting Al shoot the three ball.

Small Forward: Smokey Robinson
Evidence: “Tracks of My Tears”, “I Second that Emotion”, “Get Ready” (writer)

I may be fudging my rules here a little bit, since Smokey usually performed with The Miracles in tow—and to be honest, a lot of Al Green’s music is pretty funky—but on the sheer power of the songs he sang, the songs he wrote, and the role he played (pivotal builder of the Motown legacy with Berry Gordy), I have to have Smokey coming across from the weak side for the momentum-changing block.

Power Forward: Marvin Gaye
Evidence: “I Heard it Through the Grapevine”, “Let’s Get it On”, “Your Precious Love” 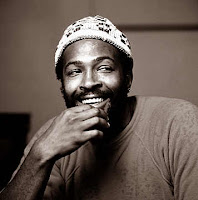 “Let’s Get it On” is awesome. His duets with Tami Terrell were heartbreakingly magnificent. But even if it were the only song he ever put out, “I Heard it Through the Grapevine” alone would guarantee Marvin Gaye a spot on this list. The track has been described as “musical voodoo”, and I’m inclined to agree. I just hope that enough of my generation didn’t have this song ruined by that California Raisins commercial when we were kids. Because Marvin is a classic. 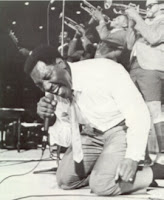 At the Monterey Pop Festival back in the summer of 1967, The Who and Jimi Hendrix became legends by destroying their instruments on stage. Otis Redding became a legend by being Otis. When you hear his live cut of “Try a Little Tenderness”, just after he stomps back onstage to reprise the final chorus, you feel a smile come on that easily spans four decades. No one will take it to the hole against this guy. 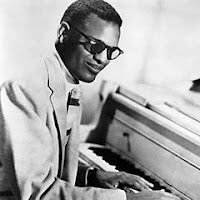 This is the only member of the list that I have actually seen in concert, seven years ago with the Utah Symphony. I’d loved the man’s music ever since his cameo in “The Blues Brothers” (the same film, incidentally, which introduced me to Aretha Franklin, James Brown, Cab Calloway, and John Lee Hooker, among others…). His cover of “America the Beautiful”, used in the second-best scene in “The Sandlot” (#1 is when Squints scams Wendy Peffercorn), will never be topped. Why is he only the sixth man? Come on, when was the last time you saw a blind dude playing basketball?

Posted by The Professor at 2:56 PM