One of my earliest childhood memories is of my dad returning from a Cleveland Browns playoff game while we were visiting my family in Ohio one Christmas. I didn't know anything about Brian Sipe throwing an interception to Lester Hayes in the end zone, bringing a stunning and crushing close to a season so full of last-second finishes that year's team had been dubbed, "The Cardiac Kids." But I do remember that it was so cold at the stadium that my dad's jacket had literally cracked open.

A few years later, I watched on TV as John Elway led the Denver Broncos 98 yards through Cleveland Stadium on the way to crushing the Browns' Super Bowl hopes, and a year after that I watched Ernest Byner fumble on his way into the end zone at Mile High Stadium. It was a little less painful to watch Michael Jordan elevate over Craig Ehlo and hit a last-second shot to take Game 5 and a first-round NBA playoff series over the Cleveland Cavaliers, since my hometown Utah Jazz held exclusive rights to my basketball loyalties, but I still recognized the patten: as far as sports were concerned, my mother's hometown was a city of heartbreak.

In those kinds of situations, you learn to appreciate the little things. My favorite memory of watching the Browns came a year after The Fumble, as a 40-year-old career backup QB named Don Strock led Cleveland to the playoffs after the team lost three other quarterbacks to injury. On the last game of the regular season, Strock threw a strike to wideout Webster Slaughter in the middle of a Lake Erie snowstorm, clinching the win a play so photogenic I wish I could take my camera back in time to capture it. They lost the wild card game down in Houston the next weekend, but the triumph in the snow is all I can picture in my mind's eye.

As the years went on, I saw Cleveland hearts ripped out again and again, whether it was watching Art Modell pull up stakes and move the Browns to Baltimore, or LeBron James put a stake in the heart of Cavs fans when he told them on national TV that he was taking his talents to South Beach. It seemed like the only place Cleveland could catch a break was in a Hollywood movie. And in the meantime, the only hometown team I had was enduring heartbreaks of its own, most often at the hands of the same guy who hit that jumper over Ehlo.

Last year, my mom and I headed back to Ohio for a family reunion, and in the middle of a gorgeous green city park, about a dozen diehard fans and I gathered around a tiny portable TV and watched the Browns lose another heartbreaker. It was a likely narrative: we celebrated when the San Diego Chargers missed a tie-breaking field goal at the end of regulation, only to see a Browns penalty give them another shot. The second chance sailed right between the uprights, and the Browns tacked one more onto the loss column.

Things were looking a little better on the NBA side, though. After winning a pair of titles in Miami, LeBron was back in a Cavs uniform, and only the lights-out shooting of Stephen Curry and the suddenly stable Golden State Warriors had kept him from bringing Cleveland a title in his return season. A lifetime of cheering for underdogs and also-rans kept me from committing to the Lebron Bandwagon, but if my Jazz couldn't be in contention, the next best thing would be a title for my family out in Ohio.

That's why I smiled last night as LeBron crumpled onto the court in tears seconds after the Cavs took the rematch series from Golden State, erasing a historic 3-1 deficit in the process. I had just watched him spend two and a half hours desperately chasing his elusive destiny, squeezing out extra efforts that should have come up just short, and finally grabbing hold of the Larry O'Brien trophy with a sincerity he never had in Miami. It was a reminder of why it's so easy to translate sports into movies: the Herculean winner-takes-all effort fits so nicely into a clear, three-act format, unlike the lives of the Regular Joe underdogs in "real life" who adore it.

It was also a reminder of that age-old question of just how much God cares about sports, which comes up whenever a bombastic athlete points to the sky after a touchdown or a player like Tim Tebow shines in the limelight. The answer is yes, of course God cares about sports. But not because he loves LeBron James more than Steph Curry (who is about as likable an NBA MVP as we're going to get), or because my tithing funds the college football team for a university I never attended. God cares about sports because He is a master storyteller, and a master teacher. Sometimes the lesson is that hard work pays off, and sometimes the lesson is that you have to persevere through a lifetime of setbacks, and hope the trophy comes in the next life, even while everyone else takes home the spoils.

Last night, the lesson was that it ain't over till it's over, even if it takes 52 years for that triumphant buzzer to finally sound. 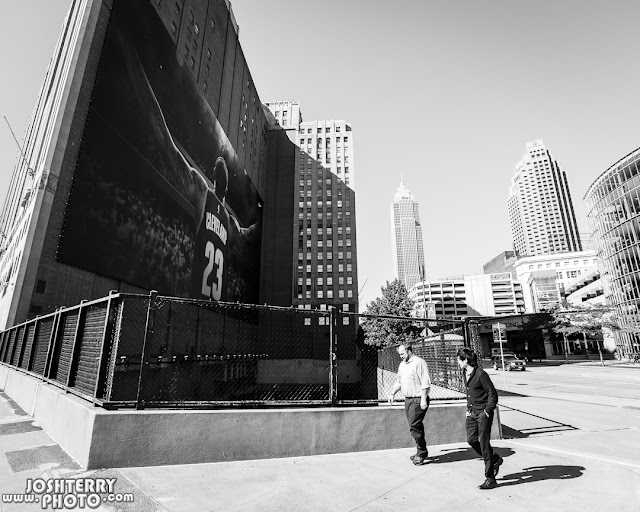