Why I Hate Country Music

It's hard to pinpoint the exact moment it happened. Maybe it was the first time I saw that trucker crying in his beer while the Blues Brothers sang "Stand By Your Man." Maybe it was the first time I got stuck in the fast lane behind a dualie. It could have been back when I worked at the Delta Center ticket office and saw the entire cast of "Deliverance" buy Randy Travis tickets over a six-week period. All I know is that as hard as it is to quantify, the feeling is absolutely real.

It’s not enough to say that when the best output from an entire musical genre in the last 40 years came from five drug-addicted British rockers back in the '70s, that genre sucks.

It’s not even enough to quote that stand-up comedian from the early '90s who said “country is the Special Olympics of music,” because that statement would be offensive to the Olympians. 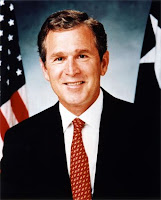 As far back as I can remember, I have carried a deep, almost blind loathing for contemporary country music. I hate it in the same way liberals hate George W. Bush: sure, there are a few token reasons supporting the argument, but they aren’t really a cause as much as they are a justification for a more intense passion below the surface.

It’s kind of like when Seinfeld used to break up with each new girlfriend for some increasingly obscure asinine reason, like eating peas one at a time or because she had “Man Hands.” He didn’t really care about that stuff, and he knew it. They were just excuses, concrete justifications for intangible realities. The real reasons were more personal, more existential.

Here’s my best attempt to explain how country music eats its peas one at a time:

Country Music isn’t really Country Music. I want to get this on the table early: I like REAL country music. Songs real cowboys might have listened to out on the range, like "Tumblin' Tumbleweeds" by the Sons of the Pioneers. Stuff by guys like Johnny Cash and Willie Nelson. I even like a lot of Patsy Cline’s stuff. But somewhere in the late '70s or early '80s (as usual), something went wrong, and country went from The Gambler to Billy Ray Cyrus. Most country today is nothing more than bad pop music with a twang. 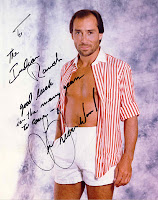 Country Music monopolizes traditional patriotism. This is more a shot at mainstream rock than it is at country. I realize that the nature of rock and roll is to be somewhat anti-establishment, and I would be dishonest if I didn't acknowledge my love of '60s protest rock, but how come only country artists write songs that espouse traditional patriotism? Has ANYONE in the rock world written a pro-America song since Neil Diamond? Bruce Springsteen doesn’t count, cause “Born in the USA” is really a protest song. These days, the only “patriotic” songs you hear are Lee Greenwood knock-offs, and the rock world gives us wanna-be protest rock, brought to you by Coca-Cola. 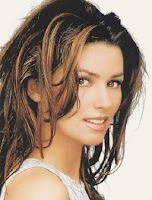 Country Music monopolizes the female population. For every girl I meet that likes The Beatles, there are twenty more that would rather go see Tim and Faith in concert. And for every attractive mainstream rock artist that doesn’t dress like a tramp, there are about four-hundred all-American beauties churning hick tunes out of Nashville. Someday I’m going to meet a girl who will already know that Sam Cooke has the most incredible voice of all time. I just don’t think she’s going to be a Mormon. 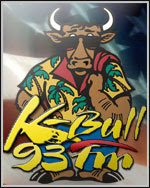 Country Music is an epidemic. The day Classic Rock Z-93 converted over to K-BULL 93, I knew that I would always be a musical minority on the Wasatch Front. Whenever I tell a country-lovin’ friend how much I hate their music, they always give me the, “you just need to try it; it will grow on you” line. And I don’t doubt it. Country probably would grow on me, just like cancer or a good heroin addiction.

Country Music inspires poor clothing decisions. Every musical genre has its caricatures: the Goth, the Hippie, the Punk. But I’d take them all next to the mouth-breather in the stiff neon orange striped shirt and the Wrangler Jeans latched up over his small intestine by a belt buckle that doubles as a beer can opener. Only a country music fan would take something as cool as cowboy boots and ruin them by tucking their jeans INSIDE them. 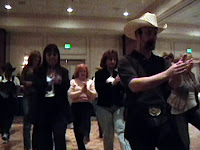 Country Music encourages group conformity. The closest thing I’ve got to a “country exception” are the three or four times I’ve allowed myself to go country dancing, but the only reason for that was because The Code dictates that you are pretty much willing to chew your leg off if it will help you make progress with a girl. But even on those rare occasions, I flee for the walls when “Cotton-Eyed Joe” comes on. As my old friend Brian used to say, “I have no desire to participate in an activity which reminds me of Nazi’s.”

Country Music almost cost me my construction job. The “Twang” is the great undefinable “attribute” that makes country so distasteful to so many. I’m still not even sure how to quantify it. Is it the steel guitars? Is it the awful lyrics? Or is it the fact that in the country world, I’m not a “man,” I’m a “may-un?” Either way, all I can say is that the Twang alone brought me to the verge of quitting the same job twice in the same summer. Working construction for $8 an hour a month after finishing my Master’s Degree was humbling enough; having to listen to “The Drinkin’ Bone” while doing it was intolerable.

One Saturday in Logan a friend of mine walked up to me with a big grin on his face as his new country mix CD blared behind him. We were getting ready for the annual “Cowboy Date” my roommates had been putting on for several years before I’d moved in. I only participated because The Code dictated that if I had the chance to spend an evening with Hailey Gray*, then I’d willingly debase myself to do it.

He asked me if I liked his music mix. Actually I think he said something like, “isn’t it great?”, no doubt expecting me to chime in automatically with the rest of my roommates who thought country music was downloaded directly from Heaven along with the EFY soundtracks. 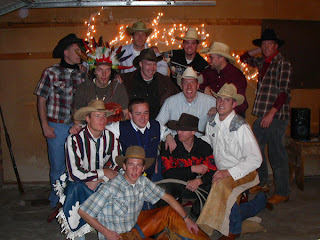 Sometimes people can justify a white lie. Sometimes you can tell someone their hat looks nice when it really looks like a cat with brain damage. I’m not very good with lies, so I couldn’t just say, “yeah,” and walk away. But at the same time, I couldn’t say, “I think country is the most reprehensible batch of garbage I have ever encountered,” either. So I just kind of mumbled and avoided eye contact until he moved on. 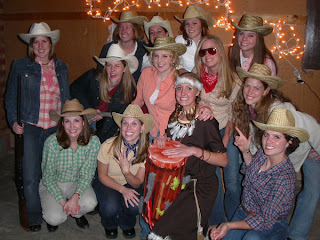 So maybe I hate country music because it is a symbol of my social alienation and romantic futility. Maybe one man's opinion really is as valid as the next's. Maybe country music enriches the diversity of our great nation, celebrating our broad culture and freedom to wear really tight pants and dance in straight lines.

Nope. Just because you're entitled to your opinion doesn't make that opinion valid. Bad taste is real. Country sucks.

*Name changed in case she got married or something.

Posted by The Professor at 2:48 PM