The Long and Winding Road

Halfway through Spring Break last March I stopped by a downtown Nissan dealer and started a marathon. I have loved cars and driving since long before I was old enough to have a license, and it is only that love that sustained me through the month-long torture that was my car buying process.

I'd wanted a new car for quite some time, but it wasn't until recently that I felt comfortable with the idea of getting serious. There's something comforting about driving a car that is paid off, even if it has a laundry list of cosmetic defects that would cost twice its blue book value to fix. But even if paint jobs and upholstery tears could be tolerated, things like belt changes and dead alternators can't be ignored, and as the tally from those expenses began to add up, the red light on my car search finally turned green.

Over 29 days, I test drove more than a dozen cars, some multiple times. I revisited old favorites, like the Nissan Maxima and the Honda Accord, and I explored new territory with a Mercedes C300 and an Infiniti M35. I rounded blocks in the Mazda 6 and the Volkswagen CC and the Acura TL at dealerships from Murray to Ogden, collecting business cards and engaging in negotiating showdowns with impatient salesmen all along the Wasatch Front. At one point I was a nine dollars a month from a return to my Maxima roots, but a night's rest later, I was back on the search.

It wasn't that I couldn't find cars that I liked. Every car I drove had its positives, which is no surprise when you're coming from a 12-year-old Honda with 175,000 miles on the odometer. But often the cars that impressed me most were too far out of my price range (IE, the Mercedes), or carried the threat of future expenses down the line (IE, the Mercedes). Even the best cars still had concessions (as impressive as it was, the Mercedes was burdened with an automatic transmission), and the process left me feeling like I couldn't get what I really wanted, and ultimately would have to find the best possible option to "settle" with.

It was starting to feel a lot like dating.

At least in this case I didn't have to worry about the car liking me back. I did, however, have to deal with car salesmen, the cantankerous mother-in-laws and disapproving father-in-laws of the car-courting world. Or, more accurately, the "good friend who totally knows this awesome girl who has just got to be your soulmate and just happens to be single even though her only apparent qualification is an additional X chromosome." Over that month I heard more lies than an audience at a campaign stump speech. Obviously everyone was going to sing the praises of whatever car they were shilling; that I was prepared for. What I struggled with were the transparent pressure lines:

"My boss is angry with me for offering you this deal."

"I've got a friend who has been asking me to tell him when we got one of these in; he'll be coming by later today."

"We've got a mechanic at our Orem location whose mother has agreed to buy this car depending on what you decide to do before 8pm tonight."

If I like a car enough, I can look past the sales BS (see: Jerry Seiner Nissan, June 2000). But it's a stretch. And four weeks in, I still hadn't found a car worth the sacrifice. What I did have was a vivid illustration of the argument and persuasion tactics I had been teaching my students for ten years. You may never write a research paper again for the rest of your life, but the principles of English 2010 can come in pretty handy on a used car lot.

Another challenge I had was figuring out what I really wanted. I was torn between the practicality and reliability I'd usually favored (Go Japan!) and the driving enthusiast inside me who leaped to life when zipping a 2005 Mini Cooper S down a back road in Murray. After all, if I'm still single, why not have fun while I can?

Five years of watching "Top Gear" on BBC America probably wasn't helping, but it was actually those three crazy Brits who guided me home. For five years, I'd watched Jeremy Clarkson, James May, and Richard Hammond bicker and clown as they tore their way through six-figure sports cars that should play into my budget right around the time Amber Heard shows up to ride shotgun. But whenever they've come down to earth to take a look at options for the unwashed masses, the one car they almost universally praised was the Volkswagen GTI.

So I bought one.

My journey ended at a Volkswagen dealer in Salt Lake shortly after leaving my English class on Thursday morning. A test drive at a Layton VW dealer early in my search stuck with me through all the Nissans and the Mazdas and the Acuras, and a little online research led me to a brand-new discounted GTI with a manual transmission, a color that fit me, and just enough features to balance the practical stuff with the fun stuff. And when I redlined it between second and third, popped the clutch and stomped on the gas, I completely forgot that I was giving up a sunroof and leather upholstery.

When the last of the haggling and the signing was finished, I went out to the parking lot to clean out my old Honda. As I dug through eight and a half years of memories and hidden "treasures" (including a pair of unopened contact lenses from 2008…???), I went through that odd separation anxiety that happens when adventures connected to an intimate object make you think that object has real human feelings and consciousness. In those eight plus years I'd made numerous trips to Yellowstone, an epic cruise up the Pacific Coast Highway, and several swings to Vegas. I'd been in and out of Salt Lake a million times over for various jobs, and when one of those jobs took a sour turn a few years ago, I drove that Honda out to the foot of Devil's Tower in Wyoming to get my head back together. We had our issues, as I've openly acknowledged, but even the Millennium Falcon had its issues, and you could see how Lando and Han felt about that old piece of junk. As I cleared the last of the salvageable scraps out of the trunk, I stared at the University of Utah Alumni license plate frame on the back bumper, and briefly considered whether I should pull out a screwdriver and take it off.

I left it. It's time for a fresh start. And I'm sure the Top Gear guys would agree. 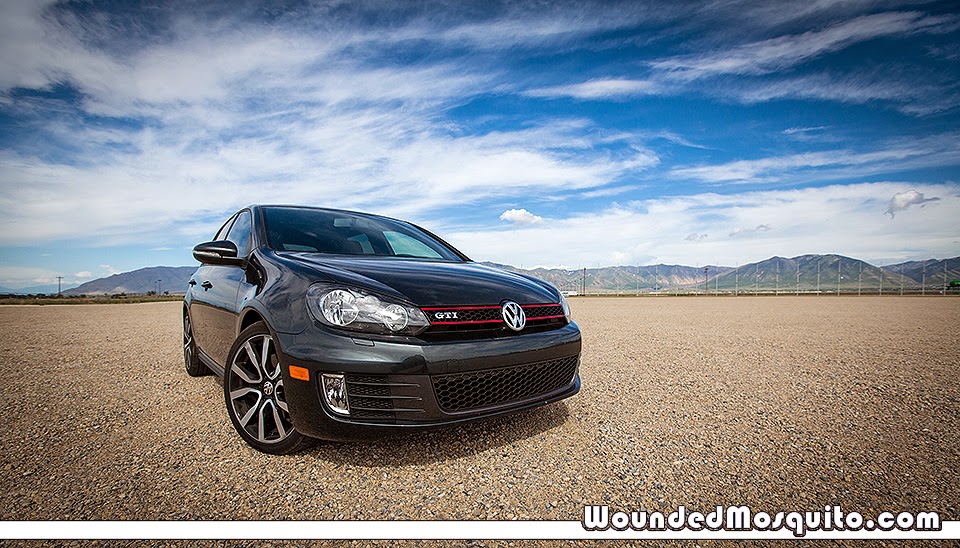 Took a stroll down Hollywood Boulevard on a recent trip to LA*. Turned this little sequence of photos into my first animated GIF in about 10 years.

The guy jumping over the volunteers is obviously the first visual draw, but the closer I look, I also notice:

*A more extensive post on the reason for this trip will appear in the coming months.
Posted by The Professor at 11:15 AM