The time has come for another major life decision. After over twelve years of use, my one bottle of cologne has finally run out, and the time has come to find a new one.

Back in the summer of 1998, I went out with a girl from Sandy and wound up wandering around the Southtowne Mall.  I have no idea how this happened, but I do remember passing through the perfume/cologne section of some department store, at which point my date mentioned that she liked Polo Sport. You can pretty much fill in the rest from here. 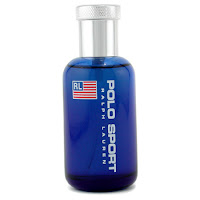 Anyhow, that bottle of Polo lasted me a long time (Too long? Do these things even expire?), but now I need to find another option. This is a tricky challenge, because most perfumes and colognes smell exactly the same to me. I don't know if it's because I'm a guy or because I have an underdeveloped sense of smell, but unless something smells really, really good (tacos, the ocean, victory), or really, really bad (tuna fish), I won't notice it.

So help me out. What should I buy next? Make your suggestion count; if I pick it up, it's gotta last me at least a decade.
Posted by The Professor at 1:45 PM

OK, so it's official: I look like Bruce Willis.  I've always wanted to think I looked like Bruce Willis (at least since I started shaving my head), but I never felt justified in making the claim on my own.  I needed external confirmation.  You can't pick your own nickname, and you can't pick your own celebrity doppelganger.  These are the very pillars of civilized society.

So who offered me this external confirmation of which I speak?  1990's country star Collin Raye, that's who.  Last week after one of his recent concerts at the Desert Star Playhouse in Murray, I was hanging out with Mr. Raye backstage* discussing the extended piano/guitar solo at the end of the early 1970's Derek and the Dominos hit "Layla" when he interjected the following:

"Has anyone ever told you you look just like Bruce Willis?"

That was Wednesday night. On Saturday, I was out in North Salt Lake at a clubhouse party when my buddy Tyler and I chose to approach a girl who looked a lot like Meg Ryan. That resemblance, in fact, was our method of breaking the ice with her.  Then Tyler continued the game:

"So what famous person does my friend here look like?" (indicating me)

"Bruce Willis," she said, without skipping a beat.

So there you go.  Two unrelated confirmations that I look like one of the baddest action heroes to ever grace the silver screen (or the small screen, I might add; I've been a big fan of Bruce ever since his "Moonlighting" days). Truth be told, my sister has maintained my resemblance to Mr. Willis for several years now, but I always dismissed it because she is legally and genetically obligated to make me feel good about myself. 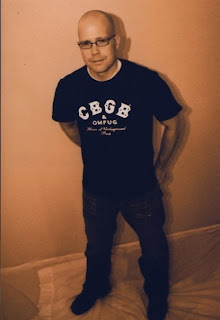 *A future post will clarify the circumstances of this exchange, but for now I will just sit back and let it fester in your totally-blown minds.
Posted by The Professor at 9:37 AM

Anyone who has read more than a half dozen posts on this blog, sat through a semester of one of my English classes, or talked to me at a party for more than ten minutes knows that music and movies are two things that are near and dear to my heart (almost as dear as hard shell tacos). And while there are plenty of movies out there with great soundtracks, the ones that really get through to me are the ones that are about those soundtracks.

Here is a list of seven great movies for people who love music:

The plot: Pretty simple, really. At the height of Beatlemania, John, Paul, George and Ringo arrive in town for a day's worth of press conferences, TV tapings, and a live concert, dodging rabid fans, sophisticated press agents and local police along the way.

The music: Some of the best of the early Beatle catalog, including "Can't Buy Me Love," "If I Fell," and "All My Loving," among others.

The moment: Early in the film, while the Fab Four are hanging out in the dining car of the train they are using to make their next gig, Paul wanders over to flirt with a couple of school girls. It would just be another charming throwaway moment if one of the school girls wasn't Patty Boyd, future wife of both George Harrison and Eric Clapton, and the woman who inspired the song's "Something" and "Layla."  That must have been some cameo.

The plot: I've always thought of this movie as the film equivalent of "The Wonder Years," if Kevin Arnold was an aspiring music journalist who wound up on tour with a 2nd tier rock band in the early 1970's. Instead of chasing Winnie Cooper, this Kevin (William Miller, played by local SLC product Patrick Fugit) winds up falling for a semi-mythic groupie named Penny Lane (Kate Hudson.)

The music: The movie is a semi-autobiographical account of how director Cameron Crowe got his start at Rolling Stone, so the film is jammed with music from pretty much every act from the early '70's: Bowie, Zeppelin, Hendrix, and an unforgettable sequence with Elton John's "Tiny Dancer."

The moment: William Miller may be on tour with a real rock band, but he's still an outsider. When things go bad late in the film and William has no one else to turn to, he calls up his mentor, Creem Magazine editor Lester Bangs (played by Philip Seymour Hoffmann), and the resulting conversation says it all.

The plot: Two black-suited ex-cons reform their old R&B band when God inspires them to raise the money to save the Chicago orphanage they were raised in from imminent foreclosure. Along they way they battle local police, neo-nazis, Indiana rednecks, and Carrie Fisher.

The music: The music in this film is the template for a working knowledge of soul music. Not only do James Brown, Aretha Franklin and John Lee Hooker play on the soundtrack, they also show up in cameos throughout the film. This movie is ground zero for my music appreciation.

The moment: After looming in the background like the angel of death for two hours, Carrie Fisher finally tracks down our heroes in a dank sewer. When he finally takes off his sunglasses for the first and only time in the film, you know why John Belushi was one of the greatest comedians to ever hit the screen.

The plot: A rogue group of working class Irish misfits from Dublin band together to save soul music and figure out what on earth those lyrics to "Whiter Shade of Pale" really mean. The perfect movie for any white suburban kid who was raised on Motown and James Brown.

The music: Do-it-yourself covers of soul standards from Aretha Franklin to Wilson Pickett.

The moment: The drummer wants to kill the lead singer. The sax player thinks he's a jazz soloist. The trumpet player has turned all three backup singers against each other. The manager has a price on his head from the loan shark he used to score the band's equipment. And outside, Wilson Pickett may or may not be on his way to jam after he finished a gig of his own.  In the middle of everything, the band gathers on stage for one last rally before the lights go out, delivering a cover of Otis Redding's "Try a Little Tenderness" that explains just what soul music is all about.

The plot: John Cusack's Robb is a thirtysomething record store owner who is going nowhere. When his longtime girlfriend leaves him (for a New Age Tim Robbins), Robb revisits the girls of his past in order to make sense of his future, wondering if he is miserable because he listens to pop music or if he listens to pop music because he is miserable. Based on Nick Hornby's novel of the same name.

The music: "High Fidelity" is set in the 90's, but it's about a record collector, so the soundtrack covers ground as diverse as The Velvet Underground, Marvin Gaye, and the Stiff Little Fingers.

The moment: When Robb finally concedes to attend the local debut of his manic employee Barry (Jack Black)'s new band, he expects the worst of garage rock. What he gets is something entirely different.

The plot: At the peak of the British Invasion, the only way Britons could listen to rock and roll on the radio was to dial in to a pirate broadcast from a ship anchored somewhere off the mainland. "Pirate Radio" is a fictionalized account of one of those ships, told through the eyes of a prep school dropout who is sent to the ship to meet his long unidentified father.

The music: Set in 1966, the movie features the best of The Who, The Stones, The Kinks, and tons of other British Invasion greats.

The moment: When one of the DJ's steals the girl of his dreams, Carl (the dropout) finds himself in familiar rough waters. When two members of the crew try to cheer him up, you realize that the movie is about a lot more than music.

The plot: The prototype tale of a one-hit wonder set in the excitement of the early 1960's. When amateur drummer Guy Patterson (Tom Everett Scott) joins a local band called, yes, "The Wonders," their catchy hit takes them from small-town Pennsylvania to the top of the national charts, then leaves them alone at the peak with no way down.

The music: Unlike most of the other movies on this list, the music in "That Thing You Do" is all original, penned to mimic early 1960's styles, and it is remarkably effective in doing so.

The moment: When the band inevitably splits, leaving Guy at the recording studio with no one to play with, he runs into his Jazz, drummer Del Paxton, who passes on some advice that has pretty much defined my amateur musical career.

The plot: Before George Lucas made "Star Wars," he directed this relatively low-budget film that follows the hijinks of a group of friends on the last night of summer in 1962. Even though it's not about a specific musical topic, the period soundtrack is omnipresent throughout the film, mostly channeled through the radio broadcast of famous DJ "Wolfman" Jack that the characters always seem to have playing on their radios.

The music: Set in 1962, "American Graffiti's" soundtrack covers the best of early rock and roll, right up to the days before the Beatles hit. Del Shannon, Bill Haley, Buddy Holly...they're all here.

The moment: In one of the most contemplative scenes in the movie, Richard Dreyfuss' character Curt actually drops in on The Wolfman because he wants to drop off a dedication to the elusive blond he's been chasing for the whole movie. Growing up, my favorite scene was Curt's initiation into the local Pharoah gang, but as I get older this encounter with The Wolfman takes the number one spot.

Posted by The Professor at 9:36 PM