Dear Friends, Family, Stalkers, and random people who land on my blog after Googling "Why people hate country music,"

Greetings.  As several of you know, this is the first official Post Christmas Letter in two years, since there was no entry for 2008.  That is because 2008 sucked.  I went to a lot of concerts and I went on some cool trips, but I also experienced two major family deaths, got laid off from my job, and was asked to vacate my longtime singles ward, so when late December rolled around, I had no desire to relive all the crapness.  But I'm back now, so relax. 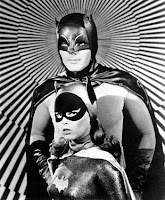 Honestly, even though there haven't been any major family deaths this year, 2009 has largely sucked as well.  Just not quite as much as 2008.  Most of the year has been spent in an existential haze, marveling at the curious chain of events that led me to my current position instead of the future I had so clearly envisioned in 1988: married to Meg Ryan, owner of three Super Bowl rings, fighting crime as a vigilante super-spy on the side.

Here are some of the more notable moments of 2009, organized in convenient month-by-month bullet-point format:


-January: I formally leave the University 32nd Ward to return to the world of traditional family wards, landing in the Bountiful 7th Ward at the end of my street.  Everyone is very kind.  I hate it.  Later in the month I take a quick road trip to Denver, Colorado, where I enjoy a Killers concert with my buddy Fabian, two nannies and Senator Bob Bennett's great nephew.

-February 2009: Thanks to my old KJZZ contacts and my new part-time spot as a Utah Jazz video editor, I shoot a Jazz-Bobcats game from the baseline and put together a game promo that marries Rick Astley to an 18th Century sea battle starring Russell Crowe.

-April 2009: VCU rejects my application for the Media, Art and Text Ph.D. program, blaming the economy.  A month of daily blog entries fails to increase readership or comment frequency.  Vigilante Super-Spy begins to look like a more reasonable career path than professional writer.

-June 2009: After nearly two and a half years of parties, group dates, and Zombie Fests, I vacate the 1200 South house in Bountiful, determined to move on in life...and move about a mile away into West Bountiful.  I also shoot my first wedding.

-July 2009: When my old roommate Brandon decides to get sealed in San Diego, I decide to turn the event into a mega road trip and spend 10 days on the road, swinging down to San Diego through Vegas, cruising up the Pacific Coast Highway to San Francisco, then cutting across I-80 to home.  Definitely one of the highlights of the year.

-August 2009: I realize that making money would be a good way to curb my depleting bank account, and sign on with Salt Lake Community College to teach my first sections of English 1010 in two years.  By the end of the semester I have busted seven students for plagiarism, graded five papers on marijuana legalization, and used clips from "Saturday Night Live," "Raiders of the Lost Ark," and "The Texas Chainsaw Massacre" to illustrate composition principles.  It is good to be back. 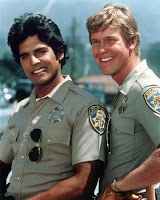 -September 2009: I pay a mechanic in Pocatello $400 to fix my alternator on the way to Yellowstone for Labor Day Weekend.  Less than a week later Salt Lake City's answer to Ponch and John bust me for speeding on Beck Street on the way to class.

-October 2009: I play in a band for a bunch of 3rd Graders and their surprisingly animated teachers at a charter school in North Salt Lake, and later, thanks to the inspired nature of my immediate family, I get Giordano's Pizza shipped in for my birthday.

-November 2009: During a co-ed pick-up flag football game in Centerville, I get kicked in the chin to the tune of 11 stitches, leaving me with a substantial scar and the unanswered question of why the majority of my sports-related injuries always take place when I make an extra effort to play defense.  Later that month, a local publisher rejects my memoir manuscript...blaming the economy.

-December 2009: In the middle of another meaningless browse through Facebook, I discover that my third greenie Elder Joshua Clark--who was hit by three cars in the three months we served together in South Chicago--is alive and well and married with five children...in Australia.

...which brings me here: technically employed, sort-of technically dating, living in West Bountiful with a military software programmer and two robots that perform the majority of our housework.  In a sense, it is the zenith of my bachelor existence.

Josh
Posted by The Professor at 9:26 AM