I've been debating whether to weigh in on the Tiger Woods thing.  The topic has popped up in a surprising number of discussions with friends and family in recent weeks.  I say surprising, but maybe that's just because I'm a cynic who assumes that fidelity among professional athletes is the exception rather than the rule in our enlightened times.  (Meaning fidelity between the athletes and their spouses, not between the athletes themselves...uh...yeah.  Just thought I should clarify.)

It would be easy to make a bunch of high-handed observations about Tiger and make fun of all my friends who are avid golfers, but who am I to point the finger of moral accusation?  I mean, I shop at Wal Mart.  Plus I eat at Del Taco sometimes.

Anyway, I came across a little something this morning that says pretty much everything that needs to be said.  I found the image below on one of my new favorite blogs, Awkward Family Photos.  It pops up regularly on my little blog roll on the right, and if you haven't looked at it yet, you should do so.  Immediately.  I mean, right now.  You know you have an hour to kill, and besides...it's Friday. 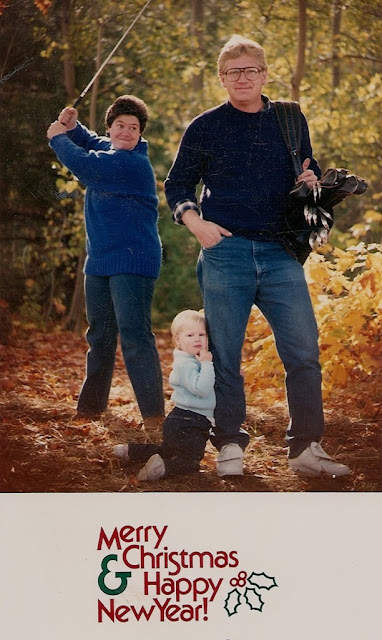