Brick-Wall Theory, or "Looking for SSMUB in all the wrong places."

I am one of the latter.

Seventeen years after entering the enigma of the Dating World, I feel about as much in the dark as I did when I started.  I've learned that bringing red roses on the first date is a bad idea, and I've figured out that girls aren't all that impressed when you destroy them at bowling, but that's really about it.  Often I find that the questions turning over in my mind late into the night are the same ones that left me befuddled and clueless at the height of the Grunge Era.

(Hold on...give me a second while I finish filling out my AARP application and stabbing it through my chest repeatedly.) OK...in that time I've often tried to make sense of my circumstances, to try to figure out the great mystery that was standing in the way of Ultimate Success.  Of course, the definition of "Ultimate Success" has always been a bit of a moving target.  In 1992, "Ultimate Success" was Meg Ryan.  In 2009, it's more like getting a text response within 24 hours.  The game has changed a lot over the years, and in that time, my analytical efforts have tested a lot of theories, and I've harbored a lot of philosophies...

...and none of them really hold water.

One might.  I call it "Brick-Wall Theory." Actually, it's more of an observation than a theory.  The basic idea is that we all operate on some kind of vast Dating Spectrum, trying to progress though a series of check points ("First Date," "Marriage," "Non-Contractual Making Out," etc.) to advance from one end to the other.  But along the way, we keep getting stopped at our own custom brick wall.

For example: over the years, some of my friends have consistently moved from serious relationship to serious relationship.  Getting a girlfriend or boyfriend was a matter of routine, but there was always a wall between that serious relationship and the next check point: "Engagment."  Others struggled to turn off SportsCenter and actually ask a member of the opposite sex out on a date.  Their brick walls lay between "Fundamental Awareness of the Opposite Sex" and "Verbal Contact."  Still others have made it past the "Engagement" threshold on multiple occasions, yet have never crossed the "Marriage" barrier.  (Keep in mind, "Marriage" is not necessarily the definitive end point of the spectrum.  Just ask Tiger Woods.)

For whatever cosmically comic reason, my brick wall lies somewhere between "First Date" and "Consistent Dating."  There have been several times I have gone on multiple dates with the same girl, and I've endured my fair share of DTR's*, but the majority of my efforts hit the fan well before anything serious gets going, at least in any official capacity.  Sometimes I give the abort code--which gets me accused of being a Serial Dater--and sometimes she does--which gets me accused of chasing "The Wrong Type of Girl." Either way, sometime after the first date with Girl X, one of the following scenarios usually plays out:

1. Josh gets bored and loses interest.
2. Girl X becomes unresponsive to texts, e-mails, voice mails, and/or smoke signals.
3. A national crisis intervenes...then Josh gets bored and loses interest.
4. Josh forces himself to take Girl X out one more time even though deep down he knows he is not interested, subsequently has a miserable time in spite of a fine batch of chile verde from Red Iguana** and an impressive display of European Mormon Folk Art down at the Church Art Museum, and only realizes years later that he should have gone after Girl X's roommate Girl Y instead. 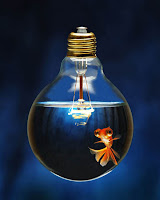 It would be a lot easier to paint myself as a victim if all my efforts over the years had met with universal rejection.  Then I could tell myself I was like Thomas Edison, just puttering away at different combinations until he managed to invent the light bulb.  The trouble is that Thomas Edison never passed on viable filament options because even though the filament had a really great personality, he just didn't want to make out with it.  If marriage was just about finding someone who liked you, we'd all be locked up by 25.  But the real goal is to get married to someone that you like who likes you back, and that makes things a little more complicated.

Like I said, I've seen a number of my friends encounter similar obstacles in their efforts, and even though each of them has eventually overcome their own brick walls, few if any can tell you why or how (though most will feign some sense of enlightened perspective).  Eventually things just work out, and the spaghetti of love sticks to the wall of commitment where it never did before.   Sometimes after years of futility, two people meet at the Halloween Dance and get married before Christmas, and sometimes people just wake up and realize that they've basically been married to their best friend for the last decade, so they officially start dating and happy-happy, joy-joy ensues.

This suggests that success in matters of dating and marriage is largely dependent on the Lord's Timing, and I think that's probably true.  The trouble is that misunderstanding this idea can lead to a certain feeling of futility, that no matter how charming you are or how many sketchy blind dates you accept, nothing is going to work until the timing is right.  This is especially problematic for Mormon males who are responsible for taking the initiative in the whole process, yet always have people telling them asinine things like, "I found what I was looking for once I stopped looking."

As such a Mormon male I've determined that the whole thing comes down to one central question:

"Am I doing what I am supposed to, only waiting for the inevitable intervention of The Lord's Timing to deliver me from Single Person Purgatory, or am I actively doing something to inhibit the delivery of Spiritually Sanctioned Marital Uber-Bliss?"

Until we get over that wall, I'm not sure any of us will really know the answer.

*DTR = Define The Relationship talk.  AKA, "The State of the Union Address," AKA, "What Michael Corleone had with Carlo before he had Clemenza strangle him in the car outside."

**Now available in two fine downtown locations!
Posted by The Professor at 9:22 AM