The Road to Cleveland

This morning I was lying in bed, trying to find the will to get up and start grading final portfolios, when those cheerful morning people on my radio announced this year's nominees for the Rock and Roll Hall of Fame.  Pretty much every one of them has made a connection with me over the years, and not just because of their pretty little outfits: 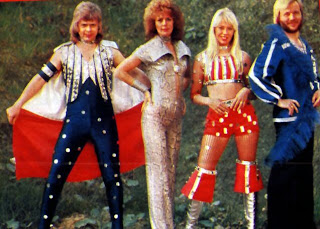 Abba: Of all the nominees, I'm sure Abba will draw the most press, mainly because of the "Mamma Mia" thing. I've never seen "Mamma Mia," but Abba still sparks a fond memory for me. When I returned from my mission to Chicago, I found two unlikely musical genres flourishing: swing and disco. Any time I went to an Institute dance, you could be guaranteed to hear two songs. One was "Jump, Jive an' Wail" by The Brian Setzer Orchestra; the other was "Dancing Queen" by Abba. 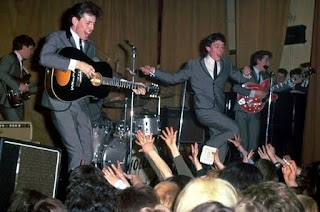 The Hollies: Most of my musical upbringing came through the tutelage of my Baby Boomer parents, who underscored our numerous drives around town with a series of oldies stations and mix tapes. One of these mix tapes featured an upbeat number from The Hollies called "Bus Stop." Most music people will remember The Hollies as the British Invasion band that eventually brought Graham Nash into Crosby, Stills, Nash and Young. For me, The Hollies evoke memories of standing at bus stops in the rain sharing umbrellas with random women. 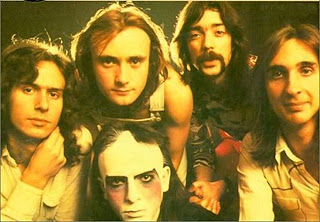 Genesis: With my parents running the tape deck, I didn't get a whole lot of exposure to contemporary music as a child, unless it came on the soundtrack to one of my favorite movies, like "Ghostbusters." (Here's to you, Ray Parker Jr.) My mom had "Thriller" and the Pointer Sisters' "Break Out" albums, but the first contemporary band I discovered on my own was Genesis. I loved the "Invisible Touch" album, especially for the video to "Land of Confusion," which used puppets from one of my favorite TV shows at the time. 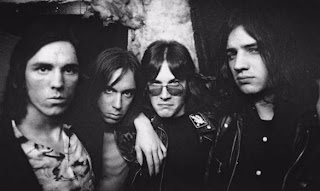 The Stooges: I can't remember exactly where I first discovered The Stooges. It may have been during my Rock and Roll History course at the University of Utah (also the course, I might add, where I first considered the idea of teaching college classes). Either way, Iggy Pop's first band represents raw proto-punk at its finest.  Plus they've got one of my favorite band names of all time. 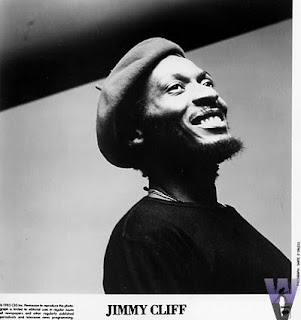 Jimmy Cliff: When it comes to reggae, most people rarely venture beyond Bob Marley's Greatest Hits. That's too bad, because as great as Bob was, Jimmy Cliff really put out some fantastic stuff. To me, he's the Sam Cooke of reggae: a great voice and a really great vibe. Cliff's music covers a classic spectrum, from hopeful optimism to simple romanticism to gut-wrenching, soul-stirring balladry.

Not a bad lineup, I'd say.  Actually, considering the influence my mom has had on my musical tastes over the years, it's only fitting that the Rock and Roll Hall of Fame was built in her hometown.  With the Browns reeling and the Cavaliers enduring constant "LeBron-to-NY" rumors, the people of Cleveland could probably use some of Jimmy Cliff's good vibes about now.
Posted by The Professor at 10:39 AM