CDIII: Revenge of the White Elephant

In spite of massive traffic and parking headaches, Christmas Date III came off last weekend with nary a hitch. The third episode in the series (spun off a similar concept my ex-roomies up in Logan used to hold) followed a traditional pattern:

The cast varies a bit from year to year, but has retained a core membership of the two guys I roomed with in December of '07 during Christmas Date I, plus myself. Since that event, my sister married one of my roommates, and the other one just got engaged two weeks ago, so the whole proceeding is evolving from a single guy group date into a married couple group date.

...not that the metamorphosis is having a staling effect on the photo evidence: 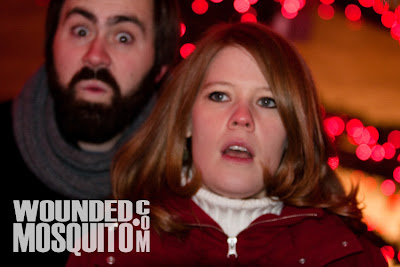 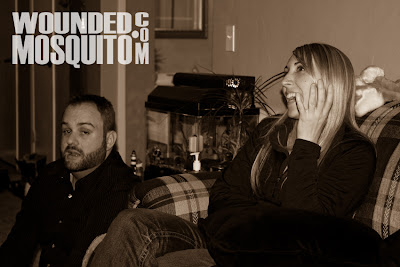 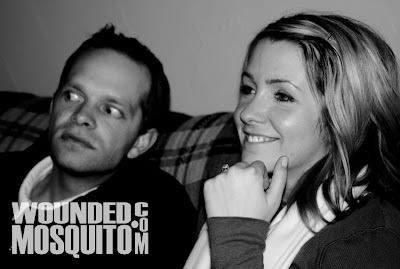 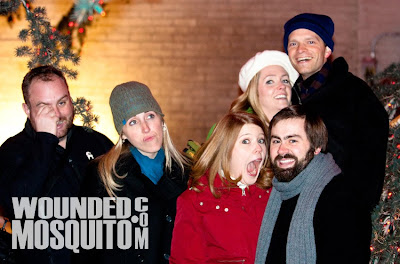 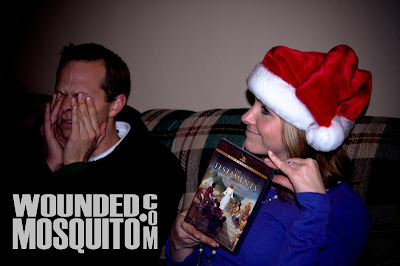 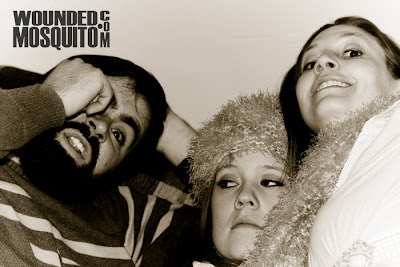 It's going to break my heart if somebody doesn't use at least one of these shots for their Christmas Card.

BONUS RANT: During the Hot Chocolate/White Elephant after party, we were all sitting around listening to a Christmas iPod mix--featuring selections from the Phil Spector Christmas album, of course--when my ex-editor/roommate Mark's girlfriend-turned-fiancee Holly remarked that "Happy Xmas (War is Over)" is the worst Christmas song of all time. I concur that inclusion of the Lennon-penned/Ono-enhanced carol on my Christmas mix comes more out of kitsch than genuine admiration, but my vote for "Worst Christmas Song of All Time" goes to Paul McCartney:

I don't know, maybe Christmas songs are just the Beatles' Achilles Heel. Anyway, "Simply Having a Wonderful Time on My Radio Shack Keyboard" just narrowly beat out Wham's "Last Christmas" for the title.

Feliz Navidad, people.
Posted by The Professor at 9:05 AM