The Retro Review: The Hitchhiker's Guide to the Galaxy

When I had dinner with my friend Brad and his family a couple of weeks back, I left with more than a nice prayer story. I also got a special compilation of the entire Hitchhiker’s Guide to the Galaxy series by Douglas Adams. Brad had been recommending it to me for months, and I finally decided to sit down and read the first installment.

Technically, I did listen to the book on tape while still working at the Natural Resources Conservation Service, but I didn’t remember much about it, other than thinking it was nice. I also saw the recent movie version of the book, with Sam Rockwell and Zooey Deschanel, which I also thought was nice, but I kept thinking that I still really needed to sit down and actually read the thing.

Though I enjoyed the movie version, I now understand why so many devout Douglas Adams fans weren’t too keen on it. Turns out the film adds quite a bit to the book that wasn’t there initially. (Now, to be fair, they might have added elements from the later books, but since I haven’t read those yet, I can’t judge accurately). I’m guessing most of the additions and changes were for film theory/three-act format/let’s get John Malkovich involved reasons. Think “Lord of the Rings” and Peter Jackson, only not as good.

For the uninitiated, The Hitchhiker’s Guide to the Galaxy is the story of a lonely Brit named Arthur Dent who gets teleported off of the Earth seconds before it is destroyed by an intergalactic construction crew. (They want to make room for an expressway). The story follows Dent as he is whisked around by his new alien friends, adapts to his new situation, and ultimately learns the reason for his home planet’s existence. He also learns that it turns out humans are only the third most intelligent species on the planet.

The “Guide” is an electronic super-book/manual that intergalactic hitchhikers use to reference pretty much anything in the universe, whether it is providing simple descriptions of planets (The Earth is summed up as “mostly harmless”), or warning you of what you should never do upon meeting a Vogon (let them read you their poetry). 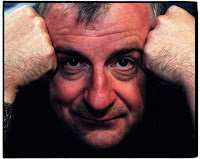 While the movie did convey Adams’ dry British humor to a point, the book really brings it out in its full glory. In the movie, the humor comes off as cute, whereas in the novel, it’s a little more sly, and a little more ironic. It also doesn’t seem to have any interest in developing the “love connection” between Arthur and the only other surviving human (Trillian).

It’s definitely a story that needs to be read more than seen, since the vast majority of the material is Adams’ expository work on the context of this quirky universe he’s created. It’s kind of hard to put that kind of thing on screen. I’d give a specific example of my favorite passage in the book, but without the context of the full novel it wouldn’t make any sense. So I’ll just say it has to do with the coast of Norway.

The one criticism I have of the book (and I’m not sure if it’s a true gripe) is the utter abruptness of the ending. The close of the novel feels much more like a segue into the next book than the completion of the first. This may have to do with the fact that the story has also seen life as a radio serial, and may have lent itself to a more episodic style.

Again, it’s very hard to say anything conclusive without reading all of the books, but I can say that I genuinely liked reading the first one finally, and I’m sure Brad will be happy to hear that. So if you are short on time, go ahead and check out the flick, but if you really want to get the undiluted Adams experience, read the book.
Posted by The Professor at 9:39 PM