The Retro Review: The Wonder Years

Thanks to the miracle of modern DVR technology, I’ve been able to watch about two-dozen old episodes of “The Wonder Years” over the last week. It’s been great to catch up with an old favorite—the shows haven’t aged at all—but it does bring to mind some frustrating issues.

I’ve always felt a kinship to the Kevin Arnold character: we were both about the same age, we were both short, we both had friends but never widespread popularity, we both dug 60’s music, and we were both delusional optimists. The only real difference was that while he actually got to date Winnie, my only female interaction was staring at (name deleted)’s legs between 3rd and 4th period.

I never had an older brother (or a blonde hippie older sister), but Wayne was a great metaphor for how you always seemed to take it in the nuts when you were that age. At work, at school, with girls, everywhere. Junior high is truly an era we’d all like to forget on one hand, and at the same time the source of some of our fondest memories. 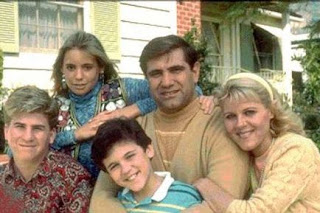 Watching all these old episodes made me smile a lot, and actually laugh out loud a time or two. But one issue kept popping up again and again, and refused to go away:

Why, why, why didn’t Kevin ever just go after Madeline Adams?

I don’t know, maybe it was in Winnie’s contract. Maybe they couldn’t figure out how to take her footage out of the opening title sequence. But for the love of all that is holy, could someone explain to me how when given a choice between a cute girl that dumps you on a regular basis and a drop-dead gorgeous girl that is constantly vying for your attention (yet has the mature presence of mind to sneak you back your engraved bracelet in a way that your girlfriend—her competition—won’t be suspicious), Kevin constantly chose Winnie? 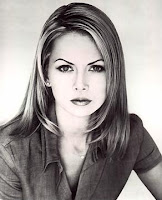 Let me emphasize here: this woman basically looked 21 when she played 14. The photo at right is pretty much exactly how she looked at the time. But again, it wasn’t even just looks. With Winnie, it was all drama, all the time. All miscommunication and bizarre behavior, past issues leading to lash outs and multiple scenes where “God Only Knows” played in the background while Kevin watched her leave and Daniel Stern intoned, “she was gone”. All Madeline ever did was ask Kevin to taste the chocolate mousse on her finger and tell him to man up and make a choice.

Yeah, yeah, I know: Kevin loved Winnie. They were lifelong friends. He was a masochist. And yes it’s true; at thirteen, you really don’t get it all the time, if ever.

Kevin should have given Winnie the heave-ho and gone headfirst into Madeline World. He probably would have gotten the shaft once they got to high school, but how could that have been any worse than what Winnie put him through? Winnie could have started dating Paul (they actually did in one episode—kind of), and might have saved him from becoming Marylin Manson.* Wayne might have actually respected Kevin for his hot girlfriend and spared him years of mullet-enhanced abuse, which would have created a stable home life that Karen might not have rejected for all her hairbrained hippie ideology. She might have stuck around, got a teaching degree, become a Mormon, and married me.

Now that would have been a great show.

Posted by The Professor at 3:43 PM