Last night, after watching the Jazz notch a long-overdue victory against the Clippers, I dropped by The Happy Sumo with Breto, Randy, and Randy's brother Ben for some post-game international cuisine, and for the first time ever, all I ordered was sushi.

I have ordered sushi in the past, but always as an effort to augment whatever traditional entree was taking center stage. At the Happy Sumo, that entree is usually the Teriyaki Chicken Bowl with tempura vegetables. But last night I only ordered a Firecracker Roll, and in its aftermath I am wondering what new stage of life I may have entered.

To me, aside from the obvious question of taste, the prospect of embracing sushi was similar to embracing golf: sure, it would have its advantages, but deep down it was a little too sissy-boy to accept wholeheartedly. I can't take any sport seriously if it doesn't allow for heckling (sorry, tennis), and I can't take food seriously when it comes out of the "smaller portion/higher price" category.

Identifying myself as a sushi guy could threaten my entire Machismo Equilibrium. We all have various aspects of our personality that demand counterbalance. Here are a few of mine, for example: 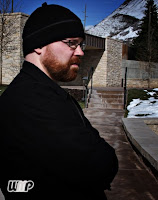 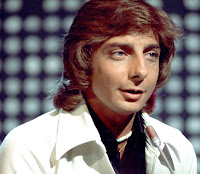 I have always worked hard to maintain the balance of these categories, just like I used to maintain a balance between the number of LDS temples I've attended with the number of Hard Rock Cafe's I've visited. But adding "Sushi Fan" to the Sissy Boy list might threaten that delicate equilibrium, and then in a panic I might start carting around a .45 in my pants to compensate. The solution so far has been to treat sushi as an appetizer, allowing myself to enjoy the subtleties of the ingredient varieties and texures while assuring myself that I really came for the teriyaki chicken and hot waitresses.

But as of last night, I cannot make that argument. In an effort to offset my concern, I attempted to convert Breto and Ben by offering them a sample of my roll. They acquiesced to my gesture, but remained unconverted, and I also learned that it's not a good idea to try to cut a piece of sushi in half with a chopstick.

Next time you see me, better not pat me in the lower back area. There's a good chance a gun may go off.
Posted by The Professor at 11:11 AM