Another Score for Jack

My buddy Chidsey usually runs all the jumbotron stuff for the Jazz games, but he also does the same thing for the Bees and Real Salt Lake (SLC's minor league baseball team and pro soccer team, for all of my European and Asian readers*). Saturday night, all three teams had games, so Chidsey pegged me to pinch hit for the Bees crew (pun intended). 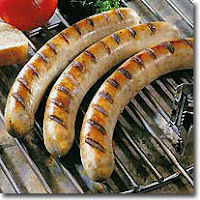 I drew the video board operator straw, so my responsibilities were essentially to rotate different LED graphics and custom announcement posts onto two different sections of the big animated scoreboard in right field. The biggest trick involved was that each of these sections was controlled by a different computer, so when Colby-the director-called out for a graphic, I had to make sure that I clicked the right mouse. Otherwise I might, say, post some outdated NBA scores from a month ago that I hadn't finished updating instead of posting a small LED ad commemorating the sponsorship of Colosimo's famous Bratwursts.

Aside from the NBA gaffe, I only had a couple of minor screw-ups, like plugging in the wrong name for a Bees batter. But I never accidentally inserted swear words into the birthday announcements, and the wedding proposal after the eighth inning seemed to go smoothly. All in all, I probably earned my keep for the night.

This new professional experience led me to reflect on my ever-expanding resume of random jobs I have held over the years. Here's the newly updated list of paid gigs from the 7th Grade on:

Kind of makes you wonder what's coming up next...


*Really. When I check out my sitemeter stats, I'm amazed to see who's landing on this blog sometimes. Yesterday, for example, someone from Belgium visited almost thirty separate pages on my site alone. On behalf of the Wounded Mosquito Editorial Board, I would like to officially extend the hand of international friendship, and encourage all my foreign and domestic visitors to click the little "follow" button at the right.

**Technically I wasn't paid to produce the "B All Over" sketches, but my stuff was televised, and the gig did translate into a full-time job producing the KJZZ morning show, so I think of it as kind of an unpaid internship. But strike it off the list if you don't feel good about it.
Posted by The Professor at 9:58 AM