From time to time I have ranted about modern technology's seemingly insatiable drive to turn us into a "Matrix"-like network of disembodied brains floating in amniotic fluid connected by ethernet cables. Last night Elder David Bednar of the LDS church's Quorum of Twelve Apostles validated my fears.

It's good to know you're on the same page with an apostle now and then.

Recapping the entire address would be redundant, and furthermore wouldn't be worth my time. (The irony of blogging on a speech warning against excessive online dependence and virtual social interaction does not escape me.) I recommend listening to the whole thing, with the knowledge going in that Elder Bednar is not condemning technology in general, just the abuse of it.

I just wanted to express my gratitude to hear someone pipe up about something that has had me concerned recently. In my efforts to make the jump between "wanna-be semi-professional writer" and "actual professional writer", I've felt pressured to dive into the online virtual community head-first and shamelessly self-promote myself through a barrage of Facebook status updates, Twitter posts, and other means. While I agree that a certain degree of this activity is necessary-and that it is a far cry from committing virtual adultery via Second Life-it's good to know that my concerns are justified.

Sometimes my dependence on the Internet reminds me of a season two episode of "The Simpsons" from years back when Marge manages to pressure television executives into removing all the violence from "Itchy and Scratchy" episodes. The kids get so bored with the resulting lame offerings that they finally decide to go outside and play, rubbing their eyes in the face of the bright sunshine they have so long rebuffed.

Our modern technology is miraculous, but for the love of all that is holy, people, let's make sure we're going outside sometimes. 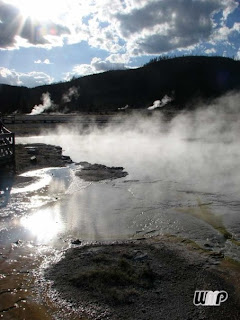