Virginia may be for lovers, but it ain't for me...at least according to the Virginia Commonwealth University Media, Art and Text Program. This week I got my official Dear John from the admissions people.

I've actually known I didn't get in for a few weeks now. I called them to get a early heads-up when I was trying to decide on a possible job offer (which didn't matter anyway, since the job fell victim to a hiring freeze). But now that I have my letter in hand I have something concrete to blog about.

(Note to self: insert link to footage of parade to convey irony)

Maybe in spite of all my preparation, my GRE score just wasn't good enough. Maybe my Flash-less application portfolio was just too underwhelming. Or maybe in the wake of our national economic festivities, too many people applied for my program, like the guy on the phone actually told me. Either way, it looks like my post-KJZZ, post-Geriatric Cleansing path isn't leading to Richmond, Virginia. At least this year.

Rejection's a funny thing. You never quite grow to love it, though it can be relieving at times. I was disappointed to lose my KJZZ job, but relieved to be off the graveyard schedule that was netting me four hours of sleep a day. I was disappointed to get turned down by VCU, but kind of relieved that I didn't have to worry about moving to Richmond for the next five years.

Heck, I've been disappointed to get shot down by plenty of girls over the years, yet when I consider where I might have wound up, I feel like going outside and kissing the green grass of freedom in humble gratitude. (I could just kiss my carpet, but that would look kind of silly).

And yet, even if you don't want to go to the party, it's still nice to be invited. 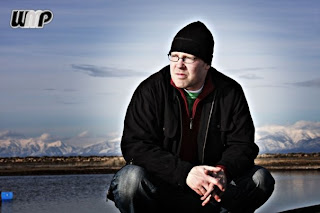 Posted by The Professor at 6:14 AM