An Evening of Cocker Power

I hope that by the time I get to be Joe Cocker's age, I can still scream the way he can. Because I'm pretty sure my next career move is to be a bearded British blue-eyed soul singer.

I caught Joe at the front end of a double-header Wednesday night at Usana Amphitheater with some longtime friends and about 10,000 of Utah's most colorful characters. Since Joe was technically the opening act, he got to play the obligatory "stare into the sun and sing while people walk around aimlessly" role. Kind of sad when you think this was the guy that electrified 400,000 people at Woodstock.

But nearly forty years after that performance, Joe can still deliver the goods. In a set that lasted just over an hour, he played all his favorites, which in most cases were covers. For the uninitiated, Joe Cocker not only built a career off of covering other artists, he built that career by being one of the most original cover artists of all time. Wednesday night he played covers of Traffic's "Feelin' Alright", The Lovin' Spoonful's "Summer in the City", Billy Preston's "You Are So Beautiful", and The Beatles' "Come Together". He also played that duet song from "Officer and a Gentleman": "Up Where We Belong".

This was the second time I've seen Cocker live, and sadly, I think the first round was a bit better. Of course, during that first concert I was on a date with my friend's fiancee, so it was a little more memorable, but the real reason was that the first event was indoors in front of a more attentive audience. Watching Joe in broad daylight while half a dozen middle-aged couples made out on the grass in front of me left something lacking. 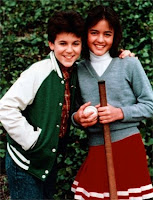 The highlight of the performance, just like last time, was Joe's epic performance of "With a Little Help From My Friends" (that song that opens "The Wonder Years"). Technically that one is a cover, too (another Beatles one), but like Aretha Franklin's take on Otis Redding's "Respect", Joe pretty much steals the song. From the initial wandering melody on the Hammond, through the Jimmy Page penned solo line, the passionate call-and-response vocals from Joe and his backup singers, up through the climactic jam where the drummer goes hog wild, "With a Little Help From My Friends" is ten minutes of epic awesomeness.

It helped to have three of my longtime friends with me at the concert. Randy, Breto and "The Other Josh" were in attendance, which is a rare opportunity given that each of them is married with at least two kids. But our advanced age and their advanced social responsibilities didn't stop us from having a blast just like we were in high school again, especially Randy, whose boogie was so infectious that he accidentally lured over one of the dance-happy middle-aged post-hippie women who always show up at these kind of events. She kept trying to dance with us for the rest of the night, and was disappointed when we couldn't keep up with her alcohol-charged enthusiasm. 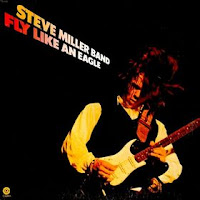 Most of this dancing took place during the actual headliner of the show, which was The Steve Miller Band. I can't say I'm a huge Steve Miller fan--I've got a song or two--but I can say that he puts on a fun live show. Half the time he was covering old 50's blues numbers, and the highlight for me was when he strapped on a Gibson Flying V and started jamming out a chunk-a-chunk tribute to Bo Diddley, who only died about a month ago.

After Steve and Co. played a psychedelic-charged super jam of "Fly Like an Eagle", those domestic responsibilities kicked in, and we made an early exit. For a moment Breto and I stopped at the top of the grass section and took in the night air for a few seconds, watching all our fellow patrons groove under the stars. The Jazz may be the only act in town that can truly unite all Utahn's, but guys like Steve Miller and Joe Cocker do a pretty good job, too. And it's always nice to have good friends along for the ride.
Posted by The Professor at 9:26 AM