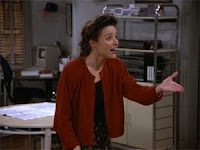 One of my favorite "Seinfeld" episodes is the one where Elaine dates the guy who goes into a trance whenever the Eagles' "Desperado" comes on the radio. The song is so moving, you see. He gets all angry whenever anyone tries to disturb the moment, and when Elaine tries to come up with a song they can share (like "Witchy Woman" or "Oye Como Va", he refuses to accept it. Because, you know, you just can't fabricate an experience like "Desperado".

That episode nearly ruined "Desperado" for me and nearly every other self-aware person who doesn't hate the Eagles anyway (as much as I love The Dude, I have to begrudgingly admit that I do like a handful of Eagle tracks). But luckily Jerry Seinfeld didn't make a whole series of different versions of this episode that would ruin all the other songs that inspire similar trances. Here, then, are a few of my "Desperado's".

I've already acknowledged that Sam Cooke may possess my favorite singing voice of all-time, which makes it all the more tragic that he was shot and killed back in December of 1964. The fact that he was murdered doesn't make this song any more poignant, because frankly, it doesn't need anything to make it more poignant. This song is amazing. Some people call it the greatest Soul song ever recorded. I think that's kind of limiting. 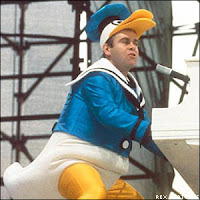 Great example of context and timing. I heard this song for the first time while watching one of the best scenes in "Almost Famous", during a time in my life when I could have used a sappy singalong on a bus. That being said, it's hard to get the full impact without watching the whole movie, but the song holds up pretty much on its own, too. Even though it was written by the guy in the duck suit. 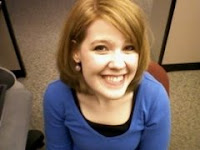 Can't post a YouTube clip of this one. Yet. I'm sure there are great versions out there, but posting any of them would be an injustice to the hands-down winner, which my sister Katie sang for her Junior recital a few years back with her friend Mel and a trumpet player named Jeremy Lundberg. And if anyone accuses me of saying that just because my sister is singing it, I dare you to listen to it. I do have it. You will eat those words.

4. "All the Young Dudes", Mott the Hoople

With a little help from David Bowie, Mott the Hoople became one of Glam Rock's most celebrated one-hit wonders. This song contains the line "Is that concrete all around, or is it in my head?" that I use to lead this blog. Not much more I need to say. 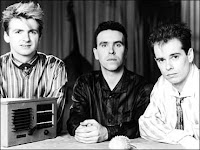 It kind of bugs me that they used this song in a Stephen King mini-series when Molly Ringwald and the guy from "Parker Lewis Can't Lose" are trying to remember their lives before the apocalypse, but even that can't diminish the impact of this song. Just don't click on the video for "Something So Strong" afterwards. At least not right away. You want to be able to enjoy this one for a while first.

6. "Where Did I Go Wrong With You", Martin Sexton 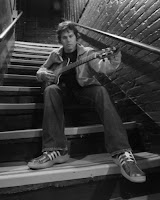 Strangely enough, I was introduced to Martin Sexton while playing with that Neil Diamond cover band up in Logan. When we all got tired of playing Neil's tunes (correction: when THEY got tired...I love playing Neil tunes), someone from the audience requested "Glory Bound". As much as I love "Glory Bound", "Where Did I Go Wrong With You" is almost more powerful. Seems like a perfect song to play around the holidays. Probably because Martin mentions a Christmas carol in it. 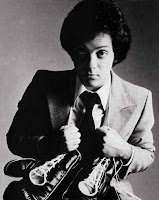 As my sister can tell you, most of the time I don't judge songs by their lyrics. Most of the time I don't even know what the lyrics are (I listed "Jumping Jack Flash" as my favorite song ever for about ten years before I finally found out what all the lyrics in the last verse were. Luckily they weren't telling me to worship Satan or anything). But "Vienna" is an exception. It's almost like Billy Joel is connecting to me personally, inasmuch as the guy who wrote "Uptown Girl" can. In fact, "Vienna" is more than enough to justify eliminating "Uptown Girl" from existence. 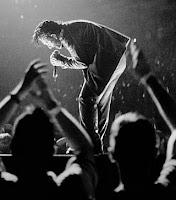 I'll be the first to admit that the first time I saw the video for "With or Without You", I thought Bono was a pony-tailed pansy and dismissed him and his Irish buddies immediately. But after hearing "One" for the first time, I flip-flopped firmly into the U2 camp. Of course, you can't take my initial rejection too seriously. It came during the same phase of life when I had a Paula Abdul poster on my wall.

9. "You Can't Always Get What You Want", The Rolling Stones 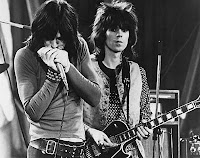 The closest thing I have to a specific context for this song is when they played it over the funeral scene at the beginning of "The Big Chill", one of those movies that has an awesome soundtrack then shocks you years later when you finally are old enough to figure out the message it's sending about surrogate parenting. It became even more poignant when years later, another Stones song came on the radio while driving to my grandmother's funeral earlier this year ("Shine a Light"). But even without all that, "You Can't Always Get What You Want" is one of those great ones that combines a killer message with an inspiring, almost overpowering sound. This is one of those songs I point to as evidence that the Stones were abducted by aliens after 1975; there's no way the same guys that wrote this are the same people touring now (it would also disqualify that annoying airplane story that I keep hearing about Mick). When the organ jumps in intensity and the boys choir elevates during the last passage of the song, you've got yourself a little piece of rock and roll heaven. 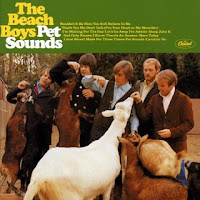 This may be just about the most beautiful song I have ever heard, and not just because I'm glad that "Run, Run Rudolph" wasn't the only time The Beach Boys used sleigh bells in a song. Nope, this song just brings it, every time, and especially when they played it at the end of the "Wonder Years" episode at the moment Kevin finds out that Winnie Cooper is dating another guy at her new junior high. I especially love the stories about how Brian Wilson and the rest of the Beach Boys held prayer sessions during the recording because they wanted it to be a spiritual song. Yep, prayer sessions. Kind of encouraging to hear that about a band now and then.

(Admittedly, the YouTube videos I picked for this piece don't always do the songs justice, especially when it's a live version or lifted from a movie clip. You should really just go to iTunes and download them all. Trust me, you won't be disappointed.)
Posted by The Professor at 3:32 PM