An evening with The Reverend

With some musicians, you go to a concert expecting a virtuoso performance, something polished and perfect. Al Green couldn't pull that off if he wanted to. At least he couldn't on Wednesday; he was too busy fighting women off the stage all night. But that didn't take away from his concert at Red Butte Gardens. In fact, it made it a lot more fun. It also helped me understand why people say that Soul music died when he left for the ministry back in the late 70's. 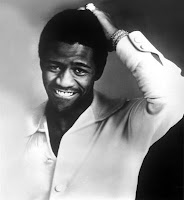 As fun as the concert was, the people-watching was almost as entertaining. Concerts are usually a pretty great venue for getting a cultural cross-section of aging hippies, middle-aged nostalgic fans, oblivious kids, and all-out freaks, but this concert was dominated by a peculiar demographic. Kind of a, "let's roll out a blanket, pop open a bottle of wine and drink ourselves silly out of these plastic goblets" crowd. It was like Al was the evening headliner at a cheese and wine festival. I guess it makes sense that he'd draw a slightly different group than The Who.

In a lot of ways, seeing Al at Red Butte reminded me of seeing James Brown at the House of Blues in Vegas a few years ago. Both are/were legendary soul acts, with over-the-top MC introductions to start and end their concerts. Both front(ed) extensive bands with horn sections, percussionists, organ/keyboard players and backup singers in addition to your standard guitar/drums/bass. And of course, both knew how to light up a stage.

But while Brown's act was a disciplined stage drill (so disciplined, in fact, that Brown used to fine his musicians if they ever messed up a note), Al Green's show is a bit more loose. His musicians are still disciplined, but Al would have a tough job fining his guys; thanks to his over-enthusiastic fans, he only sang about half the lyrics to his songs. 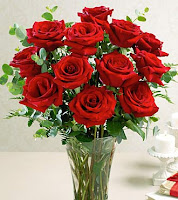 When Al hit the stage around 8pm and started singing "Just Can't Stop", a handful of women jump up on stage and try to get a kiss. Usually they got it, along with a long-stemmed rose that Al would pull from a bouquet he'd carried out on stage. I figured it would tail off after the first song, but the women never stopped for the entire 90-minute concert. The whole show was a cat-and-mouse game for the security guards, trying to spot and apprehend them before they'd get up on stage and interrupt another song.

But Al was far from annoyed. In fact, he ate it up. I've never seen a guy have so much fun on stage. You almost believed he meant it when he kept throwing out compliments about Salt Lake City. He kept telling us about how he wanted to wander out into the audience, but "they" wouldn't let him. He wanted to play "Take Me to the River", even though "they" didn't want him to, but he wanted to have fun, so he did anyway. It was all probably for show, but it was a great show. And conveniently enough, the music was great too. 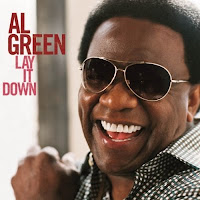 Al tore through a series of his classics, like "Let's Get Married", "How Do You Mend a Broken Heart" and "Tired of Being Alone". He finished the show with an extended jam of "Love and Happiness" and did a whole medley of tribute soul samples from his contemporaries (including "My Girl", "(Sitting On) The Dock of the Bay", and "Bring it On Home"). But he also played a couple of the songs off his new album, and they were actually pretty good. "Lay it Down" sounds just like it was yanked off of one of his mid-70's albums. Kind of nice when that happens.

Of course, the highlight was "Let's Stay Together", the kind of flagship song that could fill a career even if the artist never recorded anything else. The only thing that would have been better would be hearing the whole song. Those ladies just couldn't help themselves. Neither could the guys, sometimes, though I think they were jumping up as more of a joke. I don't think Al really cared.

And that's another difference between Al and the late Godfather of Soul. Where JB eventually evolved into a larger-than-life Bad-A Funk Master, Al's stuff always had a more intimate feel. Still funky, but personal. Al seemed to draw energy from interacting with his audience, where James Brown was more focused on performing an act for his audience.

Of course, both shows were great, and I'm happy to check Al off my "to see" list.
Posted by The Professor at 2:06 AM