This week marks a very special anniversary for me. As of last Monday, it has been exactly one year since the beautiful morning I made one of the most important commitments a young man can make...I joined Facebook.

For those who don't know, Facebook is a social networking Web site that links a series of custom dynamic profile pages. It's a cross between an online rolodex and a big book of personal ads.

On the plus side, Facebook has helped me reconnect with a number of old friends I haven't seen since high school. When your friends can be spread out anywhere from your parents' basement to a mud hut in Thailand, it's nice to have a place where everyone can stay in touch.

But Facebook is more than that...your profile page is also a huge advertisement for who you are...or rather, who you want people to think you are. Facebook offers a bunch of highly-addictive applications that let you list your music interests, post photos and videos, and even rate your friends according to their punctuality, attractiveness, and intelligence. For example, my friends have rated me the seventh most desired person for marriage. I'm only ranked #24 for my fashion sense. 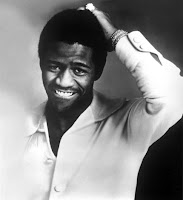 And that's where things get shady... One feature lets you post your current status, like "Josh is looking forward to the Al Green concert next week", and when you look at the status page for your whole network, you can see what everyone else is doing, too. But they're not doing it with you. Your page can tell you that you have a 74% compatibility rate with someone's movie taste, but that doesn't mean you'll ever go see one together. In fact, there are some people on my network who I haven't had more than a fifteen-second conversation with. Facebook has a nasty way of presenting us with a counterfit social reality. We can create impressive social images without leaving our own bedrooms.

Let me put this in context: Someday I am going to dress in polo shirts, wear dockers, and drive a minivan. Until then, I live in this world called, "The Singles Scene". Now, the only way out of the Singles' Scene is something called "A Social Life". For example, going to parties on the weekend, where you might actually meet girls, is considered "social". Playing Grand Theft Auto all weekend is considered "anti-social". There are levels in-between, such as when you go to parties and only talk to the three people you already know, who are also guys and are afraid of girls too, and that's called "Josh's weekend itinerary between 1998 and 2005".

But then along comes Facebook. Suddenly you can sit in front of your computer and send cute little messages to members of the opposite sex without actually having to interact with them. You can keep in touch without actually risking rejection, or worse, a real relationship. You can recruit them into your zombie army, and never have to bring cash for a tip at a real restaurant. But until we get off the keyboard and actually go hit the town in some pimp-o-matic love machine, we're not much more than a bunch of one's and zero's, people. And we all know how much action one's and zero's get on a Saturday night.

Of course, maybe that's just what we want. Maybe it's easier to control our images from a distance than to let people see the real you.
Posted by The Professor at 2:30 AM