Get me out of this office, Earl...

Before I address today's main topic, let me first salute the good people of Utah's oil and gas community: after watching gas prices drop forty and fifty cents a gallon across the country over the last three weeks, I drove by Maverick this morning and was greeted by a generous two-cent markdown on regular unleaded.

OK, last night my dad and I hit Bajio's for an evening meal, then kicked back in the family living room for a little Thursday night TV. We watched episodes of "My Name is Earl" and "The Office", a pair of much-hailed shows that have bolstered the NBC line-up of late. 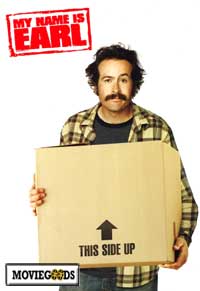 My dad had already introduced me to "My Name is Earl" a couple of weeks ago, and I had been excited to see another episode, when my usual schedule of teaching, socializing, lifting, and zoning out would allow. Last night, it allowed.

Now, I've never been a huge fan of the Foxworthy/Engvall/Larry the Cable Guy redneck thing. Yes, it's funny, but it's kind of a one-note act, in my opinion. That being said, "Earl" is hilarious. Kind of a blue-collar version of "Arrested Development", and the blue-collar aspect of the show might save it from AD-style cancellation. In what I've seen so far, the characters are likable, interesting, and fun to watch. The show's got endless possibilities, given the fantastic "list" device. And a classic rock soundtrack doesn't hurt, either.

I've been a fan of Jason Lee ever since I saw him in "Almost Famous", and it's fun to see him do so well here. Earl is too screwed up to be considered an "everyman", but like the twisted tales in "Seinfeld", Earl's philosophy and life have a way of making you relate to him. His brother is a great foil, an uber-idiot compliment to Earl in the same way Niles was an uber-neurotic compliment to Frasier. Plus, you can't go wrong with an electric-fro coifed stoner named "Crab Man". 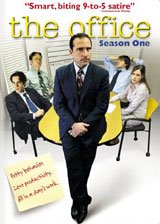 Unfortunately, I can't say the same for "The Office". People have been even more vocal about this one, but I just can't get on the bandwagon. I can see why people think it's funny, but that's exactly the problem: I've seen it before. I've seen it in half a dozen Christopher Guest films, on every episode of the Daily Show, and ten thousand commercials/skits/parodys over the last four years. The idea is the same over and over again: mockumentary footage of awkward everyday losers who think their lives are more interesting or important than they really are.

Like I said, it's not that it isn't funny; it's just that it's not that original. And since I've seen the same angle played out over and over again, it ceases to become funny. Which is too bad, because it's obvious that the cast is very talented. (Another hit against the originality bit? The show is a remake of a British comedy.)

But originality isn't the only problem. Last night's episode was indeed the first one I'd sat all the way through, and the ending further cemented it's place on my "thumbs down" list. After playing the mockumentary bit for a half hour, suddenly they come with this wrenching confession of love from one coworker to another engaged coworker. And it wasn't done for laughs. In fact, it was more sincere than anything I've ever seen on a soap opera. It would have been quality stuff anywhere else, but this felt totally out of place. "The Simpsons" can get away with cute family-friendly morals at the end, and "Seinfeld" knew better than to even try to make sentimental commentary. So what on earth is it doing here?

It took me a couple of years before I could finally come out and tell people that I hated the Dave Matthews Band. Doing so was a refreshing step in life. I don't hate "The Office" by any means, but I'm not going to wait around for three years to tell people that I don't think it's all that great.

Sorry guys, I know where you're coming from, but for now, I'm off the wagon.
Posted by The Professor at 8:32 AM