All linked up with no place to go

Seriously, who wouldn't want to return an e-mail from this smile? 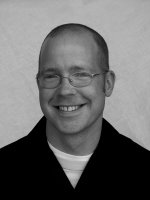 Confession time: Last month I joined 50,000 fellow Mormons on ldslinkup.com. At the time I told myself I was doing it to increase my employment opportunities; namely, to get more people to read this blog.

But we all know the truth.

It always seemed absurd that while living in —the upper left ventricle of the Mormon Heartland—I would ever have to look online for dating opportunities. Six years ago I posted a temporary profile on ldssingles.com after a friend showed me all the cute girls on the site (he married one six months later). Three days later I stumbled onto my own profile and was so disgusted I never logged on again.

Most people cringe at the thought of telling friends and family that they met their spouse online. I was one of them, but nowadays I just don't care. Whether I meet my wife online, at church, or at WalMart, the net result is the same. Who am I to resist this high-tech, modern culture of ours? Why deliberately cut options? Why else would I still be accepting blind dates?

Six weeks into my fling, here's the initial report:

One reason I justified signing up was that I'm a better writer than a conversation-starter. I might make a better first impression with my wit than with my shaved head. But so far the online dating scene is about the same as the regular one. You interact with people you already know, you give more love (friend endorsements) than you get, and half the girls you try to contact pretend you don't exist.

You can try to e-mail people you at least have common friends with, but there’s really no way to navigate the site without feeling like a stalker. And how do I know I’m not trying to date roommates? Again?

To be fair, I've gotten my share of unsolicited invitations, too. Mostly via the QuickNote—a pre-written comment you can send without the undue stress of typing "hello". According to most profiles it’s the single most hated feature of the site. A few QuickNotes and some unseemly invitations have kept me honest in the “no one loves me” department.

My sister’s experience makes mine look tame. Within hours of signing up she almost pulled her profile after guys from overseas started sending her romantic overtures that may or may not have involved green cards and naturalization. I guess when you’re thousands of miles away, you can afford to take a few risks.

Still, joining Ldslinkup has been my best new source of humor since joining the XCel gym last February. Sometimes I'll surf along, marveling at the asinine things people post on their profiles. There’s more preening and posturing than on an episode of “Elimidate”. Many indicate they’re only on to “keep in touch”, but spend three paragraphs giving detailed descriptions of their future spouse. Some of these same profiles claim to already have a spouse. Others are so jammed with “lol’s” and “’s” they look like HTML code. And the photos must be seen to be believed.

Some of the profiles are obviously fake. For example, I am currently "friends" with a hot dog vendor in . Why he chose to add me to his friend list I will never know, but I was grateful for the laugh.

Ultimately, the site has been useful in reconnecting with friends I haven't seen in a while. "Staying in touch" seems to be the principle value of the site, as well as the most frequent justification for membership. But you can't tell me these people wouldn't jump at a chance to hook up with their true love.

May as well be honest about it.

Posted by The Professor at 9:03 AM