For someone who claims he wants to be a writer when he grows up (all April Fool's gags aside), I do a painfully small amount of reading.  However, I have managed to muscle through a few titles recently, and I thought I'd pass them along. 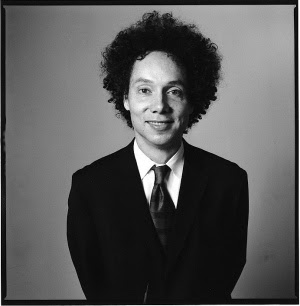 The most notable book I've read so far in 2010 is a book by Malcolm Gladwell called Outliers.  Outliers is Gladwell's attempt to redefine the way we understand success in modern times, or more specifically, the way we understand the genesis of success.  I'm usually not the kind of guy who reads "success" books, at least of the Tony Robbins or Og Mandino variety, but Gladwell illustrates his points by examining the lives of pop culture figures like Bill Gates and The Beatles, so it's easier for schlubs like me to pay attention.  Plus the author boasts a killer electric afro (Obligatory Hendrix Perm?), which means I will hang on his every word.

The result is very complex and well worth reading, but it basically boils down to the idea that there is no single source we can point to when answering why certain people succeed in life and others don't.  IQ, talent, and class advantages all factor in, but even when all those things are equal there are still other seemingly fate-determined elements that put one person in the right place at the right time (thus creating the group of titular Outliers), while leaving someone else in complete anonymity.  Bill Gates was an incredibly gifted child, but if he hadn't gained almost unheard access to a computer terminal when he was in his early teens (and been born at the precise time that would land him in that spot in the first place), he never would have become the man we read about. In that sense, the book might better be titled Timing.

This is all well and good, but what the book doesn't address is the assumption it makes about the definition of success itself.  What of the people who weren't born at the right time, or given the unique opportunities or blessed with the astounding talents of the Outliers?  Are we doomed to mediocrity and unfulfilled lives? Perhaps Gladwell felt it was a given that for the sake of his discussion, we would only be addressing those in our society who achieved greatness in terms of fame and fortune, but the idea I found surfacing most often throughout the read was that if worldly success was only partially dependent on factors we could control, we probably shouldn't use it as an absolute benchmark for our own personal happiness.

I'm guessing Gladwell would probably agree.
Posted by The Professor at 9:58 AM