Breaking Up is Hard to Do: An Open Letter to KODJ

Sometimes when an old relationship gets stagnant, you just have to cut the cord.  I had been waking up to your station for more than ten years, but as of last week, I can't take it any more.

It probably started when you began to phase the "oldies" out of your playlist and shift the format from 50's and 60's to 70's and 80's.  I love a lot of stuff from the 70's and 80's, but nowadays it feels like anything pre-Beatles has been rendered obsolete.

It got worse when your female co-host decided to spend generous portions of every morning broadcast talking about the latest happenings on "The Bachelor," "Dancing With the Stars," and "American Idol." I know a lot of people like reality TV, but I am definitely not one of them.  Especially when there is so much better television out there.

But the morning your host decided to have her personal psychic call in to the show to do a segment (without an ounce of self-awareness or irony, I might mention)...that's when I decided I couldn't take it anymore.

This morning I woke up to a new show on 103.5.  They used to be the Classic Rock foil to your Oldies, but now you guys pretty much play the same stuff.  There weren't any reality TV updates, though.  No psychics, either.  Just some awkward transitions between Billy Joel and Def Leppard songs, with a little banter in-between.  It's not what I would call a perfect new relationship, but for now it will do.  I have to wake up to something.

Just so you understand, I don't expect everyone to mirror my own taste.  I've known I've been in the minority around here ever since Z-93 sold its soul to Country back when I was in high school.  I just figure that if I'm going to leave, you might as well know why. 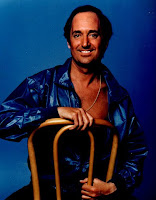 So long, KODJ.  We had some good times, we really did.  Breaking up really is hard to do.  Neil Sedaka wrote a song about that.  He's not on the radio anymore.