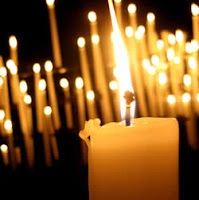 A few years ago I helped a girl move out of her apartment.  I figured that as a one-bedroom, it would be a quick job.  Many hours and many boxes later, it wasn't.  Aside from the numerous boxes of shoes--not shoe boxes, mind you; boxes full of shoes--the item that stood out in my mind was the 36 x 12 x 8 inch box exclusively devoted to smelly candles.  That morning I added another item to my dating "red flag" list.

Last week I helped my old home teaching companion move out of his central Bountiful rambler.  He's married with three kids, and a pretty down-to-earth guy.  Yet I was amazed to watch as his belongings were carted out into the front yard.  Here was a humble family, completely non-materialistic by modern Davis County standards, and yet the sheer volume of their belongings felt overwhelming.  I was reminded of how portable my life really is.

I've moved seven times since I finished grad school six years ago, and none of those moves needed a U-Haul.  Mostly that's because I hardly have any furniture (see: $500 bean bag), and partially because I still suffer from that special single person's disease that leads you to store a lot of stuff at your parents' house.

Maybe it's just my transient Mormon heritage, or it could be this romantic notion I have of living on the open road, but I kind of like the idea of being able to pick up and move with a minimum of effort.  Don't get me wrong; I have plenty of "stuff." I just don't like the idea of having to make multiple U-Haul trips to get it from place to place.

The ultimate manifestation of this lifestyle came in Chicago, when at any given time I had to be ready to move all my earthly belongings--including a rather awkward and cumbersome mountain bike--with a single Ford Escort Wagon.  But even that situation had loopholes.  If I really wanted to keep something that wasn't going to make it to my next area, I just shipped it home before transfers. 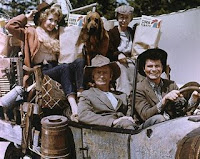 As I watched my old ward friend move last week, his belongings looked like the physical manifestation of the metaphorical anchor of his life.  He was rooted.  Domesticated.  I've always assumed that I've wanted those roots, but after years of pop-culture driven idealism when it comes to things like marriage and family, I think I'm becoming more aware of the magnitude of such commitments.  And yet while I'm wary of these roots, I think some of them may be taking hold without my knowing.

It's sobering, man...even I own a couple of those stinky candles.
Posted by The Professor at 8:22 AM