My evening among the sensitive bearded men... 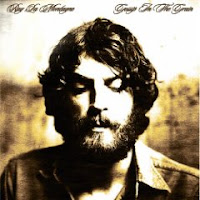 I expected a lot of things from the Ray LaMontagne concert Tuesday night, but I didn't expect to have high school flashbacks. I saw more flannel and plaid last Tuesday night than I've seen since Kurt Cobain was still alive. But instead of depressed crowd-surfing grunge freaks, the crowd at Saltair were super-mellow, at about a 2 to 1 bearded-to-non-bearded ratio (referring to the men, of course...the bearded female .003 to 1, and that gal might have just been a dude with unfortunately soft locks.) 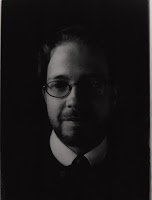 I myself have sported a smashing beard from time to time, as the accompanying photo will attest, but that doesn't really matter, because what gets me about Ray LaMontagne is his voice. From the moment he took the stage and started into "You Are The Best Thing", right through for an hour and a half until he finished his "Jolene" encore, he sounded as if he were right on the verge of losing his voice. He has this dark husky voice that sounds like a projected whisper, not as gravelly as Rod Stewart, but more mournful than Joe Cocker. It's just cool, and I wish I could sound like that.

The concert was originally scheduled for the Murray Theater, but was shifted out to Saltair when it became clear that the consumer demand was outweighing the Murray supply. Apparently there are a lot of sensitive bearded men in the greater Salt Lake area. I hadn't been to Saltair since I scored fifty bucks as a young adult dance bouncer about eight years ago, so it was cool to take in the new venue. The sound system was great, the atmosphere was great, and it was super cool to be out on the edge of the Great Salt Lake. Driving out on I-80 as the sun set, I felt like I was heading for something special, and the concert more than delivered. I even liked the opening act. 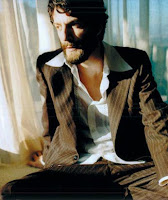 I only knew a handful of Ray's songs going in, but that wasn't a problem. His style is usually enough to make most any song enjoyable (which is good, because he only played about two of the songs I knew). Outside of his acoustic rhythm guitar, Ray's band was made up of a drummer, a bass player, a keyboardist, and a guy who switched back and forth between lead guitar and pedal steel.

The pedal steel was one of the highlights for me. Anyone who knows me well knows I despise the abomination that is contemporary country music, and Ray's pedal steel guy reminded me of how good country can be when it's done right.

But the most special moment of the concert for me was when Ray started into his second song, "Hold You in My Arms", which I used in my sister's wedding video two months ago. The song has come to embody that whole experience for me, and appropriately, Katie and John were sitting next to me there in the Saltair while Ray played it.

I'm sure all the bearded guys appreciated it, too.
Posted by The Professor at 10:12 AM