The End of Evolution 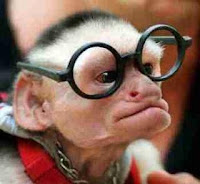 The world markets are failing, the country is buried in partisan hatred, and if that wasn't bad enough...a scientist in England says human evolution has ceased.

But that might just be a mutation of common sense.

Professor Steven Jones* is an geneticist with University College London, and in a lecture earlier this week, he** claimed that we are at the tail end of the evolutionary donkey. He says that evolutionary forces like natural selection and genetic mutation are no longer operating in our modern society.

"If you are worried about what Utopia is going to be like," he says, "don't. At least in the developed world, and at least for the time being, you are living in it now."

So drink it in ladies, you're looking at the zenith of human progress.

In memoriam, I've listed the five mutant-powers I will never have: 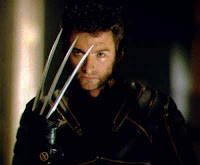 I don't mean to come across as someone who rejects science because I hold a religious belief. I have a deep respect and appreciation for science, though the theory of evolution does have a strange way of debasing and exalting the human race at the same time. On the one hand, hard-core evolutionists believe we evolved from apes, and reject a divine hand. Yet according to these same people, any theory or belief that can't be explained or comprehended by the empirical study of these advanced simians is automatically rejected, even though that study and evidence evolves on a daily basis. Thus man becomes God...and a fluke at the same time.

I think it's sad that when it comes to science and religion, people feel like they have to make a choice between the two. They forsake deeply held religious belief because it doesn’t line up with the latest study. Or they toss aside scientific learning to feel loyal to their religion. From what I understand, even Darwin didn't feel that was necessary.

Either way, it's pretty arrogant to assume that anything which falls outside our own personal realm of understanding is untrue. As Hamlet told his friend Horatio,

"There are more things in heaven and earth, ...than are dreamt of in your philosophy" (Hamlet Act 1, Scene 5).

We still have a lot to learn about science and about religion. It is extremely shortsighted to think you have to cast off one in order to retain the other. Neither side is really asking us to. When we get to the bottom of it, we might find the two sides are a lot more in harmony than we supposed.

But in the meantime, I'm still hoping for those Kung-Fu forearms...

**Also not the Professor Jones who used to teach at BYU and thinks 9/11 was a conspiracy. Totally different guy. British guy, in fact.
Posted by The Professor at 10:10 PM