One of the funny things about being a writer (even an unemployed one) is how little control you have over the creative process. For example, I am writing this at 1:21AM, when I should be dreaming about Kung Fu and flying mini-vans.

But enough about me. A week into the latest Andrei Kirilenko drama, it seems our native Russian still remains bent on taking his heroin-chic Ivan Drago act out of state. Maybe he just hasn’t had a chance to read my letter yet. Of course, I doubt that would do much to undo anything Deron Williams has already said on the matter.

Anyway, as the first day of training camp approaches, I have compiled a helpful list of options for Jazz owner Larry Miller to consider. 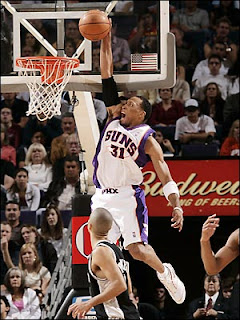 1. Shawn Marion, Phoenix Suns. Yesterday Marion officially made his own trade request public, and though he has indicated a desire to play for the Lakers (now there’s an original idea), the Jazz actually seem like a possible destination. Even the Sports Guy thinks so. The money lines up (kind of), the positions match (kind of), and not only is Marion a pretty serious player (he’s in that hip Nike commercial with all the guys walking in slow motion in white warm-up suits), but he’s a solid defender. Plus he's got a sweet nickname--The Matrix.
Odds: 10 to 1 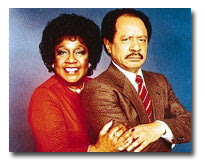 Not because Jefferson is a 2-3 and would address our still-gaping hole at the shooting guard position, rather because acquiring Jefferson would finally give us the proper justification for playing “Movin’ On Up” during player introductions. And that would give this season ticket holder a big vote of confidence.
Odds: 25 to 1

3. Gordan Giricek, Utah Jazz. Perhaps the best move for Jazz brass is to look no farther than their own backyard. 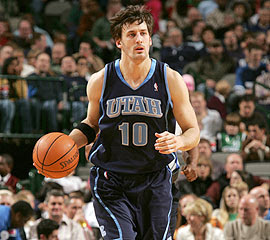 Giricek has an expiring contract, which will clear cap space for Deron Williams when the time comes for his max deal in a couple of years. Plus Giricek has also been unhappy with the logjam at his position and would likely enjoy a change of scenery. If we tell Kirilenko he’s going to a championship caliber team that desperately needs a defensive leader, in a city that loves white foreigners, he should perk up immediately and cure any locker room cancer threat. Both sides win.
Odds: 42 to 1 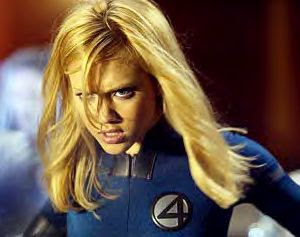 4. Jessica Alba, Fantastic Four. This trade makes sense for a number of reasons. For one, our current roster is not very good-looking. Alba adds clear roster depth here. Plus, adding a Hollywood celebrity to our lineup increases the chances of signing big name free agents in the next offseason. Scouting reports indicate that Alba’s wingspan is not quite up to par with comparable players at her position, but the benefit of carrying an “intangibles” player may overcome perceived disadvantages on paper.
Odds: 50 to 1 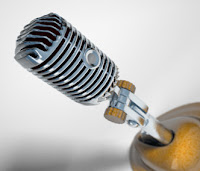 5. A microphone. (Insert your own joke about trading for an inanimate object here). By picking up a microphone, Larry can demonstrate shrewd business sense by ridding the team of a costly distraction, preserving roster chemistry, and adding an asset with cross-functional value, whether used by Jazz PA announcers or local country music performers.
Odds: 100 to 1

Or the Jazz could do nothing at all and hope that Andrei snaps out of his LSD-induced Karl Malone haze.

Posted by The Professor at 1:47 AM