Quantifying the Unquantifiable, or "Why I Still Hate Country Music"

The other night I was hanging out with my friend Travis discussing the Great Mysteries of Life.  We talked dating, sports, and debated the merits of The Blue Iguana vs. The Red Iguana. 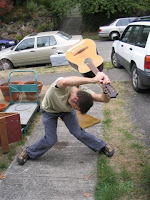 Then the topic shifted to Country Music.  I don't know how it came up.  It might have been one of my periodic tourettes-like interjections, like, "Yeah, so one time I was at the Jazz game with this girl and--KENNY CHESNEY SUCKS!--eventually she stopped returning my phone calls."

At any rate, I quickly gathered that we were on opposite sides of the fence when it comes to modern Country.  We may both appreciate the sublime performance of BMW automobiles, but when it comes to the car stereo, Brad Paisley is about as welcome in my ears as a rhinestone-covered boot kick to the jimmy.  This may partially explain why Travis has more success with the ladies, though I had always hoped it was his keen fashion sense and laid-back demeanor that was doing the trick.  Because if I'm going to have to embrace country in order to find the woman of my dreams, I'm in for a long nightmare before the dawn.

I tried to explain my reasoning.  I cited a number of the ideas I wrote about some time ago, about false Americana and presumptive purity, the glorification of yokelism and all that.  I told him about how I love old-fashioned country from guys like Johnny Cash and Willie Nelson, and feel like the whole thing went in the can somewhere in the mid-80's, leaving us a rotten watered-down brand of classic rock sung with a twang. 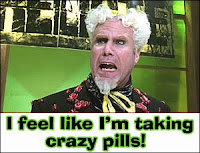 But in spite of all my reasoning, I still couldn't come to a conclusive rationale, and I'm not sure there is one.  As a composition instructor my instincts tell me I have to justify my assertions with reasoned logic, but I wonder if there are certain things that just have to be chalked up under "taste aversions."  There are some things I like (hard shell tacos), and certain things I don't like (reality television), and that's that.  Country sucks.  It just sucks.

The closest thing I can come up with to a definitive reason for hating modern country music is the infamous "Twang," but beyond that, I can't quantify it.  What is the Twang?  I don't really know.  I can't explain it, but I sure know it when I hear it.  I can tell you this: if you took the twang out of the songs I hate, I would probably like them, and if you put it in the songs I love, I would probably hate them.  I think a lot of people are offended by my country-hate because they think I'm rejecting the sincerity or patriotism of the lyrics.  But I don't despise modern country for its lyrics, any more than I hate Mormon Pop for its lyrics.  I hate them both for their execution.

My aversion to country is similar to Jerry Seinfeld's aversion to the girl who ate her peas one at a time.  Jerry didn't really care that the girl ate her peas in a peculiar way, he just wasn't into her, and he used the rationale to justify an intangible instinct.  I can come up with all the evidence I want to justify my hatred of country music (and I do mean hatred), but the root truth is I'm just not into it.

Now, does this mean that I'll never go country dancing or show my face at a Rascal Flatts concert?  Not necessarily.  I'm not dumb enough to allow my pop culture convictions to get in the way of my eternal pursuits.  The Code is The Code.  If for some reason I'm destined to ride off into the sunset with a lasso-totin' rodeo mama from Malad, then I'll do what I have to do to keep the peace.  But there's a big difference between tolerance and assimilation.  If that turns out to be the case, I'll be like Tim Robbins in "Shawshank Redemption," confined by physical walls of oppression and persecution while the hope of the human spirit flies free on the inside. 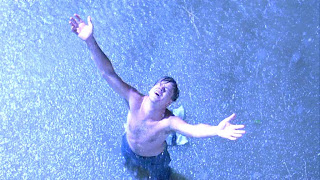 Maybe Garth Brooks could write a song about that.
Posted by The Professor at 12:04 PM