Last weekend The Josh's* were able to take a swing south to check out the Eric Clapton-Steve Winwood concert at the MGM Grand in Vegas. It was special because I had seen Clapton and Winwood in concert separately, but never together. It was also special because the concert was held in the MGM Grand's Garden Arena, which is the same place that Mike Tyson used to beat the crap out of people in 90-second increments.

Before attending said concert, we walked (literally) out to the local Hard Rock Cafe to grab a bite to eat, since we can't do so in Salt Lake anymore. There I enjoyed my long-missed chicken fingers and Hickory BBQ Sauce while taking in a few relics from rock history as I drifted into a smooth level of meditation in preparation for my blues guitar salvation.

The concert itself was excellent, blending a number of individual hits with the handful of songs-most notably "Presence of the Lord" and "Can't Find My Way Home"-Clapton and Winwood played together when they were in Blind Faith. "Presence of the Lord" was especially nice, a longtime favorite that I listened to for the first time the weekend before I entered the MTC back in the Stone Ages. (Also the same night of Randall Edwards' immortal Elvis impersonation in the Dick's Market parking lot.)

The longest-and most impressive-jams were reserved for epics like "Voodoo Chile Blues" and "Dear Mr. Fantasy," with a lot of obligatory blues numbers from Clapton in-between. Winwood stayed away from the solo work he showcased at The Depot two years back, and drew most of his numbers from his Traffic catalog.

I didn't take my camera into the Arena-which was probably a good thing, given the constant rotation of alcohol, marijuana and BO odors that would have undoubtedly vaporized my SLR-but I did pull out my trusty 40D afterward on a modest tour of The Strip after the show. Here are a few highlights: 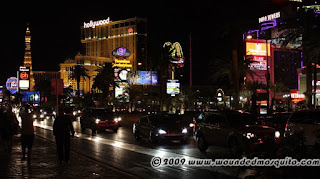 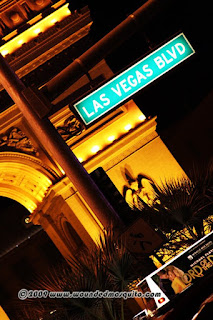 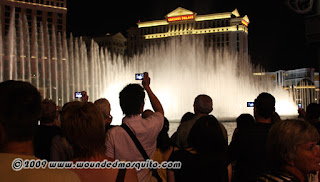 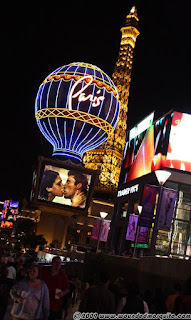 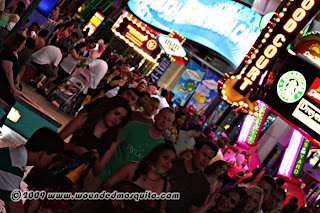 *I attended the concert with my other friend Josh, who we agreed was an old friend from college.
Posted by The Professor at 10:30 AM