I'm not a distance runner. Probably* never will be. The last time I ran more than two miles in one stint was during Sophomore Football Conditioning during the summer of 1991 at Viewmont High School. The only time my distance running gained any notoriety was during the first week of the 9th Grade, when my 5:57 mile time made Coach Pierce's top 10 boy's ranking at Centerville Jr. High.

But in the time since, I've come to suspect the accuracy of the CJH course, and in my advanced age, even my usually notable sprinting skills have become suspect.

So when my buddy Jon called last Friday and asked if I'd be interested in joining him and some friends for an early Saturday morning run through downtown Salt Lake City, my response was "thanks, but no thanks."

However, when Jon told me that the race required the wearing of business attire, the event proved too promising to pass up...as a photo subject. So early last Saturday morning I found myself on Capitol Hill while two-dozen of Salt Lake City's future business leaders--dressed in an assortment of suits, ties, skirts, and sensible shoes--prepared to run in the first annual SLC 4.01K.

The race was designed to come down Capitol Hill along State Street, veer West at Broadway, and finish on a straight shot up through the heart of The Gateway to a triumphant finish at the Olympic Fountain. So I hopped in my car, zipped out ahead of the runners, and captured the passion along the way... 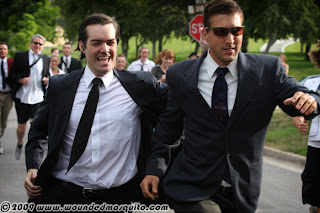 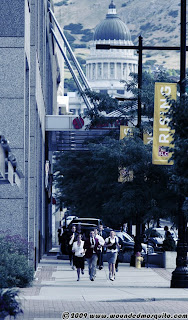 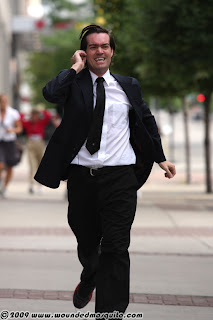 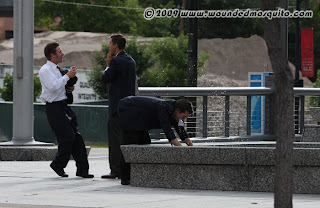 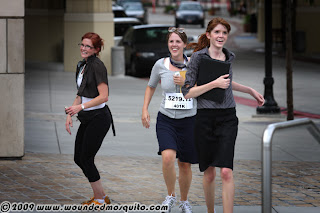 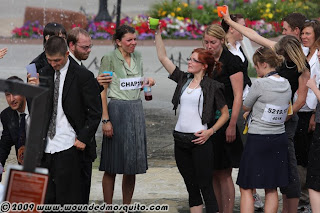 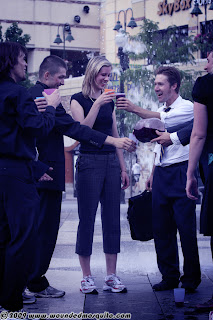 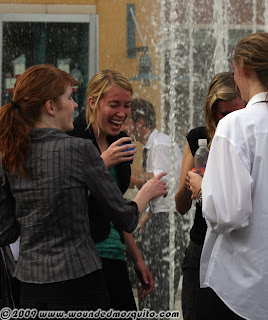 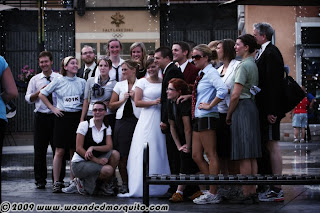 *Have to use the qualifier...one never knows when a girl, a heart attack, or a sign from God will change my mind.
Posted by The Professor at 1:06 PM