I've been a tad delinquent in my posting lately, though it isn't because I haven't been writing. In fact, I've been doing a lot of writing on a memoir/manifesto project that I hope will soon bring me fame, fortune and the respect I have so rightly deserved for many years now. But I can't really post that stuff, because it would spoil the surprise... 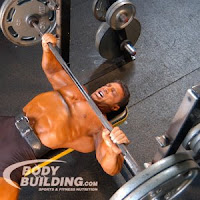 I can, however, write a bit on a subject that came up while working on the memoir/manifesto: Chick Flicks. It continually bothers me that so many people continue to use the term to cover a broad selection of modern films, especially since a few of these films are in my personal library. As anyone who reads this blog regularly knows, I resent any threat to my hard-earned machismo, and so I must address this topic in a public forum. Once and for all, this debate must be settled.

Many people use the term "Chick Flick" to describe any movie that includes a romantic subplot beyond anything more than providing a hot love interest for the hero while he blows up bad guys (see any film starring The Rock). But this characterization is far too broad. Upon further review, I have decided that what the uneducated Philistines of our population deem Chick Flicks are really two separate categories: true Chick Flicks...and Romantic Comedies.

Some people may say that I'm just arguing semantics here. These people are idiots. Simply put, there is a big difference between "Sleepless in Seattle" and the six-hour PBS version of Jane Austin's "Pride and Prejudice". That difference is this: a girl won't have too much trouble getting a guy to watch "Sleepless in Seattle" with her, but there is no way on God's green earth that a man will ever watch "Pride and Prejudice", no matter how lonely, pathetic or sexually-deprived he is. Even Collin Firth's dad wouldn't do it.

Don't misunderstand me; Romantic Comedies, other than being funny (most of the time, anyway), are indeed designed for a primarily female audience. But they are also designed to accommodate a male audience, because those males are usually the ones paying for the date. They use humor (John Cusack) and eye candy (Kate Beckinsale) to change an obligatory experience into potentially enjoyable one. They have side characters and subplots that are genuinely well-written and insightful. I'm sure that Chick Flicks have these, too, but these additional items are not there for the sake of the male audience. They are there to enhance the experience of the women who have gathered for Girls' Nights Out as they sit together in a common living room wearing pajamas, painting each other's nails, burning pictures of ex-boyfriends, discussing the economic condition of Kenya, or doing whatever it is that girls do when they hang out together. (I think a lot of them play Bunko).

There is a dangerous middle ground, however, where what one thinks is an innocent Romantic Comedy is actually designed to promote discussion and soul-searching between a man and a woman who are in a more advanced stage of their relationship. I like to call this the "When Harry Met Sally" zone.

But if we label all of these movies Chick Flicks, then I am denied the enjoyment of some of my all-time favorite movies, such as "Moonstruck" and "Tootsie", which happens to be a wonderful movie where Dustin Hoffman dresses like a horribly unattractive woman in order to pay his rent and score Jessica Lange. It also features Bill Murray in one of his finest supporting roles. These films are absolutely about romance and love and the male-female dynamic...but they are not Chick Flicks. 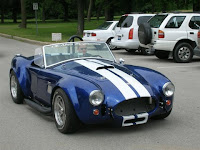 Chick Flicks: Pretty much anything based on a Jane Austen novel, with the noted exception of the locally-made film "Pride and Prejudice", which features the Darcy character driving a 1967 AC Cobra 427.

Romantic Comedies: Pretty much anything with Meg Ryan, including "Top Gun".

Thank you for your time. Now if you'll excuse me, I have to go back to my manifesto.
Posted by The Professor at 10:18 AM