One of the most frightening moments of my mission was having to get up in front of the Naperville First Ward Relief Society and tell them my companion and I wouldn’t be accepting dinner appointments unless they started inviting their non-member friends over. But as hairy as it was to deny the culinary generosity of a roomful of middle-aged women, it can’t have compared to what Bishop Pepper Murray had to do to the University 32nd Ward last October.

On orders from a higher authority, Bishop Murray got up at the end of a fast and testimony meeting two months ago and announced that effective January 1st, all membership records for members aged 31 and above would be shipped out. Years of lax rule enforcement were about to come to an end, and thus began the Great Geriatric Cleansing of 2008. 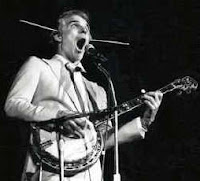 The initial reaction was pretty predictable. Of the 64 members of the ward who were about to get laid off (Bishop Murray wasn’t crazy about the expression “kicked out”), a few bailed immediately, a few circled the wagons and began lobbying for realigned age restrictions and special FHE groups for exiled members, and a few like me just sat back and figured they’d use the two month window to weigh their options.

I didn’t have any interest in joining the lobbyists any more than I wanted to go to those special parties people throw on Valentine's Day when they aren't dating anyone. If God wanted me out, then I didn’t want to stick around. And just because I was getting the boot because of some arbitrary age requirement didn’t mean I had to abandon my friends and start hanging out exclusively with people “like me”. Besides, as I’ve looked back at every season of change I’ve gone through, they’ve always come out fine.

Of course, my options didn’t look very promising. The way I see it, come January 1st, I’ve got four doors to choose from:

Door #1: Go to the traditional family ward at the end of my street. 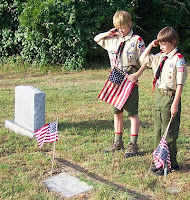 Pro’s: 9am Start Time, convenient 30-second commute, and a few old friends from the U32 who’ve already defected.

Odds: Two to One

Door #2: Go to the Monument Park Ward, currently handling the bulk of the 30-45 crowd along the Wasatch Front

Pro’s: Continued membership in the Church of Jesus Christ of Latter-day Saints, slight possibility that Kate from "Lost" will dump the Hobbit, join the church, and attend same ward.

Odds: Ten to One

Con’s: My current lease runs through the end of February, current mutual fund values severely depressed thanks to geniuses behind our current economy

Odds: Eleven to One

Odds: I don’t even want to say

No matter which door I choose in two weeks, it’s clear that a decade of time in the world of singles wards is about to come to an end, and I’m going to walk away as single as I was the day I walked first walked into a U32 Sacrament Meeting back in the fall of 1998.

When you look at it that way, it’s easy to assume that I might look back on those years with a lot of regret, and feel like a failure because I didn’t “Graduate With Honors” (one of the most shortsighted expressions ever coined by Church Culture) from the student ward scene. But even though I can think of plenty of times I wish I had been a little braver and talked to some girl in Sunday School, or been a little more direct with dating instead of playing the old LDS Signal Dance, I can’t honestly say that I have any real regrets. Obviously the value of the friendships I’ve made and the experiences I’ve had will outweigh the unrequited dating efforts, but even when it comes to matters of love and marriage, I can sincerely say that I have paid my dues. I may have broken a few hearts, and I know mine has been broken plenty of times too, but I have nothing to apologize for.

In the time since the big announcement, when people aren’t asking me what I’m going to do, they’re usually telling me they hope to still see me around. But while I appreciate their friendship, and imagine I will pop up at an activity from time to time, I kind of think that you rarely do yourself any good by revisiting old relationships. If it’s truly time to move on, then it’s time to move on.

It seems the Lord’s pretty intent on clearing my slate right now. It’s probably for my better, but even though it feels like a steel-toed kick in the junk, I’m guessing I should stay out of His way and let Him do His thing. After all, this whole gig has always been about His timing, and it always will be.
Posted by The Professor at 2:26 AM