Over the last two weeks, in between ten-hour shifts at the studio and three-hour patches of sleep, I’ve been watching the late 1990’s 12-part mini-series “From the Earth to the Moon”. I’ve developed the habit in recent years of having to watch something on TV whenever I eat, so it’s nice to have something on DVD to watch in 23 or 44 minute blocks instead of wasting an hour and a half for a full movie. 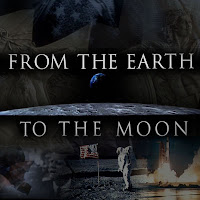 The series was put together by Ron Howard, who also did “Apollo 13” a few years earlier, but this series reminds me more of “The Right Stuff”, the 1983 film that told the story of the original Mercury astronauts. The Mercury astronauts were given the task of just getting us into space, and focused on the stories of Alan Shepherd’s first American space flight, John Glenn’s first orbit, and a celebratory banquet hosted by Lyndon Johnson that featured a fan dancer at the end. Howard’s series touches on their stories, but puts the emphasis on the voyage to the moon.

There’s not much point in writing a review (even a retro review) of a mini-series that is ten years old, but the experience has jogged a lot of random thoughts and memories. Here are a few of them:

On a similar note, “From the Earth to the Moon” seems to be a prime entry for the “Random Recognizable White Supporting Actor Dude” Hall of Fame. (Bill Simmons of ESPN calls these people “That Guys”, but in this case I don’t think that suitably describes the category.) There were more RRWSAD’s in this movie than in “Ghandi”. For example: Dad in “Malcolm in the Middle” dude, Bad Guy in “Ghost” dude, Goodwin the “Other” from “Lost” dude, Kevin Pollack dude, Ron Howard’s Little Brother dude, The Teacher from “Summer School” dude…and the list goes on.

One of the biggest challenges in watching the mini-series was keeping track of the cast changes from “The Right Stuff”. I’m used to Scott Glenn being Alan Shepherd and Ed Harris being John Glenn (which was confusing enough the first time), but now everyone is different. I know that Gordo Cooper looks familiar, but he’s not Dennis Quaid anymore. And Chuck Yeager isn’t in the new mini-series, so he can still be Sam Shepherd. 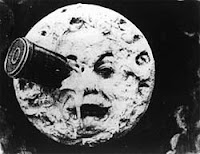 During my second year at USU one of my roommates showed me this one-hour special on how they “faked” the moon landing. He wasn’t a conspiracy theorist—though he was Canadian—but it was an interesting little piece of X-Files-esque work that basically said that the moon landing was fake because if you look at the footage the US flag is waving in the wind, and there isn’t any atmosphere on the moon, so there couldn’t be any wind blowing it, therefore the whole thing is a fraud and over ten years NASA spent 50 trillion dollars and man hours ordering pizza and shooting off rockets into Outer Mongolia before hustling Neil Armstrong onto a sound stage in 1969. 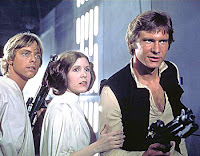 Even though my current career path has taken me down a more media-humanities-based road, watching “From the Earth to the Moon” reminded me of how cool the whole space exploration thing is, and how much I loved it as a kid. I’m sure a lot of it had to do with “Star Wars”, but that interest and awe was fostered by childhood trips to the Hansen Planetarium, where I would stare at posters of Jupiter and all of its moons and come to the conclusion that I would inevitably wind up a starship captain when I grew up. 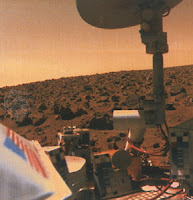 The most powerful of these images was a shot I came across in one of my science books of a simple red rock landscape that looked like it could have been taken down in southern Utah (and probably was, by a crew of pizza-eating white dudes in ties, right?). There was nothing extraordinary about the image itself—it was hardly an Ansel Adams—other than the fact that it was taken on the surface of Mars.

Let me repeat for emphasis: the photo was taken on THE SURFACE OF FRIGGIN' MARS.

This isn’t an image taken from a huge telescope that lets you peek at the Red Spot of Jupiter, which is a huge storm system so many times larger than the Earth. It isn’t even the surface of the moon. This is Ray Bradbury’s dream. This is what you would see if you actually LANDED on Mars, opened the door, and stepped outside for a stretch. I don’t know if I’m making myself totally clear, but that just amazes me. When I saw the photos from the Viking lander, I just thought they were the coolest thing ever. 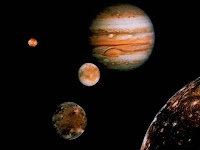 Over time my visits to the Planetarium were less nerd-based and more “hey, I need to do something on a date Friday”-based, and eventually they closed the Hansen Planetarium and opened up the elaborate-but-lacking-in-historic-personality Clark Planetarium over at the Gateway. So I still have a place to go on dates, and I can still satisfy the inner geek, so I’ve got that going for me. I am a little disappointed that our 21st century reality hasn’t quite measured up to the splendor of the space-traveling flying car future of my youth, but our society has advanced in other important ways. You know, like being able to take little pictures with my cell phone and iPods and microwave pizza and stuff.

Maybe NASA can figure out how to make Bob Kellersburger’s Beef Jerky…
Posted by The Professor at 5:45 PM