Dear friends, relatives, mortal enemies, and random net surfers who landed on this blog in between a Ricky Martin fan page and a site dedicated to mid-eighteenth century Chinese poetry—

As you can see quite clearly from the title, this is the third of the official post-Christmas letters, so named because I long ago gave up the idea of getting Christmas cards out on time. This time around, due partially to a crazy work schedule, partially to laziness, and mostly due to the fact that it’s been so hard to come up with legit blog ideas lately, I have opted to publish this year’s letter online rather than spend a lot of time with Adobe inDesign assembling a pretty .pdf to send around.

I also apologize for the fact that 2007 in the life of Josh was a complete embodiment of that annoying cliché that “things are always darkest before the light shines through”. Or maybe it was, “the night is always darkest before the dawn.” Or, “daylight come and me wan’ go home”. I don’t know. At the end of last January my roommates and I were given two weeks to sign a second 12-month lease at our townhouse or get lost, even though we’d already been promised a month-to-month contract once the initial lease was complete. 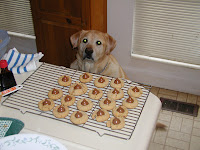 In April my promotion to full-time English instructor at the Utah State University Salt Lake Center was approved, then redacted, in spite of the best efforts of the local administration. In the same fell swoop, the University also cancelled the firefighter program I had been teaching in for the past two years, so there really wasn’t any reason to stick around---other than health benefits, of course. A few weeks after leaving USU I dislocated and lacerated my right index finger playing church volleyball. Plus I got jacked on my taxes, my grandpa got diagnosed with dementia, and in February we had to put my dog Otto to sleep. I was not a fan of 2007. 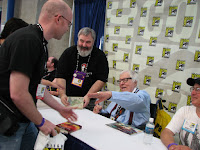 Fortunately my roommate John and I managed to land in a great house in Bountiful in March, along with my old friend and editor Mark from my Statesman days in Logan. The house has since been the site of a Toga Party, a Lounge Party, a Bad T-shirt Party, a Bad Sweater Party, and one courtesy visit from the Bountiful Police Department. My decision to walk away from Utah State ultimately became a risk that paid off handsomely. A timely conversation with my old Viewmont High drama teacher Steve Anderson landed me a pro-bono gig as a sketch producer for a KJZZ variety show called “B All Over” over the summer, which in turn became a full-time paid gig as a producer for the station’s upcoming morning news program, “KJZZ Café”. I wound up spending every Monday for about five months hanging out with my grandpa, an opportunity I might not have had were it not for his condition. And in the midst of all that I managed to drive down to San Diego and meet Ray Bradbury.

Oh, yes…it also turns out the church has fantastic insurance policies for their sponsored activities.

As 2007 drew to a close last month, I was most startled to see how similar the year had been to the circumstances of 2002, when I went from full-time cartographic aid at the Natural Resources Conservation Service in downtown Salt Lake to graduate English instructor up in Logan by the end of the year. I started both years treading water in functional jobs that I knew I wasn’t meant to stay at, and by year’s end managed to change addresses, wards, occupations, and careers. Sometimes history repeats itself in totally different ways.

Some other historic notes for 2007? Read my first Harry Potter book. Watched all six seasons of “The Wonder Years”. Debuted a short film at the Epic Summer Film Festival. Got to see Steve Winwood, Eric Clapton, Billy Joel, and the B-52’s in concert (though not all together—what a strange Lollapalooza that would be). I even got to play in a band myself (“The Last Starfighters”) at a ward talent show. A good friend landed me a guest photographer spot at a Jazz game, too.

Even the simple stuff was good. Maddox hamburgers. Fresh salsa in late summer. iTunes. Even having a drive-in movie theater to drop by every once in a while means something to a retro stud like myself.

Most of all I’m happy to say that my family has managed to stick through a year that has seen more than it’s share of speed bumps. The Lord has looked over us in adversity just as much as He’s blessed us with moments of prosperity, and in the end the former will probably be the more valuable of the two. I hope He’s done the same for you.

See you all again in twelve (or hopefully sooner)—

PS: If any of you owe me money, I have not forgotten.
Posted by The Professor at 10:32 PM