There are two kinds of bad songs. The first kind are the bad songs you hate, songs that make you instinctively reach for the dial or hit “skip” whenever their first horrible pangs brush your eardrums. Coming off the Christmas season, the first of these songs that springs to mind is Paul McCartney’s “Simply Having A Wonderful Christmas Time”, though you could also include pretty much any country song that’s come out since 1980 as well. Very simply, these are bad songs you don’t enjoy listening to.

The second category is reserved for bad songs you do like to listen to, even if it’s only in a sick, “you’ve gotta hear this” kind of way. These are songs that were originally meant to be taken seriously, until their meanings dawn on you and you just can’t listen to them with a straight face anymore. The songs might be catchy, but the lyrics are just too darn stupid to ignore. But you’ve got to love them anyway.

Here are the best of the second category:

Point Guard: Neil Diamond, “I Am I Said”

I credit Dave Barry for bringing this one to light. There’s really no other musician that inspires the same degree of dual love and disdain as Mr. Diamond. His style is his style, and you either love it for what it is or you despise it for the exact same reason. As for me and my house, I love it. 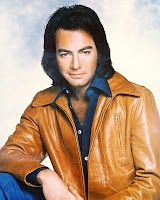 Neil’s style gives many of his hits a singular quirkiness, but for me “I Am, I Said” gets the crown for this list. It’s another one of those inspiring “me against the world” type of ballads, with a sweeping chorus and building crescendos. But…there’s that one lyric in the middle of it all that’s so hard to get past…

I am, I said…to no one there,
But no one heard at all,
Not even the chair.

Huh? The chair? What exactly was the chair supposed to hear? And how do you know it didn’t hear you—has it responded differently when it has heard your anguished midnight cries in the past? Does it wiggle around on a short leg? Does it just sit there? Is this some kind of bizarre reference to the tree falling in the woods concept? Really, Neil, love the song…but what the?

Listen to an oldies station for about a half hour and you’re bound to hear this one. It’s another catchy tune, done with typical overly dramatic bravado by Mr. Puckett (see also “Lady Willpower” and “Woman, Woman”). But only “Young Girl” has that special kind of quality, the one that makes you pause and think, “wait a minute, is he talking about underage girls?”

With all the charms of a woman,
You’ve kept the secret of your youth,
You led me to believe you’re old enough,
To give me love,
And now it hurts to know the truth…

Somehow the Police managed to get away with this idea in “Don’t Stand So Close to Me”. I don’t know how Gary Puckett did.


Small Forward: The Beatles, “Why Don’t We Do It in the Road”

Alright, most of these songs make the list because they craved legitimacy. Obviously this one didn’t. I place it here for a different reason: this song was the “I’m Keith Hernandez” moment for the Beatles. They’d been world famous for a good five years, most everything they’d touched was turning to gold, and they were just about to release a double-album of half-finished songs that would still go on to be a critically-renowned masterpiece decades later. So why not tack on a song so totally explicitly ridiculous that it flies in the face of any poor loser who has ever dreamed of putting his heartfelt poetry to wax? 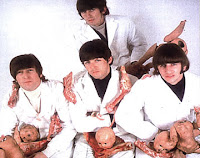 The first time I heard this I was sitting in my aunt and uncle’s backyard in Logan, sitting on a lawn chair with a tape of the White Album in my Walkman. My mom’s Beatle collection wrapped up around Revolver, but my aunt and uncle were able to help me continue my fifth-grade infatuation with all things Fab Four. After a dozen or so memorable tracks like “Back in the USSR”, “While My Guitar Gently Weeps” and the seminal “Happiness is a Warm Gun”, I hear a slow tap on the drums, then Paul McCartney wailing…

Why don’t we do it in the road?

He just kept singing that same line, over and over. He even threw in a falsetto for fun. The only other line in the song?

No one will be watching us...

We sure won’t, Paul…but we’ll be listening to it. Thanks a bunch.


Power Forward: Stephen Stills, “Love the One You’re With”

The Beatles’ song was bad because it was so over-the-top obvious it actually became a kind of satirical statement. The Stephen Stills song is bad because you get the feeling he’s trying to get away with something. Fresh out of the height of the hippie Free Love thing, before everyone figured out what STD’s were, Stills stepped aside from his Crosby, Stills and Nash work to do a solo album, which featured a catchy tune that seemed to embody the feeling of brotherhood and community one should have towards his fellow man…and woman.

Strangely, fidelity didn’t seem to be one of those hippie virtues…

And there’s a rose in a fisted glove,
And the eagle flies with the dove,
And if you can’t be with the one you love,
Love the one you’re with...

If you listen to enough 60’s songs, every once in a while you come across a song about other songs, or other artists. “Oldies but Goodies” is one, Arthur Conley’s “Sweet Soul Music” is another. It’s a kind of weird idea if you think about it…kind of like if Picasso just patched together a painting with chunks from some of his other favorite artists. Shouldn’t Picasso just do his own thing?

Well, The Righteous Brothers had their own thing, and it was a really good thing. Then one day someone got the idea of doing a tribute song to all of those dead rock stars that seemed to keep dropping like flies. Hey, that’s kind of a sweet idea, right?

It might have been, if it weren’t for the chorus…

If you believe in forever,
Then life is just a one-night stand…
If there’s a Rock and Roll Heaven,
Well you know they have a Hell of a band...

That lyric, my friends, is the pivot around which all bad lyrics must feed. It is the Shaquille O’Neal of bad lyrics. Wow.

Originally I was going to stick Def Leppard’s “Pour Some Sugar On Me” here, partially because of the bad lyric, and partially because I wanted to have at least one song in here that didn’t come out in the 60’s or 70’s. Then I remembered a fascinating experience I had at the Delta Center a few years ago (when it was still called The Delta Center), and I realized that pretty much any 80’s butt rock lyric could qualify for the list, so anything by Def Leppard, Poison, Ratt, Warrant or Whitesnake should be considered positions 7-12 (plus two more on the injured list and half a dozen for the developmental league) on the bench. There, now I feel a lot better about that.

Now for the story: back in October of 2001, I found myself celebrating my 25th birthday by watching Joe Cocker and The Guess Who playing back-to-back sets at the Delta Center. My date for the evening was a young woman named Mandy, who I learned later that night had been engaged to my friend Jeremy up until 48 hours earlier. But that’s another story.

As you might recall (it tends to pop up in the news now and then), about a month earlier, several commercial airliners had been hijacked and flown into a variety of symbolic targets in a massive terrorist attack against our fair nation. The ensuing wave of patriotism was very high, and still had several weeks to go before disintegrating back into the partisan catfighting that was the status quo.

Into this hotbed of country love come The Guess Who and their heralded epic, “American Woman”, truly one of the giants of the Classic Rock genre. The Guess Who, some might remember, were Canadian, and “American Woman” is kind of a protest song about Vietnam. Kind of. Well, you tell me…

Granted, I totally dig the song. It’s got a killer riff and everything. I usually just think of the “American Woman” as metaphoric for bad people in general as opposed to one country or one gender. (My buddy Seth’s dad played a version of the song called “Viewmont Woman” during an early 1970’s high school Battle of the Bands). Still, I found it odd that in the midst of such heartfelt nationalism, about 10,000 adoring fans—mostly American, and many women—danced and sang along with the Guess Who with such uninhibited passion. Or maybe I shouldn’t have been surprised.

Alcohol can be a powerful influence, I guess…

Posted by The Professor at 3:18 AM