Wounded Mosquito Jazz Update #1: On the quest for an unbeaten season... 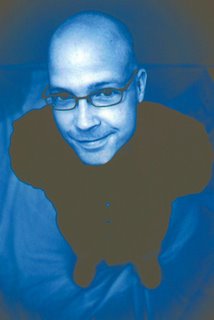 Well, we're three games into the regular season, and the Jazz are on pace to finish with a solid 82-0 record and at least a second seed in the playoffs this April. Pretty nice way to break the streak of three straight lottery-years, I'd say.

Seriously, if the first three games are any kind of legitimate indicator, it could be a fun season. I've attended both of the home games, and each one was encouraging for different reasons.

1. The Jazz are deep and athletic: In the season-opener against the Rockets, Kirilenko barely even showed up, and Okur hit about .250 on the night, yet the Jazz stayed ahead throughout. They did it because guys contributed all over the place. CJ Miles opened the game with twelve points, Boozer took down ninteen rebounds, and even the rookie threw down a couple of nice dunks.

2. Fisher and Williams took charge: After leading for the whole game, the Jazz let their lead slip down to two against Dominique and the Rockets as the fourth quarter wound down to crunch time. But instead of roll over, Williams quarterbacked with confidence and Fisher stepped up to hit a couple of clutch jumpers. It's exactly what we need: Williams maturing and Fisher stabilizing.

3. No one died: Sure, there are 79 more games to go, but it's at least a little encouraging that three games in we haven't lost anyone to a hamstring pull, broken foot, broken wrist, bad back, or harpooning.

4. We clobbered the chump team: I've been watching the Jazz for twenty years now, and one of their major shortcomings all through that time was a tendency to play the tough teams hard and let up on the dogs. Not Saturday. We should have squashed Golden State--with or without Don Nelson--and we did.

5. Deron Williams put his hand over his heart for the National Anthem: Call me a purist, but it's good to know that Williams is following Stockton's example in multiple ways. Unless that wasn't Williams--my seats are pretty far up. It could have been Frank Layden.

6. We have lots of foreign guys: The US team got trashed last summer, so the way I see it, having guys from Croatia, Russia, Turkey, Brazil, and North Hollywood can only work in our favor.

There was also that thing about beating the Suns in Phoenix, but I didn't see that game, though I hear it was a swell time.

To be fair, there were some concerns as well:

1. Attendance is still low: This one is on us. Larry dropped all the prices, and we honestly look like a good team, but if we want to have that home court dominance we had back in the 90's, people are actually going to have to show up for the game. And that doesn't just mean in the upper-bowl; that means all the lower-bowl season-ticket holding bigwigs, too.

2. We have male cheerleaders: I don't care if they can bench-press Buicks or if they're only there because of the proximity to the female cheerleaders, guy cheerleaders should be legally confined to remote college alcoves, only periodically released to show up and get mocked at home football games.

3. Delta Center acoustics still suck: I say this mostly because I'm going to see The Who next week, but I also say it because I'm concerned that the players on the court can't hear me when I yell at them from row 15 in section 127. And if they can't hear me, then we're going to have to rely on Kirilenko's Tazmanian Devil-style defense almost exclusively.

4. Billy Ray Cyrus sang the season-opening National Anthem: I'm happy to report that Billy Ray has foresaken his trademark mullet for a more surfer-grunge shag with highlights, but this is still the man who punished us with "Achy Breaky Heart". You think I'm just going to forget about that? (Some Osmond guy sang the anthem for the Golden State game).