—Citizens across the globe are still in shock today after yesterday’s news that beloved son, brother, cousin and legal counsel Joshua met with the infinite. 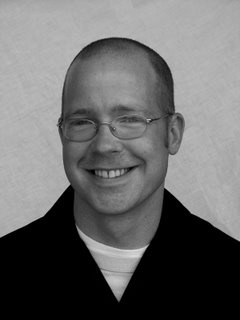 Joshua Twentysomething was working at his office job at the when, according to advisor Steve Geyer, “he just kind of went, poof!”

Circumstances surrounding his death are still in question. Geyer’s official testimony indicates that while showing him photos recently shot on a hike up in , he simply slipped off into thin air. However, due to an expanding list of mortal enemies and a laundry list of well-known substance addictions, rumors of foul play have not been summarily dismissed.

“Sure, Josh had enemies,” said friend and colleague Lloyd Frandsen, “but you’re not really living if you’re not stepping on toes.”

Other co-workers were less inclined to provide information.

“Did he work here?” asked , another USU advisor. “Oh, he was that guy across the room that’s always on the Internet! Sure, someone might have killed him.”

Josh was only 10 years old at the time of his death. He is survived by his parents, Alan and Karen, his sister Katie, and numerous other family and friends. He is preceded in death by his two brothers, Joshua Adolescent and Joshua Teenage, both of whom expired at the young age of ten.

“Josh was a great brother,” says sister Katie, “but he had an almost inhuman addiction to Red Iguana salsa. I’ll bet that stuff just ate him from the inside. I lost a whole quarter in that stuff once.”

Joshua was born in Octoberth, in . At the time of his death, he was employed as an adjunct instructor for . Joshua loved to write, and made regular postings to his blog, The Wounded Mosquito, which managed to develop a loyal cult following some have estimated at five members.

During his short ten years, Josh managed to earn two college degrees and accumulate four and a half years of college teaching experience. He also won a recent salsa contest.

“The only thing I want to know is how we’re going to divide up his Jazz tickets,” said night manager Troy Shoop. “That jerk got in our office draft. I want my Bron-Bron time! I want to be a witness!”

A viewing has been scheduled for this weekend at the Red Iguana on South Temple and 8th West in between 6-10pm. In lieu of a body, guests will be invited to pay their respects to a life-sized stuffed dummy named Patsy that Joshua left in his parent’s shed several years ago. Chips and salsa will be complimentary.

On a brighter note, the family also reported the birth of the newest member of the family, Joshua Thirtysomething, a bright young boy weighing 175 lbs, 4 oz.

“We’re going to miss our son a lot,” said Karen, matriarch of the family. “But you know, he left a lot of crap in our basement that he never bothered to clean up. Maybe this new kid won’t be such a pack rat.”

Posted by The Professor at 4:56 PM