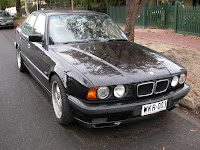 Last weekend my dad and I got together to go test drive some BMW's at Harrison Imports in Bountiful. One of them was a sweet 5-series that could run like there was no tomorrow. The mileage was a little high, but the price was reasonable, and for a while I wondered if it was time for Josh to make a little auto upgrade.

Then I realized something. The 5-series had a V-8, probably got around 20 miles per gallon and took premium unleaded gas. So I backed off, and I was ashamed of it. Even as the summer’s gas surge starts to cool off, I began to wonder if it was still enough to kill the American love affair with the open road. I wondered if Salt Lake City was doomed to become a clustered network of train tracks and rickshaw paths, shuttling the downtown population back and forth in a lifeless post-automotive nightmare. I'm all for alternate fuel innovation, but I can't drive 55...especially if it's in a Prius. 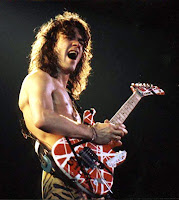 The short answer is no. The American love affair with the SUV might be over, but like Wheaties and Eddie Van Halen, our relationship with the open road is here to stay; America is not about to cut ties with Henry Ford's baby.

But I do hope that one thing comes out of this mess. I hope people wake up enough to finish what has started in the last few months. As much as I want a break at the pump, I worry that if prices drop too much too fast we'll go right back to our old ways. And next time, we really might wind up paying ten bucks a gallon. We keep running these stories about some guy in Indiana who's getting 200 miles per gallon out of his '85 Mustang. Well, let's get these cars off the airways and onto the roads, cause I'm tired of letting a rich oil guy from Dubai build mile-high skyscrapers with my gas money while his next-door neighbor plots to blow me up. America’s dependence on foreign oil is like dating a Paris Hilton; it never really makes you happy, but you’re too afraid of being single again to cut the cord. 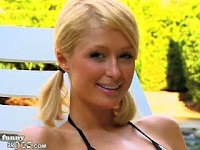 Yet even Paris knows that the best solution is to go for a balanced strategy of domestic oil production and alternative fuel development. If Nancy Pelosi won't let me drill in my own backyard, we should go drill up in Canada. That place is huge, and there's hardly anyone even up there to notice. And if they do, we can just make them the 51st state they've always wanted to be. If that's what it takes to get me in my BMW, then so be it. 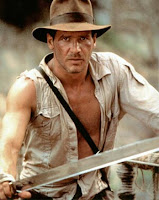 Cause I don't ever want to have to stand on a used car lot again and tell some salesman that ‘it's not the years, honey; it's the gas mileage.’”
Posted by The Professor at 2:26 PM