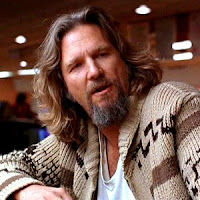 “This aggression will not stand.”
-George Herbert Walker Bush (to Saddam Hussein, 1990)

There comes a time in a man’s life when he can no longer stand silent in the face of an ongoing travesty. When he can no longer choose pacifism when he is surrounded by unadulterated hatred. When he must speak up to those closest to him and plead for reason, even as his most trusted peers shun basic human logic. I’m speaking, of course, of your Flixter Movie Ratings.

Actually I’m only referring to one of them. One that has continued to baffle me over and over and over. Through the years I’ve come to understand that when it comes to artistic taste, I am, more often than not, in the minority. That’s fine. I know I can’t convert all of you from country music. I know not all of you will dig Ray Bradbury.

As I’ve scanned through that little movie rating comparison thing, over and over I’ve seen this movie get consistently low ratings. One star. Maybe two. Doesn’t matter if it’s a girl, a guy, a transvestite, or an inanimate object. Most of you don’t like “E.T.”, and for the life of me I can’t understand why. Hating “E.T.” is like hating puppies.

Have you no souls? Do you not bleed red? I mean, I can understand if you don’t like Wes Anderson’s movies. The humor is dry as day-old toast. In Tooele. But “E.T.”? What’s the problem?

Is it the presence of Drew Barrymore? That can’t be…she filmed “E.T.” when she was still young and innocent, years from saying “I do” to Tom Green and “Charlie’s Angels: Full Throttle”. Back before the drug years, the partying years, and the pre-teen years that followed them.

Does “E.T.” look too funny? That doesn’t work, either. HE’S AN ALIEN. He’s supposed to look funny. If you had been traveling thousands of light years across the galaxy in a giant basketball on a lifelong mission to collect plants, you might look a bit odd, too. 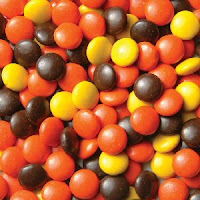 Are you angry because the producers went with Reese’s Pieces instead of M&M’s? Well guess what? M&M’s had their chance, and they said no! That’s right, folks: the geniuses in M&M land looked Steven Spielberg right in the eye, less than a decade after the man directed “Jaws”, “Close Encounters of the Third Kind”, and “Raiders of the Lost Ark”, and said “no thanks, we don’t want to sponsor your little alien movie that’s marketed for kids.” Besides…I’ve got news for you…Reese’s Pieces are way better than M&M’s. Way!

Do you have a problem with Steven Spielberg? Come on! “E.T.” was made in the middle of Spielberg’s golden era, when he would still show up on set dressed in nutter shorts and trucker hats, with a gleam in his eye (behind his aviator sunglasses) that seemed to say, “I can’t believe I’m getting paid millions to make movies!” This was when he was young and full of life, long before he decided to go Judas on the Boy Scouts, long before “A.I.”. Give the man a break.

Look, it’s not very often that a movie gets to me anymore, but this one does every time. When I saw it as a kid I dismissed it because I didn’t want to look like a sap. Seriously, I was six years old…what six year old wants to admit he has emotions other than “I must destroy all competition and consume candy”? But now I'm an adult, and secure in my sensitive feelings. I can even hug another man without guardedly slapping his back. “E.T.” brings together the best of Steven Spielberg and John Williams, combining a story that embodied Spielberg’s childhood (meaning the separation of his parents, not the time he met a fat little alien with a cowbell-shaped head) with some of the best music Williams ever wrote. 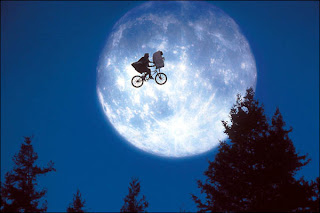 Really, listen to the theme swoop in when Elliot rides his bike off the cliff, during that one millisecond when the bike lurches forward before ET’s telepathic guidance system kicks in and flies him off into the night, past the moon in that iconic poster shot. Or the emotional rollercoaster of ET dying, then coming back to life and setting off that dramatic bike chase that was every kid’s dream. The chase where the kids were the heroes. This wasn’t Indiana Jones riding a horse, this was a bunch of kids you probably knew from school, racing their bikes against cops so they could rescue the little alien dude that only they seemed to understand.

See, that’s what “E.T.” is really about: kids. Being a kid. Dealing with grown-ups who don’t get you. Connecting with someone who does. Being young. I just don’t see how we can’t relate to that. When I watch Eliot in his darkened bedroom, proudly showing ET his collection of “Star Wars” action figures—because that’s exactly how a kid would introduce an alien to our culture—Eliot is me. I even had the same guys Eliot was showing him—Greedo…Lando…Hammerhead. Maybe it’s just about timing. Maybe you had to be there.

I still don’t buy it, though. If anyone dissed on “E.T.” because they haven’t seen it in years, I say go watch it again. Remember, I gave “The Office” a second chance. If you still hate it, fine. I’ll still be your Facebook friend. At least you tried. Go watch “Titanic” again. But if you decide you love it, then welcome aboard. When it comes to phoning home, this wagon has unlimited minutes.

Josh
Posted by The Professor at 11:17 AM